Summer and Ale are beyond star-crossed on Netflix’s hit Italian soap Summertime.

But the Season 2 finale only rubbed salt into the broken hearts and teary eyes of fans who have been rooting for this cute but angsty couple for two unrequited seasons. The first time around, Ale moved away to Barcelona to pursue professional motorcycle racing, so he broke up with Summer. And this time, Summer actually listened to the ravings of a jealous and insecure Lola and broke up with Ale because, as Lola pointed out, Summer doesn’t know dude’s pre-racing habits.

Summer? Girl. You could’ve gotten to know that side of Ale with time. Are you seriously throwing away a steamy love affair with this ridiculously attractive man over such minor trifles? How did Summer even talk to Lola all of that time? Only a crazy person would hop on a plane just to break up her ex-boyfriend and the woman he really loves. Lola was a rebound, and the fact that she didn’t understand that when Edo understood his “layover” role is beyond baffling.

What is equally baffling is whether or not Lola intentionally injured herself during her final motorcycle race with Ale or if it was indeed an accident. This being a soapy teen romance, our money says Lola did that mess on purpose. This was after she told Ale she was going to be competing on another racing team. Worse still, we don’t know the extent of Lola’s injuries or if she will survive the accident at all. 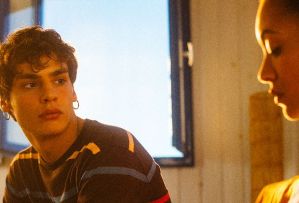 This is why Summer’s eyes filled with sorrowful tears at the end of the finale. No matter the outcome, her love affair with Ale will never be the same. If Lola lives, he will stay by her side out of guilt, and if she dies, he will feel haunted and responsible and probably turn into a recluse and leave racing for good. But at least Ale has his father, who straight-up headbutted Miguel for talking smack about Ale after Lola’s collision. To be fair, that accident wasn’t Ale’s fault. Lola pulled in too closely and lost control. Hopefully, she’ll live so she can learn from her mistakes.

Speaking of mistakes, shouldn’t Summer move to Paris now and go to the university on that scholarship she earned? Clearly, her parents have their own drama with their separation and accidental pregnancy, but they really need to check on Summer and make sure she takes advantage of a free and beneficial education. Edo, meanwhile, has moved on with Giulia and is possibly off to Hamburg to trace his late mother’s roots, which is beyond sweet. Blue has Alfredo and their long-distance love, Dario and Rita have found a sweet spot with her son Davide, and Sofi has Irene. Or maybe she doesn’t want Irene anymore? It’s unclear.

What is clear is that Summer and Ale need to talk, be completely honest with each other and figure things out. Because their love, even with all of its ups and downs and interruptions, is beautiful, and they should be together. Maybe Season 3, if there is one, will be the charm.

What did you think of the Season 2 finale of Summertime? Grade it in our poll, and drop a thought or two in the comments below about Lola’s accident.