Loki is ready for his close-up, as the star of Disney+’s third live-action Marvel series (premiering this Wednesday — yes, Wednesday — June 9). Is the trickster still a treat when given much more to do than steal the occasional MCU scene?

Replaying and then picking up immediately after Loki’s appearance in Avengers: Endgame — where as a prisoner circa 2012, he happened upon a dropped Tesseract and teleported to (hopefully!) freedom — the first episode quickly lands the Asgardian trickster right back in custody, nabbed by the TVA (Time Variance Authority). Identified as an anachronistic “variant,” Loki is subject to a bureaucratic slog of a registration process led by Miss Minutes (voiced by Tara Strong), a helpful cartoon character who schools him and us on the Time Keepers, a holy trinity whose mission is to protect the “sacred timeline” from anomalies that could lead to the “madness” of a “multiverse” war. (Doctor Strange 2 plug? Check!)

In these early scenes, MCU vet Tom Hiddleston effortlessly slips back into not just the role of Loki, but specifically the version of him that was about to be imprisoned more than a decade ago in the films’ timeline, and thus was a bit more bratty. 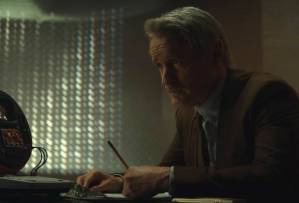 Meanwhile, TVA agent Mobius M. Mobius (played with just the right amount of chill by Owen Wilson) is investigating the latest murders by an especially violent variant, in 1549 France, when he gets wind of Loki’s apprehension. Instantly, Mobius’ wheels start turning… though it takes about half of an episode too long for his out-of-the-box idea to present itself, when we can easily foresee where this is heading. Instead, we get much intra-agency squabbling and a requisite escape attempt — though a quiet sequence where Loki watches seminal moments from his MCU life (including those not yet lived…) proves to be quite moving. (Here is where I felt at a slight disadvantage, having never seen Thor: Dark World; don’t make me.)

The banter between Hiddleston and Wilson is electric and often hilarious — a significant upgrade from what Falcon and Winter Soldier believed it was doing — and I cannot stress how critical that is, since the two, roughly 50-minute episodes sent to critics (out of six total) revolves around their push me/pull you dynamic. (The fact that Loki and Mobius at one point make what is essentially a library all-nighter as entertaining as it is is testament to the actors’ chemistry.) 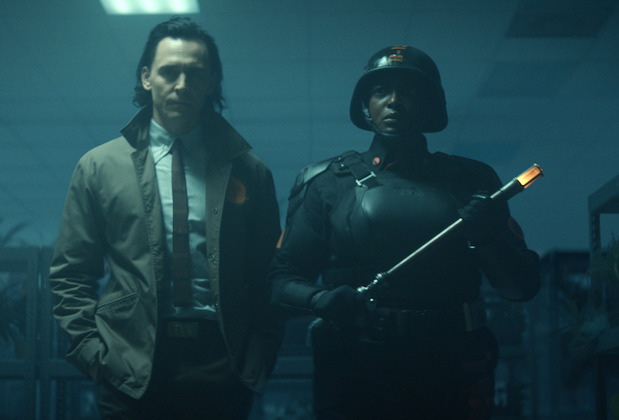 The early episodes also feature Wunmi Mosaku (Lovecraft Country) as B-15, a badass and quietly funny TVA hunter tasked with keeping Loki in check (and who understandably grows exasperated doing so!) and Gugu Mbatha-Raw (The Morning Show) as Ravonna Lexus Renslayer, a TVA justice who thus far is a bit underwritten and comes off as that police captain forever wagging her finger at Mobius and his unorthodox crimesolving ways. But as Loki repeatedly clamors for an audience with the mighty Time Keepers, her role will surely expand and deepen. Sophia Di Martino (the U.K.’s Casualty) and Richard E. Grant (Dispatches From Elsewhere) also star. 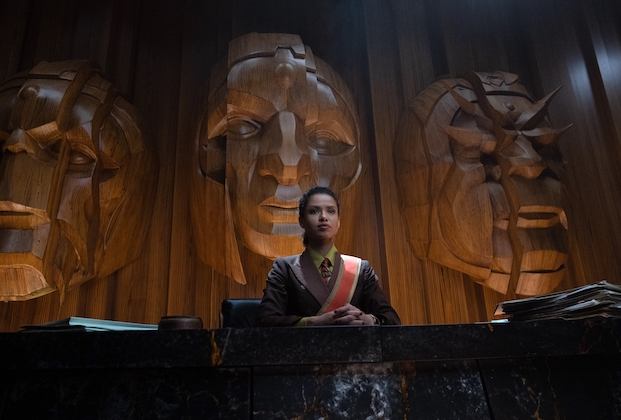 The set design for Loki is top-notch, evoking Terry Gilliam’s Brazil with its art deco depiction of the TVA’s base of operations, while nifty visual effects are employed to keep Loki “chained up” and to dispatch agents to time period after time period.

Once the premise for the series is in place, things get very fun, as Loki channels his mischievous brilliance into splendid detective work and he and Mobius engage in some timey-wimey theory testing, all building to a tantalizing, two-pronged reveal — one capping each hour — that opens up all kinds of possibilities for the rest of the six-episode season.

THE TVLINE BOTTOM LINE: Loki promises to be a good time (after time).