Warning: The following contains spoilers for Tuesday’s Cruel Summer. Proceed at your own risk!

“I wasn’t always locked in the basement.”

With those words, Cruel Summer‘s penultimate episode unveiled the surprising turn of events that led to Kate’s kidnapping.

After running away from home and coming to Martin, the teen entered into a secret romantic relationship with the vice principal. As the outside world searched for Kate, the pair hid behind the closed curtains and doors of Martin’s house, dreaming of the day when Kate would turn 18. But as the weeks turned into months, Kate grew homesick and suffocated by her entrapment. After she snuck out in the middle of the night to see her parents, Martin became angry. Then when Kate declared during Christmas dinner that she wanted to leave, Martin argued that his life would be over if people found out she’d been staying with him. Even though Kate was scared of Martin for the first time in that moment, she asked for her suitcase, which Martin told her was in the basement. As she went to grab it, Martin locked her up.

Below, star Olivia Holt talks about filming the pivotal hour, the crucial line of dialogue that led to Kate’s kidnapping and her close call with Jeanette, who broke into Martin’s home while Kate was living there. The actress also weighs in on whether Kate’s new BFF Mallory is truly her friend.

TVLINE | This is a big backstory episode where we find out a lot about what happened between Martin and Kate, and you’re in almost every single scene. What was the experience of shooting it like for you?
It was wild. Blake [Lee] and I, technically, lived in that house. We pretty much camped out there. Our base camp was about 20 minutes away from that location, so we kind of set up camp [at the house]. We ate lunch there, we brought our yoga mats and hung out in a room and just sort of decompressed during our time off. But it was a lot. It felt like shooting a little mini movie, in a way. 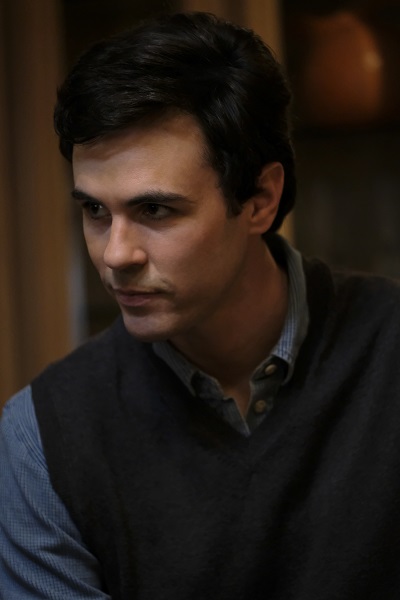 TVLINE | The subject matter that you’re dealing with in this episode is very sensitive. Did that add more pressure to get it right?
Of course. There was a lot of pressure to execute in a really honest and real way. There was a lot of communication between Blake and me and the creatives to just make sure that we’re telling this story honestly, because it’s so often that we see in television and film an older person and a younger person being romanticized, but we didn’t want to glamorize this, because it’s not OK. And yeah, there was definitely some pressure, but we first needed to educate ourselves a little bit more on the concepts of grooming and gaslighting and manipulation and make sure that we were really telling the story truthfully.

TVLINE | What kind of conversations did you have with Blake and the producers? Were there specific scenes or lines of dialogue that you discussed?
We shot this episode a lot in chronological order because we’re not really bouncing back and forth as much [between] all of the years. Because we were in one location, we were able to shoot everything in the same timeline that you’re seeing it, and I think our last day of shooting was the Christmas dinner scene, and it was really important to get the dialogue correct on that, because that is the ultimate turning point for both Martin and Kate. There is actually a line where they’re sitting at the dinner table and Kate wants to leave and Martin’s not allowing her to, and she says, “You sound a lot like –,” and he cuts her off and says, “What? Your dad?” and she says, “No, my kidnapper.” And that specific interaction is so important for the audience to witness, because I don’t think that Martin had ever planned to kidnap Kate, but I do think that, in a way, her saying that sort of gives him the idea. The dialogue in this episode was incredibly important, and especially in that scene, because of how significant that scene is to the fate of both Martin and Kate’s lives. 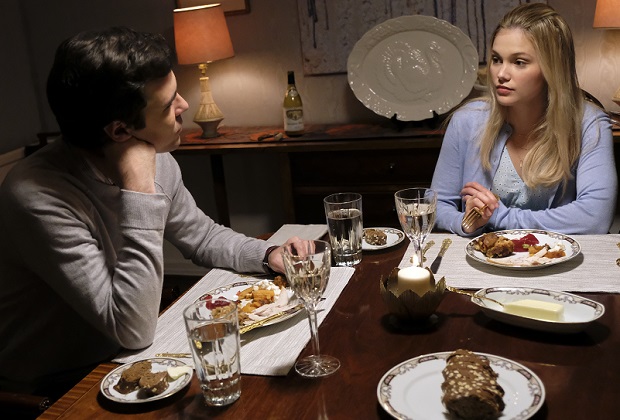 TVLINE | It’s interesting you say she kind of gives him the idea to kidnap her. Watching this episode, I couldn’t help feeling like she was captured by him long before he kidnapped her.
Right, and unintentionally, she was. There was a fear, obviously, of her leaving the house because he didn’t want anybody to know. So you’re right, but I don’t think that he ever intentionally planned to lock her in the basement. But he knew what he was doing was wrong. I mean, he had curtains up in the house. The whole episode, he is finding new ways to keep her in the house and to make sure that nobody knows that she’s in there.

TVLINE | There’s a really pivotal scene where Jeanette breaks into the house and steals the snow globe and drops her necklace, and Kate keeps that to herself. The events there are kind of similar to what she’s been telling people about Jeanette having seen her and not helping her. Is Kate twisting this scenario around a bit to fit her narrative?
[Pauses] I think what we’re trying to say here is that one, she finds the necklace, but Kate can’t say anything to any authority because she doesn’t want anybody to know that she’s there. I think the reason that she keeps that to herself [is] she’s young, she doesn’t really know what she’s doing. She wants to know, but she isn’t sure, and I think there are parts of her that are twisting things to fit her own narrative, but I don’t think she’s doing it intentionally.

TVLINE | Kate’s therapist says maybe a part of her was hoping that Jeanette would turn Martin into the authorities so she wouldn’t have to leave him on her own. Does that mean Kate thinks Jeanette saw her when she stole the snow globe? What would Jeanette turn Martin in for at that point?
I don’t know if I can answer that without giving it away! I feel like this is sneaky! [Laughs] This is towards the end of the season, and I think everybody’s questions are going to be answered. So we are getting closer to the truth. But I do think that this part plays a massive part in the twist and the ending. That’s all I’m going to say!

TVLINE | Did you have any concerns about the fact that Kate was not being entirely truthful with everybody about what happened? Were you worried at all how that would paint her as a character?
No, because everybody in the show has a truth and a lie, and I, ultimately, think she is doing right by what she truthfully believes is true. Did she bend a couple of things? Yes, but so did everybody else. I don’t think that it affected me, because we’re all human and she’s young, and again, she is desperate for people to believe her. And so she’ll do what she needs to do, just like Jeanette will. 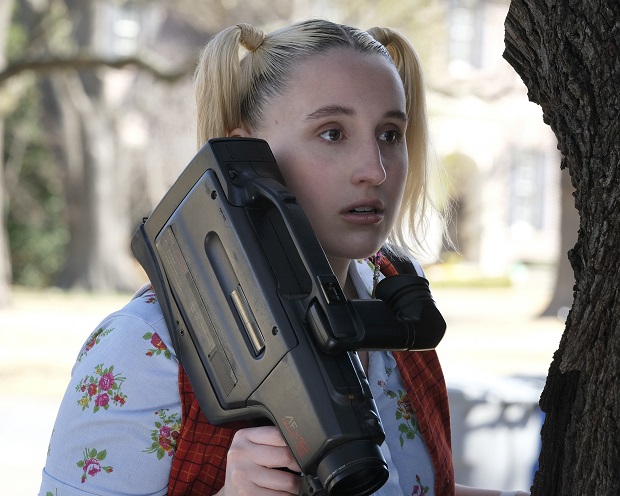 TVLINE | We don’t see much of Mallory in this episode, but she and Kate have formed a friendship in the ’94 and ’95 timelines. How trustworthy is Mallory, though?
[Laughs] I actually think that the relationship between Kate and Mallory is the most honest relationship in the show.

TVLINE | A lot of people have theories about Mallory, and they’re not kind theories.
I know. This all just plays into the finale. Every character has an intention to both of the girls, and ultimately, we’re going to see why some of the characters have made the decisions that they’ve made. I know, right now, Mallory is sort of on everybody’s s—t list, but I think for good reason.

Cruel Summer fans, what did you think of the episode? Hit the comments with your theories and finale predictions!