Another superhero is taking flight on Batwoman!

Having just cheated death (or, more accurately, had it cheated for him), Luke Fox (played by Camrus Johnson) is on track to suit up as Batwing— and TVLine has a first look.

Batwing will step up as Batwoman’s (Javicia Leslie) “crime-fighting counterpart” as they work to clean up a]mess in the CW series’ Season 2 finale (airing Sunday, June 27). But before Luke can fully embrace the awesome and powerful nature of his supersuit, “he must first overcome his own personal demons,” says the official description.

The Batwing suit was conceptualized by Batwoman costume designer Maya Mani  — who also worked on Arrow, The Flash and DC’s Legends of Tomorrow — with assistance from Diana Patterson and illustrator Andy Poon.

“Honestly, it’s hard to explain how much it means to me to wear the Batwing suit and officially play my first superhero,” Johnson said in a statement. “The main reason I wanted to be in Batwoman was for this opportunity — to give kids like me another Black hero to look up to and relate to. It’s hard not to smile when I catch myself in the mirror with the bat symbol on my chest, and I’ll keep smiling through every fight scene, every awesome stunt, and every Gotham night where Batwing is finally in the field!”

Check out Johnson in action as Batwing in the photos below. 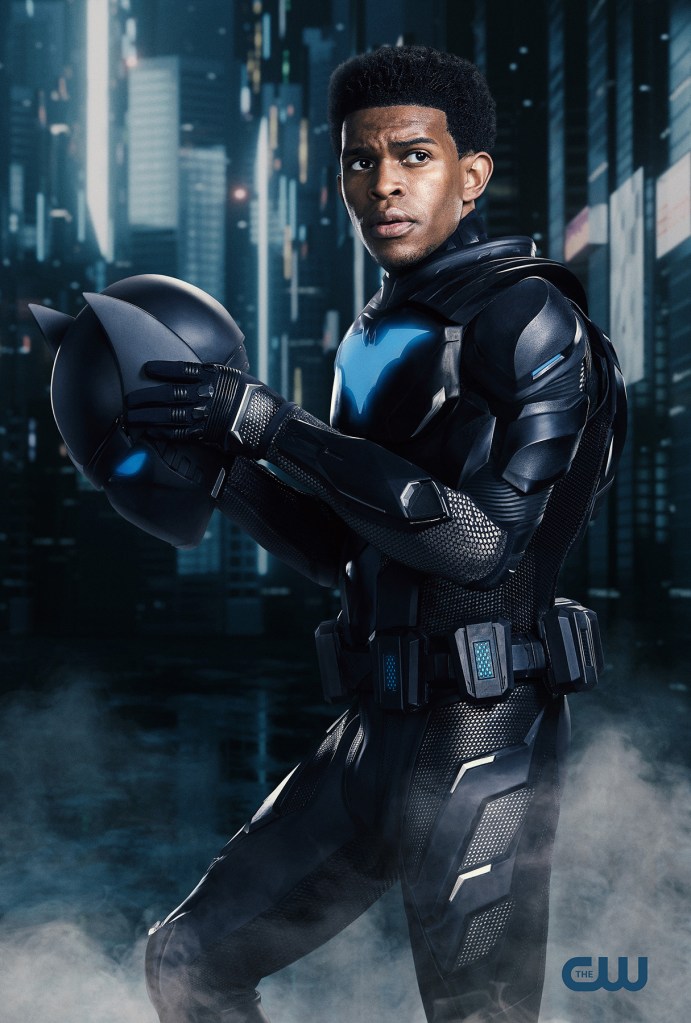 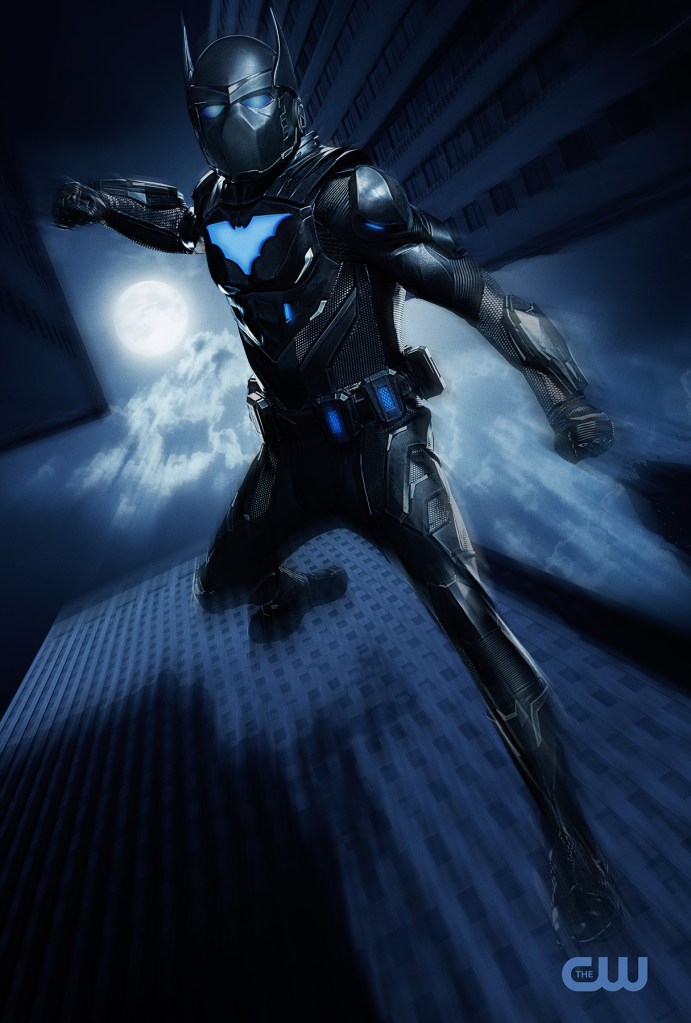 This week’s episode, airing Sunday at 9/8c, will see a familiar foe make their way to Gotham, forcing Batwoman and Mary (Nicole Kang) to rely on each other more than ever. Meanwhile, Alice (Rachel Skarsten) finds a new mission and an unexpected ally. The hour will also see Arrow‘s David Ramsey reprise his role as John Diggle and give Luke some much-needed advice.

What do you think of the new suit? Sound off in comments!