We’ve got questions, and you’ve (maybe) got answers! With another week of TV gone by, we’re lobbing queries left and right about shows including Mythic Quest, Mare of Easttown, The Good Doctor, Grey’s Anatomy, Nancy Drew and Clarice!

1 | On last week’s Mythic Quest, who was more childish — Poppy for not truly sharing her vulnerabilities, or Ian for lashing out and telling Poppy she’s going to fail without him? 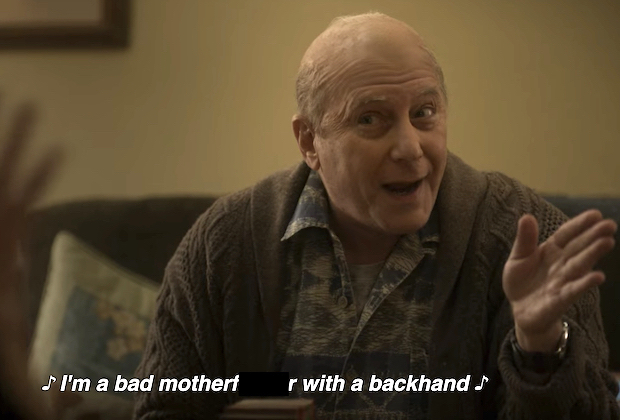 2 | Was there a more random 30 seconds of television in the first half of 2021 than The Kominsky Method‘s Paul Reiser singing (?) some of Megan Thee Stallion’s “Make It Hot” to Kathleen Turner?

3 | For the Mosquito Coast viewers who also watched The Leftovers, did you gasp when Paterson Joseph (aka The Leftovers‘ Holy Wayne) emerged as the man behind Calaca?

4 | Alright, about that Mare of Easttown finale (SPOILERS AHEAD!): Now that we know Ryan was the killer, why would Billy be taking the fall for him? Why wouldn’t his dad John step up in the first place, especially since he was the one sleeping with Erin? And would you watch a Season 2, if only to spend more time with Jean Smart’s Helen?

5 | Pose fans, did it happen to get a little dusty in your living room when Angel and Papi were reading their wedding vows to each other? And was that really Angel Bismark Curiel’s voice singing “I Swear” during the ceremony? 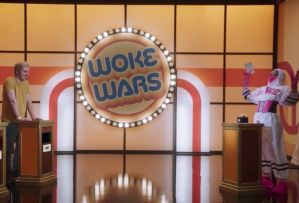 7 | We can all agree that wasn’t the real Marcus Samuelsson on Run the World, right? And who lowkey had the better Karaoke skills — Ella, Matthew, Sondi, or Ola?

9 | Did The Good Doctor‘s Freddie Highmore catch you off guard with his fluency in Spanish throughout Part 1 of the Guatemala-set Season 4 finale?

10 | Has anyone been able to make sense of how/in what order Paramount+’s CBS hub arranges its shows? And how is there still no Watch List option?? 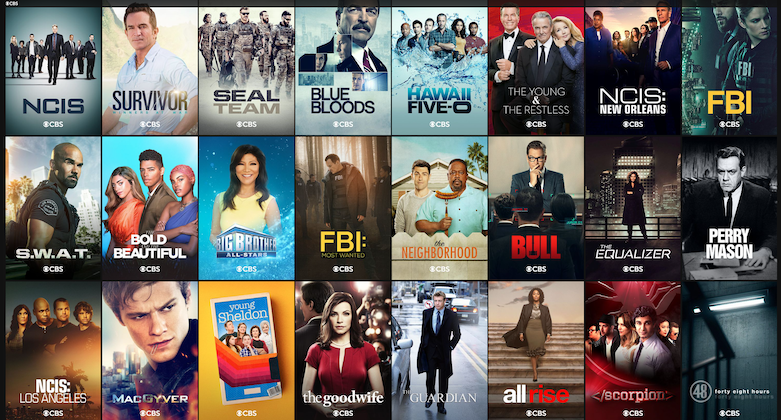 11 | Are we all by ourselves or were America’s Got Talent‘s Sofia Vergara and 10-year-old singing phenom Peter Rosalita having a Gloria and Manny moment? 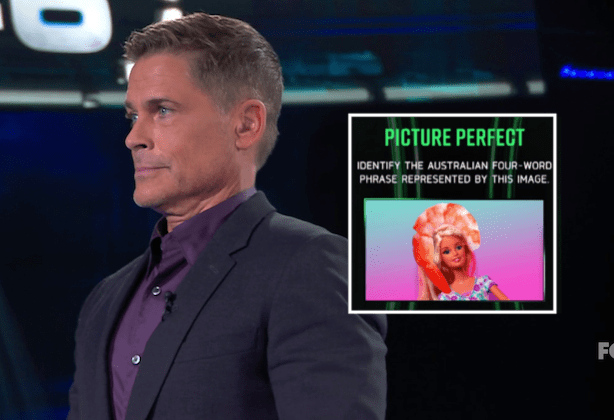 12 | Was there anything funnier on TV this week than Mental Samurai’s Rob Lowe barely keeping it together when a contestant clearly had never heard of the phrase “shrimp on the barbie” and couldn’t decipher this easy clue?

13 | We understand replacing Chris Harrison as the host of Bachelor in Paradise, but… David Spade??! 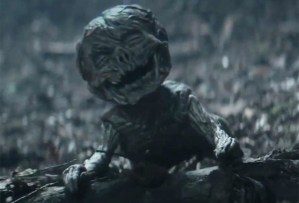 14 | Screw Beebo — when is The CW going to give Nancy Drew’s baby wraith its own Christmas special?

15 | Based on The Challenge: All Stars reunion (and the season as a whole), does Kendal deserve all of the shade thrown her way? And now that the season is officially over, who do you want to see on a potential Season 2?

16 | Didn’t Station 19’s Bailey kinda yell so loudly that Dean should tell Vic he loved her that she would have heard from across the room? Or are the acoustics at Kaminski’s really challenging?

17 | Was it really believable that Grey’s Anatomy‘s Amelia had to be on call during and miss Maggie’s first attempt at marrying Winston? And wouldn’t the couple’s relatives have expressed their extreme dissatisfaction with the backyard wedding before officiant Richard asked if anyone had an objection? Finally, did Link jinx his proposal to Amelia by staging it during the reception for Maggie and Winston’s second ceremony? 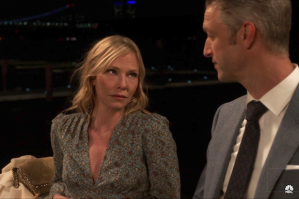 18 | Ladies: During the SVU finale, while Rollins was looking like that at Carisi… were you looking at her purse, wondering why she’d take the risk of balancing it on that narrow railing over the water when there was an empty tabletop nearby?

19 | Will Clarice face any consequences or blowback from her decision to turn Senator Martin’s daughter into the police?

20 | What exactly is Rebel charged with next week, that she gets mugshots taken and scandalizes Cruz’s case by association? (All she did was argue with an ex-husband on his boat, and then accidentally fall overboard.)

21 | Not to get too morbid, but… what the heck did Sweet Tooth do with his dad’s body?