No Tomorrow‘s Tori Anderson is among the latest to say aloha to CBS’ NCIS: Hawai’i.

As previously reported, Vanessa Lachey will head up the freshman drama as Jane Tennant, the first female SAC of NCIS.

Our sister site Deadline says that Anderson (whose credits also include Blindspot and Killjoys) will fill the series regular role of Kate Whistler, an agent of the Defense Intelligence Agency who is intent on climbing the professional ladder. 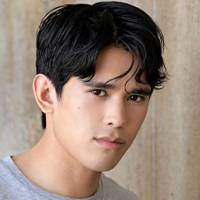 Additionally, Kian Talan (Brainchild) has been cast as Agent Tennant’s oldest child, Alex, a 16-year-old who is “strong-willed and mature beyond his years.”

Rounding out the NCIS: Hawai’i roster thus far are Yasmine Al-Bustami (The Chosen) as Lucy, the eager, junior member of Tennant’s team, and Jason Antoon (Claws) as Ernice, the team’s cyber intelligence specialist.

NCIS: Hawai’i will air Mondays at 10/9c this fall, leading out of the relocated NCIS mothership.