When The CW’s The Flash resumes Season 7, it will bid farewell to Cisco Ramone with an episode that suits the tech whiz’s oftentimes playful demeanor.

As reported in May, Cisco’s portrayer, Carlos Valdes, has joined fellow original cast member Tom Cavanagh in parting ways with the superhero series after seven seasons. Cavanagh, sources say, will put in one final appearance (as one Wells or another!) at some point later this season, while Valdes’ character will say goodbye to Barry, Caitlin et al in the Tuesday, June 8 episode, after Cisco and lady love Kamilla (Victoria Park) announce their decision to embark on the next chapter of their life, together, away from Central City.

TVLine spoke with Valdes about his decision “a long time” in the making, what he will miss most, and the “silly” situation Team Flash must deal with before Cisco says his tearful farewell. 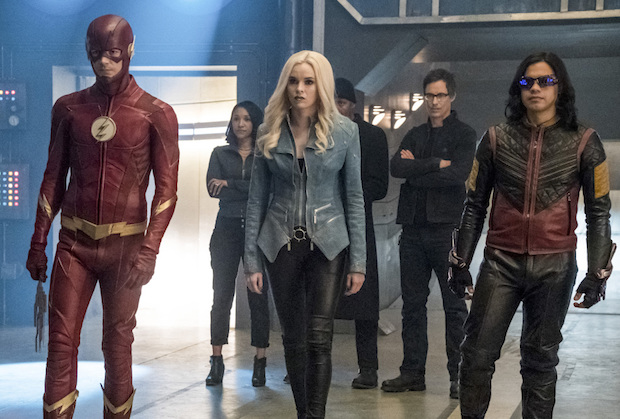 TVLINE | When did you first find yourself glancing at the proverbial or perhaps literal door?
[Laughs] I like that question. It’s been a long time, actually. Doing this kind of show with the sort of commitment that comes with it, it happened very fast, and I think that at the time I was in a place where I was still figuring out my life. And right around Season 4, I started debating what the end for this character might look like. So, that seed was always there, but it didn’t really start becoming a reality until much later on — like, the end of Season 5, Season 6, where I started to become more comfortable with the idea of, “Oh, I think there’s a good way to put an end to this chapter.” 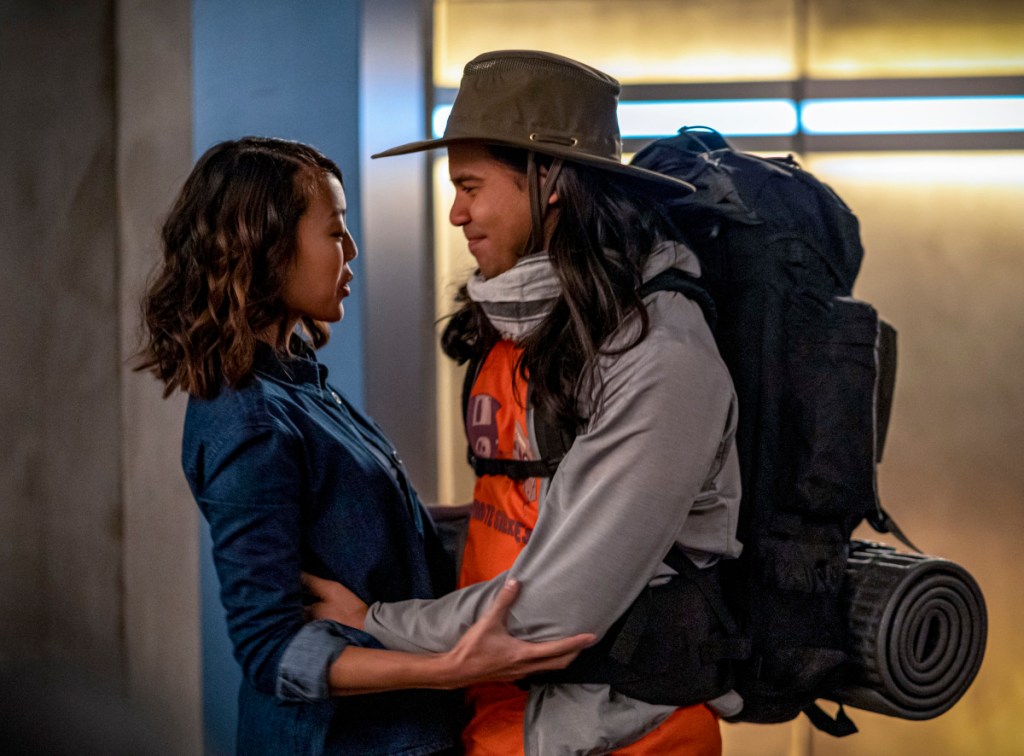 TVLINE | You’ve been the tech whiz, the sidekick, the evil doppelganger and the hero in his own right, you’ve had romantic interests…. You probably felt like you had explored a lot of the character.
I’ve explored a lot, but also [showrunner] Eric Wallace was really good at bringing in new life into the team, in terms of character exploration and character dynamics. Bringing in Chester and Allegra, and making Cecile a more consistent part of the story, that really lent some welcome and refreshing energy to not just the dynamics within the stories, but also our dynamic as a cast. That was really nice, actually.

TVLINE | What did you love most about your experience over these seven seasons?
It is so easy to get caught in the “pinhole” of working in Vancouver, and working on these episodes day in and day out, and living in the context of The Flash narrative. But every now and then, I’ll have an interaction with a fan, or read some kind of correspondence, that takes me out of that pinhole and endows me with enough perspective to be able to get in touch with how massive the influence of the legacy of this show is. There are people, all over the world, throughout the run of the show, that have identified with these characters. And there are people that have had to go through very arduous times in their life, and this show has helped them move through them and sort of “graduate” from those circumstances. That is so humbling, so getting to feel that and feel connected to people around the world in that way, who are moved by a story about, essentially, a kid who learns to run fast and save people and reckon with the ramifications of responsibility, has been the most beautiful and rewarding part of the last seven years of my life, for sure. 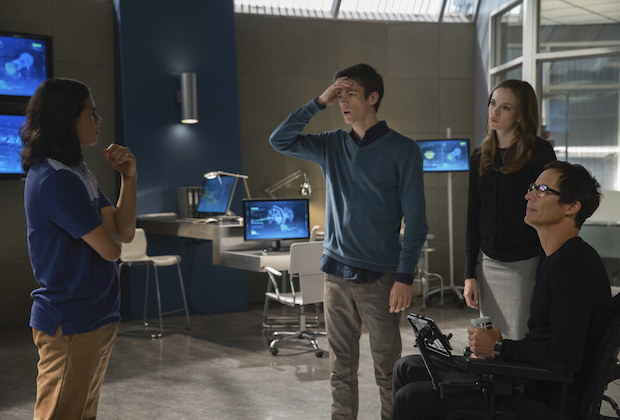 TVLINE | What are you going to miss most about being on this set? Any costars’ particular endearing or quirky antics, anyone belting out show tunes between takes…?
I’m not going to play favorites here, because my castmates will get mad at me if I do. But there absolutely is a favorite, and I won’t disclose who that favorite is! [Laughs]

I don’t know if you have this experience, but “work family” is an interesting thing, an interesting concept, because it’s not exactly family that you chose or that feels organic in any way. It’s really “forced family” by way of circumstance, so that can either succeed or fail miserably, and I consider myself extremely lucky to have been “trapped” [Laughs] with a group of people that are empathetic and passionate, smart, intuitive, talented and hard-working, because I think we all influence each other in those respects. So I’m going to miss that influence.

TVLINE | Previewing your final episode (airing Tuesday, June 8), did you like that it was a bit goofy and you got to do some “out there” things as Cisco?
I had a lot of fun. I had a lot of fun with this episode. Leaving a show after years of working on it can be such an emotionally complex event, sp to get the chance to be irreverent and kind of throw caution out the window and just play, just be silly, that ended up being a very cathartic experience for me. Because if it had been this very significant, intense, monumental goodbye, I think the pressure of delivering on that — and making it feel meaningful, for myself…. I don’t think that would have been the right way to go. I’m actually really grateful that Eric and the writers chose this route for my departure from the show. It’s a very silly, very goofy, low-stakes departure.