Welcome to the new iCarly! Paramount+ has unveiled the official trailer for the revival series, which finds the madcap gang all grown up.

In the sneak peak at the upcoming series (arriving Thursday, June 17), Miranda Cosgrove’s Carly restarts her wildly popular web series with help from her wacky older brother Spencer and best friend Freddie. Things are a bit more complicated this time around now that Carly is older, successful and dating.

Set 10 years after the Nickelodeon comedy aired its final episode, the series picks up with Carly and her friends in their twenties as they navigate work, family and romance. The continuation finds OG stars Cosgrove, Jerry Trainor and Nathan Kress all reprising their roles. iCarly vet Jennette McCurdy, however, will not be returning as Carly’s best friend Sam, after announcing in March that she retired from acting altogether. (McCurdy also starred opposite Ariana Grande in the spinoff Sam & Cat.)

The original iCarly series, which was created by Dan Schneider and aired on Nickelodeon from 2007-2012, centered on a group of best friends creating a webcast while grappling with everyday problems and adventures.

Check out the official trailer for the new series below. 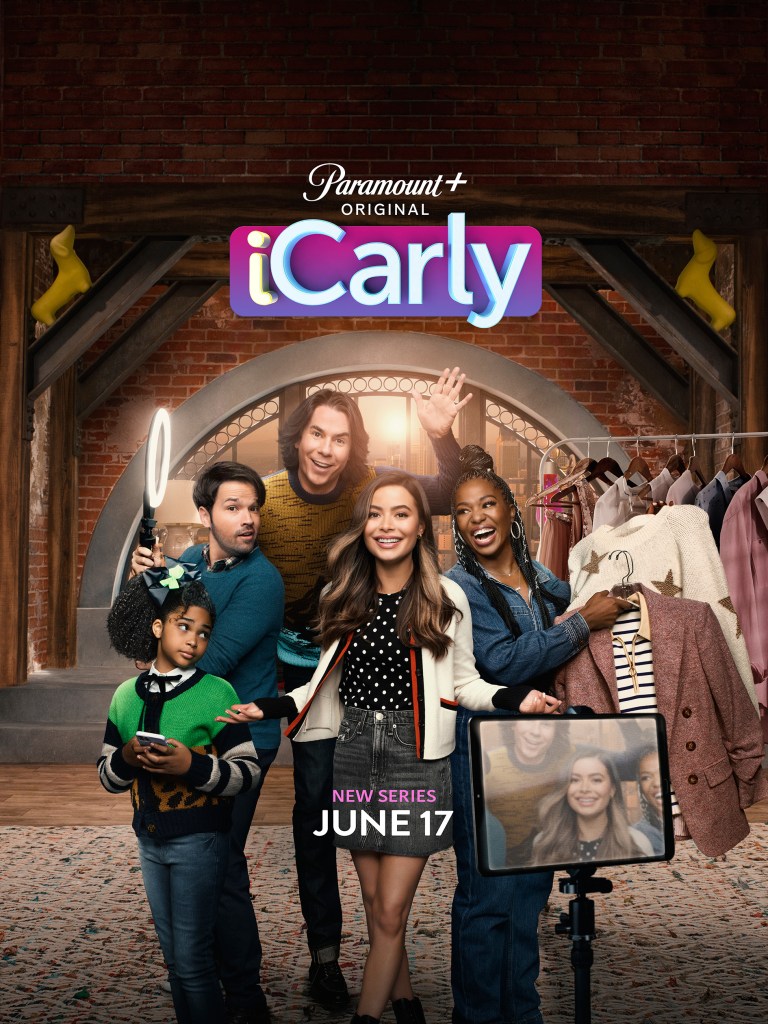 What did you think of the trailer? Are you excited about the iCarly revival? Let us know your thoughts in the comments below.