Mary E. Jones Parrish was a teacher, journalist and Tulsa Massacre survivor who chronicled the two-day atrocity in her 1922 book, Events of the Tulsa Disaster.

To this day, historians rely on Parrish’s first-person account, as well as those of the people she interviewed. A century after the massacre, Tulsa native and Oscar-nominated actress Alfre Woodard is narrating portions of Parrish’s work in the CNN documentary Dreamland: The Burning of Black Wall Street, which airs Monday at 9/8c. Executive-produced by NBA star LeBron James and directed by Salima Koroma, the film relies on historical, survivor and descendant accounts as well as interviews with everyday people who call Tulsa home.

Dreamland: The Burning of Black Wall Street is one of several TV documentaries and specials spotlighting Monday and Tuesday’s 100th anniversary of the Tulsa Massacre, one of (if not the most) horrific and racially violent state-sanctioned incidents in American history.

The trouble began when deputized, bigoted and armed white men used a misunderstanding in a department store elevator between a Black teenage boy and a white teenage girl as an excuse to murder hundreds of affluent and faultless Black residents in Greenwood while disenfranchising survivors by looting and burning down their homes and businesses. Several white pilots even used their planes to aerially drop dynamite and homemade bombs.

Hungry for more information and programming choices? Check out a few more Tulsa Massacre documentaries and specials below: 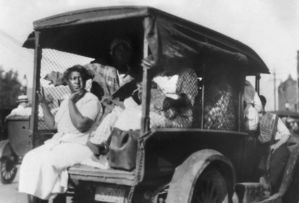 Tulsa: The Fire and the Forgotten (Monday at 9 pm on PBS): Although Washington Post journalist DeNeen L. Brown is not a descendant of the Tulsa Massacre, she grew up in the city and knew her teachers were hiding something when it came to the death and destruction that took place. The film, directed by Jonathan Silvers, sets the stage for Brown and others to track how newly freed Black enslaved people acquired land in Oklahoma before it was a state, the massacre itself and how some survivors fled while others stayed. Brown, a 35-year veteran of the Washington Post has been covering the aftermath of the massacre for her paper for years and it was one of her articles that Watchmen star Regina King shared with fans when the comic-book drama premiered on HBO in 2019.

“I’m not accustomed to being in front of the camera,” Brown tells TVLine. “But I am very passionate about the story and I was trying to speak from my heart and really convey to the audience the gravity of the race massacre because a lot of people don’t know about this history. It was deliberately kept out of textbooks and whitewashed.”

Tulsa: The Fire and the Forgotten draws a correlation between the massacre and the 2016 Tulsa police killing of Terence Crutcher. And it also unpacks the city government’s current investigation into mass graves where victims’ bodies were hidden as a part of city leaders’ conspiratorial cover-up 100 years ago.

“That an atrocity on this scale was suppressed,” Silvers adds, “and that people were intimidated from speaking about it for generations, made concrete our resolve to make this documentary.”

Tulsa 1921: An American Tragedy (Monday at 10 pm on CBS, with Tuesday encores on BET and the Smithsonian Channel): CBS This Morning co-host Gayle King will anchor this one-hour special that includes the accounts of survivors, descendants, community leaders and historians who break down what happened May 31 and June 1, 1921. During those two days, white men attacked, killed and pillaged their Black neighbors, leaving an estimated 300 people dead and decimating an enclave in the Greenwood district of North Tulsa known as Black Wall Street. “It is important to dig up the past in order to realize a better future,” King says. 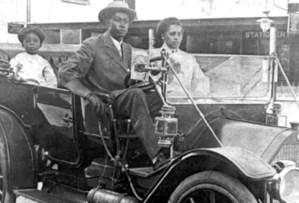 The Legacy of Black Wall Street (Tuesday and June 8 at 9 pm on OWN): Iconic historians such as activist Dr. Angela Davis, Oklahoma State Representative Regina Goodwin and Chief Editor at the Greenwood Tribune J. Kavin Ross, bring their stories to life. Goodwin and Ross are both direct descendants of the Tulsa Massacre.

The special tracks the rise of Black Wall Street until those two tragic days in 1921 that destroyed the 36-block booming epicenter replete with homes churches, schools, restaurants, a library and a hospital. The Legacy of Black Wall Street also shifts the narrative from the massacre and the 10,000 people it left homeless to the voices of Black pioneers who journeyed westward to carve out their own American dreams.