The following contains major spoilers from Lucifer Season 5, Episode 15 (“Is This Really How It’s Going To End?!”).

For Lucifer‘s Kevin Alejandro, the penultimate episode of Season 5 can best be filed under “Be Careful What You Wish For.”

Heading into Season 5, Alejandro had suggested to co-showrunners Ildy Modrovich and Joe Henderson that perhaps the time was right to “rip” Detective Daniel Espinoza away from fans. But that was when everyone thought that Season 5 was the end. And as we all know, just days before filming wrapped on the original series finale, Netflix had a change of heart and gave the supernatural series an additional (and very final) season. So… what to do with dead Dan?

TVLine spoke with Alejandro about Dan’s demise, whether Season 6 will somehow revive “Detective Douche,” and much more.

TVLINE | When did you first learn of the plan for Dan, and what was your reaction?
It was a conversation that happened before we started Season 5, which we all thought was building to our series finale. We all walked into that season thinking, “This is the last one, let’s go out big, let’s go out strong, let’s do this story justice.” I remember talking to Joe and Ildy and me loosely suggesting what I thought would be an interesting idea, that at this point in our story, in this journey that we’ve all been through together, the audience is just now starting to understand who Dan is. And there’s even a few of them that are actually starting to like him. “Wouldn’t it be interesting if we ripped him away from them before they got a chance to fully fall in love?” Because that happens in life. I thought it would be super impactful. Now I don’t know if they were already tossing around that idea, but they were on board with it, and we all agreed that that would be Dan’s arc.

Of course, three or four days before we stop shooting the last episode, we get word from Netflix that they found a bit more money or whatever and they want to give us Season 6. [Laughs]  I’m like, “Wait a minute! We just killed me! I’m done!”

TVLINE | “I thought I’d only be missing one episode, but now it’s an episode and a full season!”
Exactly. But Joe and ildy immediately got on the phone with me, to say, “Hey, here’s the news. If you still want to be part of us, we know how to do it respectfully, and not change the quality of what we’re creating.”

I wanted to be with these relationships and with these people to the very end, and now we weren’t anymore. And Joe and Ildy respected that, and thankfully they wanted me to be a part of it as well. So they found a gentle way to bring me back — not the way people are going to expect him to come back, and maybe not as a huge part of the show, but I got to be there for the end in some capacity. And that felt wonderful, to be able to finish out a full journey. Because dude, it’s been a journey, as you know. 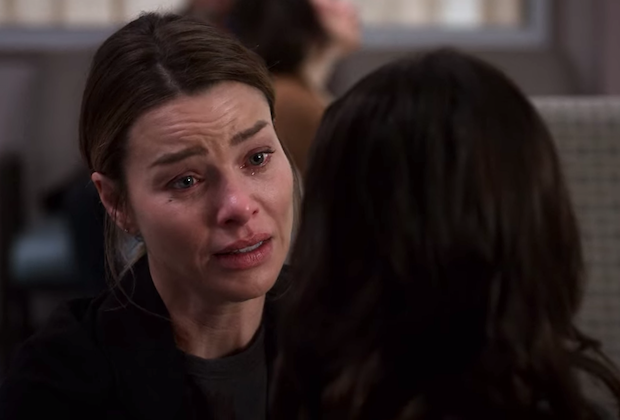 TVLINE | Lauren [German] and Scarlett [Estevez] killed it in the hospital scene, as they each get the sad news. Did you stick around to watch people mourn you?
I am that person. “I’m here, do me proud!” [Laughs]  I showed up for Scarlett, because that day was going to be my goodbye to her — not to Trixie, but to Scarlett. So when I showed up that day…. The mood was heavy. Usually we’re a pretty jovial, jokey company of players, but on that day the mood was pretty heavy. It felt like a real end.

TVLINE | Having freshly seen you maybe helped Scarlett get where she needed to go as an actress.
Absolutely. Even people in that scene who had already done their work, just looking at me their eyes were watering. We’ve been together forever and we’ve established a real friendship throughout our time on the show. I remember Lauren hugging me, going, “I’m so glad you’re not dead in real life.” [Laughs] 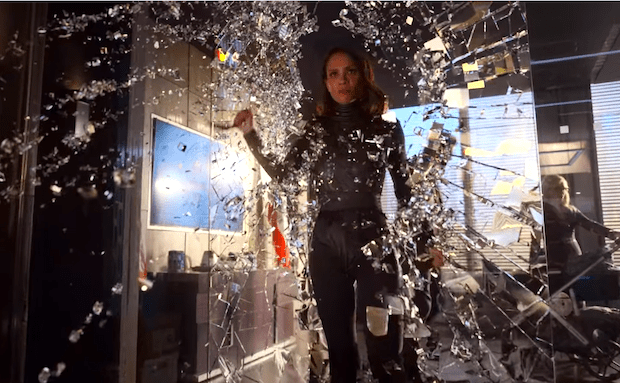 TVLINE | You directed the hell out of the Season 5A finale, with the siblings’ fight at the police station and all. What was different about the script handed to you for next season’s premiere?
The first thing that aim going to say is “COVID.” That’s what was different. Coming back to direct the season premiere, and coming into it fully goggled, fully masked, fully shielded, and trying to communicate at a six-foot distance….The level of fear was still very high, as we tread these new waters. The anxiety was high. It was a different experience, I have to tell you. But halfway through it, something clicked — “This is how it is, and we just have to get good at it.” And as all of us communicated that to each other, that this is how we make movies now, the weight was lifted. Like, “OK, we can freakin’ do this.” So we did.

I think that it was awesome to be the first one up, as the director, coming back on a new season in a new environment, because we were all figuring it out together. It wasn’t some new guy barking orders, it was a family member taking the reins and communicating with people we already know how to communicate with. And together, we did the absolute best.

It’s a fun, fun episode. It’s a bit different style that I took with this one, so its comparatively different from the style of 5×08.

TVLINE | Is it continuous from the Season 5 finale, or has some time passed for the characters?
Some time has passed. Yes.

I also got the opportunity to direct the penultimate episode of our series. We have a two-part ending, and I had the pleasure of handling the big “climax” of everyone’s evolution of their characters, which was heartbreaking, and beautiful…. Again, this one was written by Chris Rafferty, who wrote the midseason finale that I directed [and more recently wrote 5×14, “Nothing Lasts Forever”], so together we already spoke each other’s language, and man, we knocked it out of the park, I cannot wait for people to see that episode.