No pressure or anything, Cam Anthony. However, going into Tuesday’s Season 20 finale of The Voice, he was not only the favorite to win but the contestant that over and over again coach Blake Shelton had suggested could be the first actual superstar launched by the show. 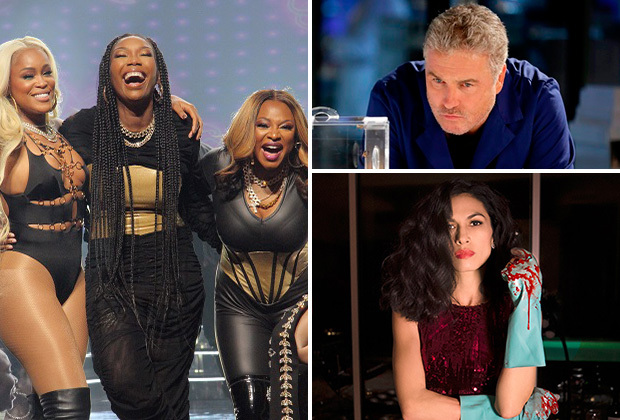 The general sentiment, in so far as I could glean it, was that we all really liked Team Kelly Clarkson’s Kenzie Wheeler and had been particularly blown away by Team John Legend’s Victor Solomon in his showstopping performance Monday night. Cam, though… he was the one to beat. (He’d been my fave since the Blinds — just sayin’.)

So, did Kenzie manage to steal away the victory (perhaps owing to Blake fans’ votes being split between Cam and teammate/competitor Jordan Matthew Young)? Did the “wow” factor that Victor had brought to his last performance catapult him into an upset? (Sorry, but I just didn’t see Team Nick Jonas’ still-evolving Rachel Mac winning under any circumstances.)

Before we found out, we were treated to an almost two-hour concert, the highlights, lowlights and every other kind of light of which we’ll discuss starting in 3, 2… 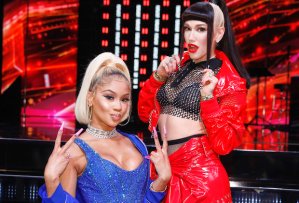 Gwen Stefani featuring Saweetie, “Slow Clap” | The sometime Voice coach opened the show with a tight but low-energy black-and-white fantasia that played like an instructional video on how to applaud. Thanks, Gwen. I think I’ve got it now. “Clap, clap, clap, clap… ” Then what? Ah, yes. Right. “Clap.”

Kelsea Ballerini, “Half of My Hometown” | Kelly’s Battles substitute coach started performing her new single from what appeared to be a Pier 1 demo bedroom situated in the dressing rooms backstage… before moving into an actual dressing room and finally making her way to the stage, where Kenzie Wheeler threw in a line or two and sang backing vocals. A pleasant-enough shrug. But someone really needed to tell Kelly that it was time to retire the air-horn sound effect of which she had seemed to grow so fond. 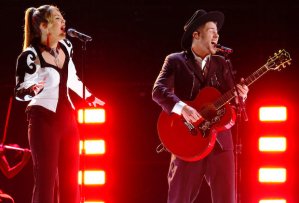 Duet With Coach
Rachel Mac and Nick Jonas, “Best of You” — Rachel’s grade: B+ | For the first time, Nick told us in the studio, the Foo Fighters approved of one of their songs being covered. Hmm, by Rachel? Really? The Voice must pay beaucoup royalties; damn. But obnoxious as my initial reaction was, Rachel actually acquitted herself nicely on the song and harmonized beautifully with her coach. Where was this level of control on her last couple of performances?

OneRepublic, “Run” | Returning after rocking the show’s very first season finale, the band turned loose its lead singer to make his way through a backstage gauntlet to hit the stage mid-choreography. Pretty impressive one-take wonder, gotta say (though I suppose we’ll never really know how many takes it took to get it right).

Lauren Daigle, “Hold On to Me” | Performing her first new music since the release of 2018’s Look Up Child album, Lauren classed up the joint with a performance that was more polished than a Voice trophy before it had been placed in the winner’s hands.

Snoop Dogg and DJ Battlecat, “Sittin on Blades” | If I’m not mistaken, the Mega Mentor performed his chill number on a modified Wheel of Fortune set. And Snoop being Snoop, it somehow worked. Also of note: Didn’t his mic look so blinged out that that it resembled an objet d’art that Catwoman would have tried to steal on the old Batman TV show? And why do I suddenly have the munchies? 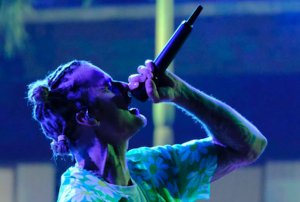 Justin Bieber, “Peaches”/“Hold On” | Ya know, every once in a while, I’ll be watching The Voice and I’ll see a performance that makes me think, “Wow, I am old.” This was one of those. The Biebs was perfectly pleasant-sounding, but I didn’t know WTF to make of his modified Cindy Lou Who hairdo and plus-sized loungewear. It was cute, though, to see that as he bopped around what looked like a car dealership, the international symbol for “Call me” hadn’t changed. 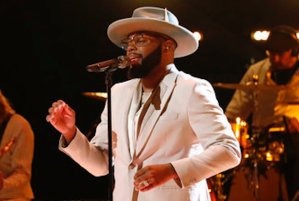 Duet With Coach
Victor Solomon and John Legend, “Someday We’ll All Be Free” — Victor’s grade: B+ | Ending the series the way they began it — singing together — the coach and his one remaining contestant sounded pretty dreamy. But side by side, the EGOT winner eclipsed Victor, performing with the kind of subtlety and nuance that only comes from eons of experience. Victor’s showstopper Monday night would definitely go down as the highlight of his Voice run.

Ben Platt, “Imagine” | In his turn on stage, the Dear Evan Hansen Tony winner did his 90210-level best to make us forget that he was pushing 30. And honestly, he kinda did it. His vocal was so perfect, I was ready to vote for him for prom king. 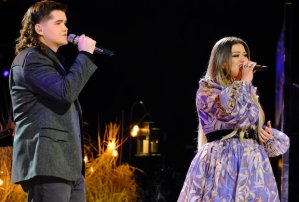 Duet With Coach
Kenzie Wheeler and Kelly Clarkson, “When You Say Nothing at All” — Kenzie’s grade: B | Kenzie delivered pretty much classic Kenzie on “Kenly’s” Keith Whitley duet. It did him no favors, however, singing next to his coach. Whereas she could pack a Crayola box’s worth of colors into any given line, he could only squeeze in one. It was a good’n, mind you, but it lacked Kelly’s finesse.

Thomas Rhett, “Country Again” | I suspect I’d have loved this song if it had come on the radio while I was driving into a sunset with a cornfield on the horizon. But on the finale of The Voice, it was kind of a zzz. Couldn’t we have gotten an encore of Victor doing “Freedom” instead?

Duet With Coach
Jordan Matthew Young and Blake Shelton, “All My Exes Live in Texas” — Jordan’s grade: A- | Well, shoot. Jordan’s drawl was so perfect on his George Strait duet with Blake, I couldn’t for the life of me fathom why he hadn’t barreled down a straight-country lane all season long. Spot on as Blake always is, Jordan actually made a bigger impression here. He just looked and sounded like he was having the time of his life. 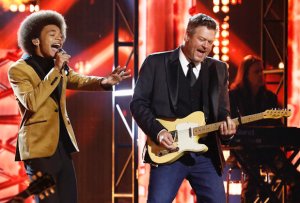 Duet With Coach
Cam Anthony and Blake Shelton, “She Drives Me Crazy” — Cam’s grade: B | Before performing with his coach, Cam admitted that he’d never heard the Fine Young Cannibals hit — but it was one of his grandma’s favorites. (OK, I only thought Bieber had made me feel old!) At any rate, Cam was forced to mostly sing in a falsetto that was so high, it practically became a whisper. Maybe not the best song selection for him, especially right before he was named the winner. 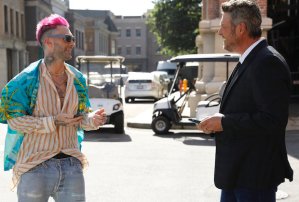 Maroon 5 featuring Megan Thee Stallion, “Beautiful Mistakes” | Appearing on the sing-off for the first time since his sudden exit at the end of Season 16, a pink-haired Adam Levine performed with a swagger that was so laidback, it was almost reclining. Nice song, too, complete with flower-power graphics surrounding the band.

Fifth Place
Victor Solomon (Team Legend) — and I hope that fur was fake!

Season 20 Winner
Cam Anthony (Team Blake) — read his thoughts on his coach, his journey and his competition here

So, your feelings about the results? The season as a whole? Vote in the polls below, then hit the comments. If you were going to change anything in Season 21, what would it be (aside from your recapper — you’re stuck with me, folks)?