Lily Collins’ titular Parisian transplant will be saying “Bonjour!” to a new suitor. 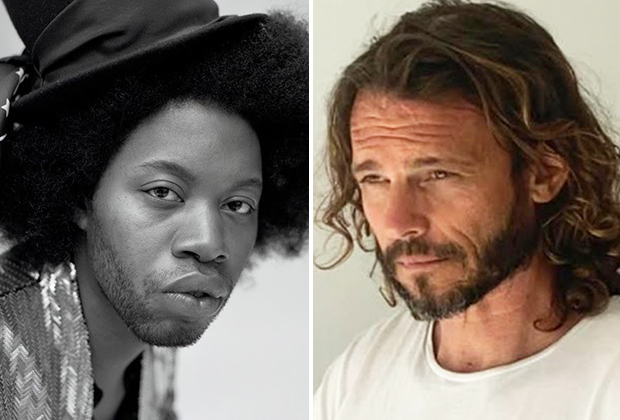 in guest-starring roles, while William Abadie — who recurred in Emily in Paris‘ first season as Emily’s client, Antoine Lambert — has been promoted to a series regular.

Laviscount — who also co-starred in Fox’s Scream Queens — is set to play Alfie, a sarcastic and charming cynic who refuses to speak French or immerse himself in French culture. He and Emily have an antagonist relationship that evolves into something more as the season progresses.

Harris will portray Gregory Elliott Dupree. Gregory is an iconic fashion designer and former protégé of Pierre Cadault (Jean-Christophe Bouvet). With larger-than-life style and personality, Gregory always travels with a collection of gorgeous clothes and gorgeous men. Pierre and Gregory were close, until Gregory’s unexpected and dramatic exit from the atelier left them bitter rivals.

Binard, meanwhile, takes on the role of Laurent G, the charming and gregarious owner of a popular Saint Tropez nightclub. A party boy who never grew up, Laurent agrees to promote one of Emily’s brands. But Emily soon learns that his connection to Savoir is more complicated than marketing.

In Emily in Paris, Collins plays a Chicago marketing executive who is sent to Paris to work with the boutique French luxury firm that Emily’s company has acquired. While there, she clashes with her new coworkers and sparks a connection with her handsome neighbor Gabriel (Lucas Bravo). The hitch: He has a girlfriend (Camille Razat), who is also pals with Emily.

“What happens in the next chapter, I think, can be a real exploration of how does the relationship between these three characters evolve,” series creator Darren Starr previously rold TVLine about the love triangle’s future. “That, to me, is such a fun thing to explore in Season 2, because these are not Americans. They’re French people. To me, a big part of the show is looking at everything through a different lens. Season 2 will open up some interesting and surprising relationship avenues.”