NCIS: Los Angeles‘ Barrett Foa himself had a hand in one of the Season 12 finale’s big sendoffs. No, not his own nor co-star Renee Felice Smith’s. But that of Eric Beale’s mustache.

Speaking with TVLine exclusively about parting ways with the high-octane CBS drama after more than a decade, Foa shared that amusing anecdote about a carefully clipped caterpillar, as well as reflected fondly on his 12-season run, his character’s journey from “bumbling beta” to “bulletproof,” Eric and Nell’s happy ending and his hope for a milestone encore. 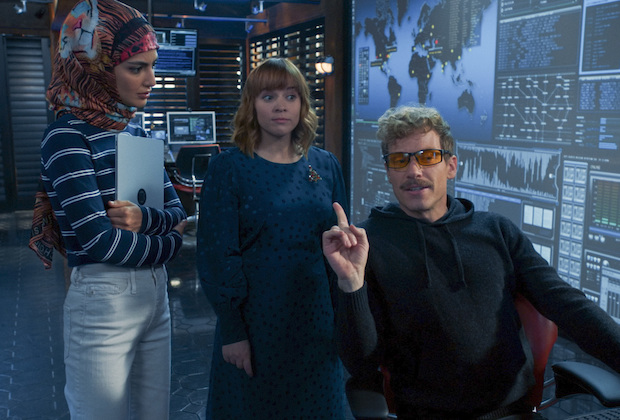 TVLINE | How did you find out that your time with the show was coming to end, and what was your initial reaction?
It was just sort of clear that we were, like, winding down this character during this season, so I think we sort of mutually were like, “This feels right.” I know the pandemic was a tough and strange time for everyone, but it sort of gave me time to do some real good work on myself, so as Barrett I was out exploring and adventuring…. Kind of like what Eric Beale was doing! He was getting into all kinds of crazy stuff in his new billionaire life, and I was sort of living my best life in the interims, in between the seven or eight episodes that I did this season. It was a nice little parallel reflection there.

TVLINE | [Showrunner] Scott [Gemmill] told me basically the same thing, that it felt like time for the character’s story to wind down, plus he knows what a multi-talented, ambitious son-of-a-gun you are.
I’ve done some sort of incredible, amazing, artistically fulfilling theatrical endeavor in between each season, and I’ve loved doing that, because it just really recharged my batteries for each new 10-month stretch of NCIS: LA. It kept things fresh, and I’m excited for new, wonderful things coming my way. First of all, theater is back, which is very exciting. Television also is back, but it’s so different from when we started 12 years ago.

TVLINE | Now you can peel off and do a six-episode something, and then go on to an eight-episode something, and still have a half a year left.
Exactly. I always thought that I would be living that sort of more gypsy lifestyle. I was an actor in New York for 10 years before NCIS: LA, going from Broadway to off-Broadway to regional to Broadway to off-Broadway to regional, and I always thought that would be my life. So when I auditioned for this part, I was like, “NCI-what? Who? How many letters are there?” I was a guest star for the first 12 episodes, and then they sort of saw something in me and liked me and I became a series regular on Episode 13. Now, 12 seasons later, 280 episodes later, I’m on this primetime network television show the likes of which doesn’t really exist anymore. It’s sort of the last of its kind, and I love that I got to be a part of that and have that consistency, to have one character for so long, to have one family for so long. 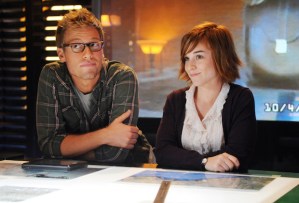 TVLINE | Well, let’s talk about the character that you played for some 280 episodes. What do you love about Eric?
Oh, gosh…. I really love how far he’s come. I started out as this tech guy that was spouting coordinates, and as I realized that there was so much brawny energy on the show, I felt like there was a place for someone who was brainy and sort of beta, and that could make a great foil to our leading character team. So I started leaning into that a bit more, and I think the writers really liked that.

Eric Beale was so good at what he does in his job, but socially he’s so awkward. And in love, he’s so awkward. I love that he found his match with Nell, because she was so good at her job but she was also super quirky and liked the same nerdy things that Eric Beale liked. Again, I started out as this sort of computer geek who delivered a ton of exposition, and I don’t know if they knew what to do with me at first, but then I think the writers were like, “Oh, Barrett’s funny. Oh, Barrett can fall in love. Oh, Barrett can give us some quirk.” 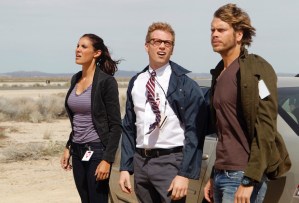 TVLINE | “Oh, Kilbride can yell at Eric for wearing board shorts to work.”
Exactly. And at one point they were like, “Let’s put this bumbling beta Beale in the field and see what happens,” and then he became “bulletproof Beale” and surprised everyone with how he can sort of hang with the guys. It was cool to see that growth, and suddenly have entire episodes about my character. And then in this last season, to see him becoming a billionaire and me getting to show up with my pandemic ‘stache and my long, curly hair.

TVLINE | And be a liiiittle bit douchey.
[Laughs] A little bit douchey, and with a whole new wardrobe. It was about time that Eric Beale got a little cocky! It was a fun turn, and I think that also parallels my life in the last 12 years. Like, I’ve come so far in my confidence and my style, knowing who I am. I think we both learned a lot in the 12 years.

TVLINE | But did you learn a single thing about computers?
Not one.

TVLINE | Did you like the happy ending they gave Eric and Nell? I mean, they literally rode off into the sunset.
We did, and I think it’s really fun. He pulled up in a matte black Lamborghini, opens the door, and he’s like, “Do you like it? Is it too much?” He can’t even stand by it, because he’s Eric Beale; he needs to ask Nell and Deeks if they like it. But he’s got to put that money somewhere! 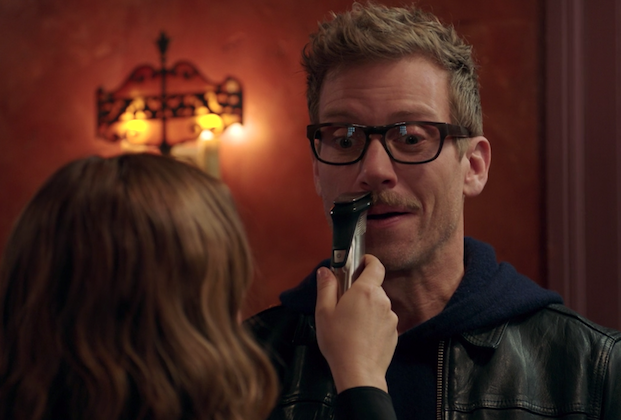 TVLINE | I need to know. Did Renée actually shave your mustache on-camera?
She did. Thank you for reminding me about that.

So, this is actually a funny story. I hadn’t been on the show for a bit — I had like a month off or something — so I was clean-shaven. Because I knew my episode was coming up, I asked Scott, “Hey, for the finale, do you want the ‘stache back? Because I’d need to start growing it.” And he’s like, “Oh my god, yes. And you know what I’m going to do? I’m going to have Renée shave it on-screen.” Now, you never really know when Scott is kidding; he always has these crazy ideas. But I open the script, and from the first draft to the second he added this entire scene of Renée shaving my mustache — and it was all because I asked about the mustache, and it sparked this idea. So, that was a really fun, live moment. And I definitely was walking around with half a mustache for an entire afternoon. 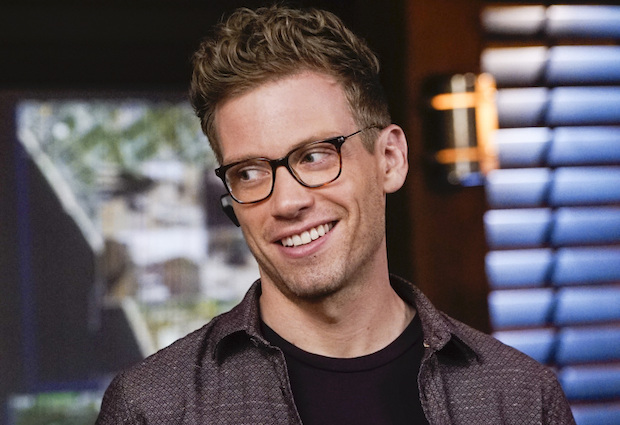 TVLINE | Last question: What is your message to the fans?
My message to the fans? Oh my gosh…. You’re going to make me all sentimental. I mean, I’m sort of taken aback whenever fans reach out. I live an incredibly blessed life, and the fact that am on a long-running television show for 12 years has been so fantastic, yet I can also live my life and go to the grocery store. Especially in L.A., people don’t stop you as much on the street, so it’s really nice to have social media to be in direct contact with our fans and see how much they love us and watch us, consistently. They really follow storylines.

I get wind of all the fan fiction and blogs, the Reddit things or whatever, where people discuss the nitty gritty plot details of our show, and I’m constantly reminded of how much this show means to people when, in my everyday life, I can sort of forget that.

The fans and this show have really, completely changed my life, so I am so grateful for them and their loyalty…. I sometimes can’t even believe how many people watch our show every week, after all these seasons, with so much entertainment out there. It feels like such an honor.

TVLINE | NCIS: LA will hit 300 episodes late next season, so maybe Scott will bring you back for that milestone.
I would love nothing more. How cool is it that our creators have very much kept the door open for Beale to return? It would be fun to hear from the fans about how they’d want him to stop by for a visit next season.

TVLINE | He could pull up in the Lamborghini….
Well, I feel like Beale would at that point have a private drone that would fly him in, or some helicopter that blows Hetty’s mind!

ALSO ON TVLINE: Renée Felice Smith opens up about Nell’s evolution and reuniting with the “magical” Linda Hunt. Also, showrunner Scott Gemmill answers the Hetty question we all now have.