Last Man Standing showrunner Kevin Abbott is at last acknowledging the absence of a significant character who vanished without a trace ahead of the Fox comedy’s ninth and final season.

We’re of course talking about Mike and Vanessa’s first grandchild Boyd, previously played by twins Evan and Luke Kruntchev (in Season 1), Flynn Morrison (in Seasons 2-6) and, most recently, Jet Jurgensmeyer (in Seasons 7-8). Kristin and Ryan’s son was last seen during Season 8’s gender reveal party, where it was confirmed that Boyd would soon have a baby sister. After that, the character was referenced only by name — and sparingly at that.

So, why’d he disappear?

“We have such a great cast, and it’s a big cast,” Abbott tells TVLine. “Every week, we struggle to give all the characters something to do, and another regular just eats up real estate. There are only so many lines in a show, and if Boyd was saying them, then somebody else wasn’t, and we just didn’t have a ton of Boyd storylines. They were parenting stories [about] Ryan and Kristin trying to involve Mike, and we’d done a lot of them. We didn’t have any [new] ideas, and you can’t just say, ‘Hey, actor! You, who have been a regular, will you just pop in whenever I need you?’ That’s pretty insulting, and Jet was great.” 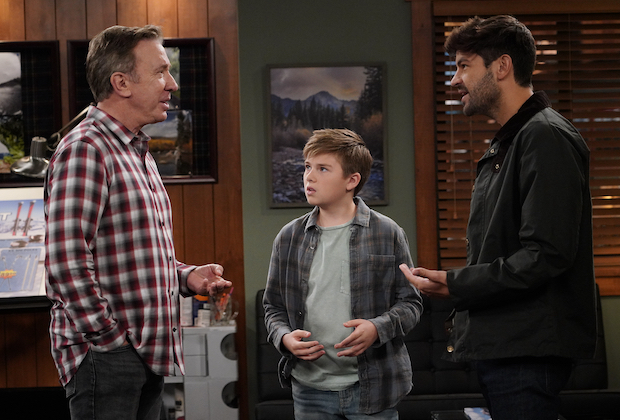 More often than not, Boyd storylines left Ryan and Kristin on opposing sides of an argument, “and we decided that we didn’t want to do stories where they were at odds because [of how their relationship started],” Abbott says. “It was so contentious, and so difficult at the beginning [because Ryan had abandoned Kristin when Boyd was born]. That always hovered over any arguments, and we felt like they had put that to rest… We wanted to show them as united, you know? As a solid couple.”

And so, the “hard decision” was made not to show Boyd at all — or, to put it a different way, “We took the Everybody Loves Raymond model,” Abbott says. “‘The twins are upstairs!'”

TVLine readers gave Last Man Standing‘s May 20 series finale — and the Fox era as a whole — an average grade of “B+.”