It took 17 episodes — not that anyone is counting — to find out the titular answer to Who Killed Sara?, but the soapy Netflix drama’s Season 2 finale finally delivered… for the most part.

First, the backstory had to be established: Sara was at home alone after Alex, Rodolfo and Chema went to the gym, and she was playing around with Chema’s camcorder when a wet and deranged-looking Abel broke in her house. Looking a little too much like a Scooby-Doo villain, Abel demanded that his long-lost daughter give him some more money so he could stay on the lam from the asylum.

But Sara wasn’t having it, and she scolded Abel for lying and not telling her that Marifer was her sister. Angered by the confrontation, Abel barked back and confessed to not only raping Sara’s mom, which resulted in Sara’s conception, but killing Marifer and Clara’s mother Cristina. The latter explained Cristina’s disappearance, and his confession was accidentally captured on Chema’s camcorder.

See, Sara? That’s why you shouldn’t have given Abel that money so he could escape. Silly teenager. And Abel didn’t stop there. Once he saw that Sara wasn’t going to give him the money he needed, he decided she was worthless and tried to kill her. 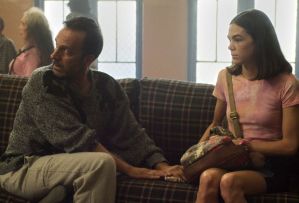 Wily as ever, Sara got the upper hand and eluded Abel’s grasp and hid in her room where she called Rodolfo. Unfortunately, Rodolfo forgot his phone at home, and Cesar picked up and heard Sara screaming for help. Cesar snapped into full hunter mode and sprinted over to Sara’s house just in time to see Abel nearly stab Sara before he shot Abel in the head and killed him.

When it was all over, Cesar and Sergio buried Abel’s body in the backyard, and Sara cleaned up the mess and hid the camcorder tape inside of the gold sculpture she stole from Nicandro’s house. (Props to writers Jose “Chascas” Valenzuela and Rosario Valenzuela for scribing little touches such as the phone and the statue. It’s those types of narrative details that made the Season 2 finale, “I Killed Sara,” so much fun to watch.)

Fast-forward to the Valle trip a few days later, and that’s when a distraught Marifer called Sara because she couldn’t find her mother. This is where it got weird. Sure, Sara is a flippant teen, but why didn’t she tell Marifer that Abel killed Cristina? And why didn’t she tell Marifer that they were sisters? Instead, she rudely disregarded Marifer, and Marifer — are you ready for it? — vengefully cut the parasail straps, which lead to Sara’s death. 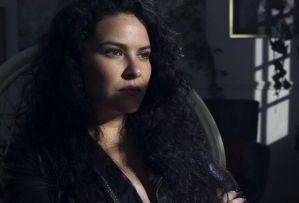 Once Marifer learned the truth that Sara was her sister, she rushed home full of guilt. Clara was there, and she had invited Mariana over so that Marifer would stop stalking and obsessing over the Lazcanos. (Imagine if Clara knew the truth about Abel killing their mother and not the Lazcanos?) But Marifer was spiraling, and when Mariana came in, Marifer pulled out a gun to scare Mariana, and the gun accidentally went off, killing a very shocked and pregnant Clara. Dios mio. Needless to say, no one cried when Marifer died in the casino fire Elisa capriciously set. The woman committed sororicide not once, but twice.

With the deaths of Lorenzo, Clara and his unborn child, Chema also spiraled out of control and confessed to the police that he had killed Moncho (which he did) and Abel (which he didn’t) because he thought he was helping Alex. As Alex pointed out, Cesar, the man who actually killed Abel, is legally dead and living it up on a tropical island somewhere. Of course he is.

While that should’ve been the end of the story because the mystery of who killed Sara had at long last been solved, sigh, it wasn’t. Turns out Nicandro is part of some larger conspiracy and cover-up that actually caused Sara’s death death. So… there will be a Season 3 then? Gotcha.

Give the Who Killed Sara? Season 2 finale a grade in our poll, then drop your thoughts on the show’s final twist in a comment below.