Jeremy Allen White is staying put in the Windy City: The Shameless alum will star in the FX comedy pilot The Bear as a young chef who returns to Chicago to run the family restaurant, per The Hollywood Reporter.

White is coming off an 11-season run on Showtime’s Chicago-set dramedy Shameless, where he played eldest brother Lip Gallagher. His other TV credits include the first season of Amazon’s Homecoming and guest spots on Law & Order and its spinoff Special Victims Unit.

* Season 3 of DC Universe transplant Titans will premiere on HBO Max in August, the streamer announced Friday. Additionally, former Comedy Central original The Other Two — which last aired in March 2019 — will return with Season 2 on HBO Max this summer.

* HBO’s I’ll Be Gone in the Dark will air a special episode, which “brings shocking new revelations to light in the Lombardo case,” on Monday, June 21 at 10/9c.

* Power Book IV: Force has tapped rapper Jeremih (aka Jeremy P. Felton) to recur as Elijah, a high-ranking member of CBI who knows how the drug game is played and isn’t afraid to bend the rules.

* HBO has released a first look at the upcoming limited series The White House Plumbers, starring Justin Theroux and Woody Harrelson as G. Gordon Liddy and E. Howard Hunt, the Watergate masterminds who accidentally toppled the Nixon presidency they were zealously trying to protect: 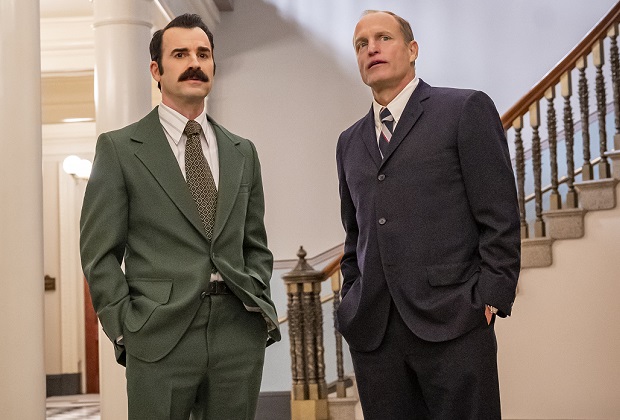 * Epix’s Godfather of Harlem will resume Season 2 on Sunday, Aug. 8. Watch a teaser: