The first half of Lucifer Season 5 already did quite a number on Detective Daniel Espinoza, revealing to him as it did that Chloe’s partner in crimesolving is in fact the devil. And yet, the second batch of eight episodes will hit him with even more celestial blindsides.

Coming out of Season 5A of the Netflix series, “I don’t think Dan is coping very well,” Kevin Alejandro tells TVLine with a chuckle. “His world is rocked, and I’m not sure that he’ll ever really, truly handle it.

“He’s doing the best he can, but that’s just Dan,” his portrayer notes. “He is completely torn up on the inside but always trying to move forward in a positive way — though he doesn’t always quite get the right results.”

Learning that his longtime frenemy used to quite literally lord over Hell is one thing, for sure. But until Season 5B arrives on Friday, May 28, you can only imagine what it’s like when Dan is introduced to God himself, as in Lucifer and Amenadiel’s visiting father (played by 24 alum Dennis Haysbert).

Let’s just say that the dynamic between the two feeds into some of the series’ funniest scenes ever, once the gents realize the lady they have in common — meaning “Charlotte Richards” aka the Goddess aka God’s ex (played by Tricia Helfer).

First teasing the visuals of it all, Alejandro reports, “Dennis Haysbert a big dude who walks around with a certain kind of confidence in real life, so it’s easy to be smaller than he, so to speak.  I think that added to the dynamic between Dan and God, because his presence is so huge anyways.”

And then, “when Dan realizes that Charlotte Richards was his lady? Yeah, that’s when he’s like, ‘Oh…. Ohhh,'” Alejandro previews. “Big stuff happens when he puts the pieces together.” 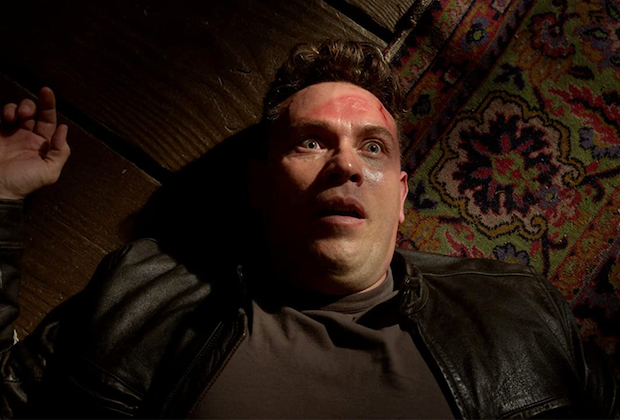 It is Lucifer‘s fourth new episode, however, that is a premiere showcase for Alejandro. Titled “Daniel Espinoza: Naked and Afraid,” it involves a presumably straightforward prisoner transport that turns into an increasingly dangerous  — yet oddly invigorating — odyssey for its titular lawman.

As an actor at least, “This is definitely the hardest I’ve ever worked on the show,” Alejandro attests. “The biggest tease I can give you about that episode is that it is called ‘Daniel Espinoza: Naked and Afraid,’ and that’s pretty much what you’re going to get! He goes through every bit of emotion that a human being could possibly go through in that episode.” 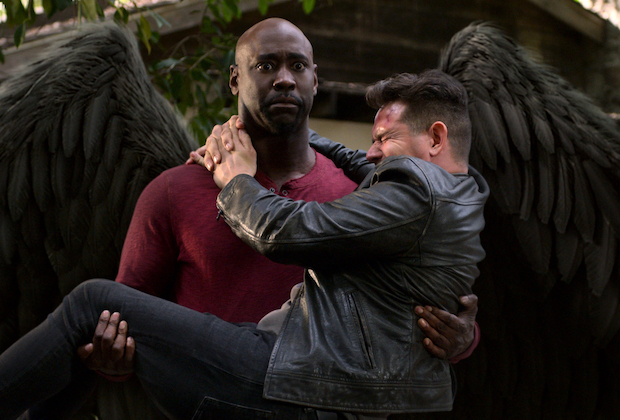 Alejandro — who directed the Season 5A finale (and also helmed the Season 6 premiere as well as the series’ penultimate hour) — opines that Greg Beeman was “the perfect director” for his eponymous escapade, delivering as he did “a specific, stylized way to do it.” (Think: Tarantino-like gritty, with a wink.) “He was so specific — like, ‘We dont pan.’ ‘This is what we’re doing.’ ‘This is the style were going for,’ and once everyone was on-board, it was a well-choreographed dance between director, actor and camera.” All leading to what Alejandro says is “an ending that flips it all upside-down on its head.”