Black Monday‘s Dawn might be in prison, but that hasn’t stopped the brilliant Wall Street trader from living her best life. The new season, premiering this Sunday at 10/9c on Showtime, will see her up to her old tricks.

At the end of Season 2, Dawn copped to the Black Monday financial crisis and found herself behind bars, where she’s been able to maintain the lavish lifestyle she’s grown accustomed to. She’s still trading stocks, dishing out smart investment advice, dining on lobster and running a smooth operation while serving out her sentence.

“Wherever she is, she figures out a way to rise and gain the respect that she feels like she’s entitled to at all times,” Regina Hall, who plays Dawn, tells TVLine. “I think prison ended up being a lot more fun for her than she had anticipated.” 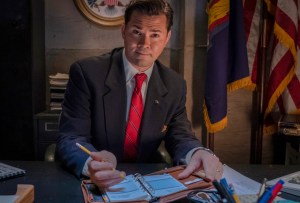 Not to be outdone, Dawn’s partner-in-crime Mo is also learning to rise after being kicked out of Wall Street for his illegal scheming. This season, he’s attempting to launch his own record label and relive the glory and prestige he felt as a stock market heavy hitter. According to Don Cheadle, Mo and Dawn’s unrelenting thirst for the finer things in life only masks the pain of whatever’s missing in their lives.

“They have a lot of scar tissue and are always trying to fill some hole in their lives,” Cheadle explains. “I think most people who live this big and are always this bombastic are covering for something. If you can’t just chill and be, there’s probably a reason for that.”

There’s a price to paid for living that large, and it looks like Black Monday’s madcap crew will soon face the consequences of their dubious choices. “We get to see in a very big way, for all of these characters this season, all the sins of the past coming to haunt them,” Cheadle teases.

The new season finds Blair starting his post as a junior Congressman in Washington D.C. and struggling with trying to be a key political player. Plus, Keith finds himself being molded into a Leighman Brother and trying to prove his worth. Meanwhile, Tiff is navigating the new concept of actually working for a living and finds that she’ll need help from Keith to manage the finances for her growing clothing empire. (She’s pivoting from Georgina jeans to Skants!) 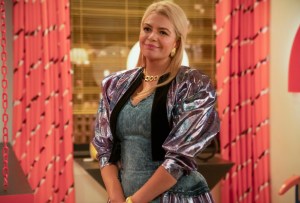 “Tiff is ordering caviar all day, she’s hired male models to run the office, they’re having Champagne at all hours, and Keith wants them to try to save a little money,” Casey Wilson, who plays the heiress, shares.

For some, confronting the consequences of their actions will be fatal. “There will be a body count,” Cheadle teases.

“This season is a big murder mystery,” Paul Scheer, who plays Keith, adds. “It starts off in our first episode, and then it starts tracking throughout the season. Hopefully, people are going to try to figure out who it is, because it is a person that has been on the show at one point in the last three years.”