Warning: This post contains spoilers from Season 1 of Who Killed Sara?.

Season 1 of Who Killed Sara? had a lot of fans feeling like Alex and looking for answers… minus the vengeance.

While we don’t have a whiteboard with photos of the Lazcano family to study or emailed clues from Diana the Huntress, we do have a little time before Season 2 of the soapy drama kicks off this Wednesday on Netflix to unpack the craziness this show has brought into our collective lives.

For starters, there’s the show’s titular question. Who killed this girl and tampered with her parasailing straps 20 years ago out there on the lake? Was it Mariana, or was it Elroy? What if it was actually Sara, and she took her own life? While Sara wasn’t a good person (more on that below), she didn’t deserve to die. Actually, she might not even be dead at all. Which leads us to the next twist… 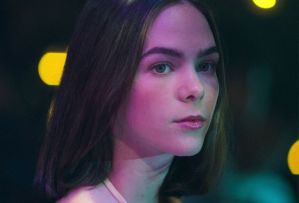 Cesar hooked up with Sara before she died: In fact, the baby that was growing inside of her was likely his and not Rodolfo’s. Making matters nastier, Sara died, and Rodolfo moved on and married Sofia and adopted her son, and Cesar started doing the naked tango with Sofia. What is wrong with Cesar, and why can’t he find sidepieces independent of who Rodolfo loves? This is why Mariana, his masochistic wife, is the prime suspect in Sara’s murder. And now that everyone knows Sofia is pregnant by Cesar and not Rodolfo, Mariana might try and kill Sofia and her baby, too. 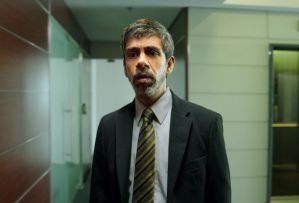 Elroy likes to murder folks: Dude killed his parents. While it’s not difficult to see why Elroy murdered his father when he was little because he was sexually abusing him, his mother’s death via his bicycle felt like — pardon the pun — overkill. Was he angry with her because she turned a blind eye to his father’s abuse, or did he feel like she didn’t protect him in general? Guess we’ll never know because Elroy is on death’s door, and Mariana took him to said door. The way she sashayed out of his hospital room as he flatlined was even more chilling than the masochistic leg-chain apparatus she uses to repent for her sins. Oh, and Elroy did in fact murder Cesar’s chatty accountant with his car. Mariana also had Elroy cut Sara’s parasailing straps, but it’s unclear if he actually went through with it. Oh, Elroy. If you live, hire a therapist, bruh. 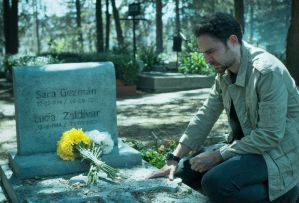 Alex’s assist in prison: Speaking of therapy, Alex needs to chat up a professional, too. All that rage after spending nearly two decades behind bars for a crime he didn’t commit — killing his sister — is enough to make anyone go insane. That said, it is a nice twist that Cesar’s enemy was Alex’s friend in prison and not only protected Alex from prison bullies and rapists, but helped fund his Lazcano revenge tour after Alex got released on parole. Here’s hoping Alex doesn’t have to go back to prison now that skeletal remains have been found in his backyard. And who was that dude strangling Sara? Whoever he was, Cesar shot him in the head, and those are likely his remains. Humph. Yet another mystery for Season 2 to solve.

Sergio’s torture dungeon: And since we’re on the topic of death and remains, what is the deal with Sergio? Is he torturing and killing young sex slaves, or does he just like to watch? Sigh. So, in truth, Alex isn’t just searching for Sara’s murderer, but also whoever killed Flor Sanchez. She’s the daughter of Alex’s prison benefactor. Worse still is the Hungarian woman who was murdered and discarded, because Bruno really was trying to save that lady’s life, but it was too little and too late. R.I.P., Hungarian lady. Perhaps Alex and maybe even Bruno will find justice so that your death is not in vain. And perhaps they can prevent the kidnapping, torture and deaths of other young women. 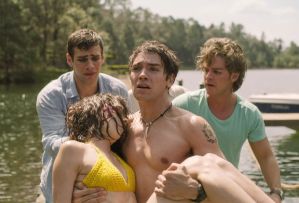 Sara was unhinged: One of the saddest revelations was learning just how troubled Sara was. Her instability is going to be further explored in Season 2, but there were signs. The mean and homophobic way she taunted Chema was a pretty clear indicator that she was at the very least cruel and bigoted. She also treated Marifer and Elroy terribly. Of course, none of these were reasons to murder her, but it’s time for Alex to realize Sara was a piece of work.

What are your favorite crazy Who Killed Sara? twists? Tell us in the comments below.