Anyone in the mood to catch up with some old Friends?

In addition, the streaming site has blessed us with a teaser (see top of post) for the epic streaming event 17 years in the making.

The unscripted event will offer an emotional look back at the Emmy winning series, which originally ran from 1994 to 2004 on NBC. All six cast members are executive-producing the special, along with original series EPs Kevin Bright, Marta Kauffman and David Crane, as well as Ben Winston (The Late Late Show With James Corden), who is on board to direct. The special was shot on Stage 24, on the Warner Bros. Studio lot in Burbank, Calif.

Friends Pairings (Every Possible Combo), Ranked From Worst to Best 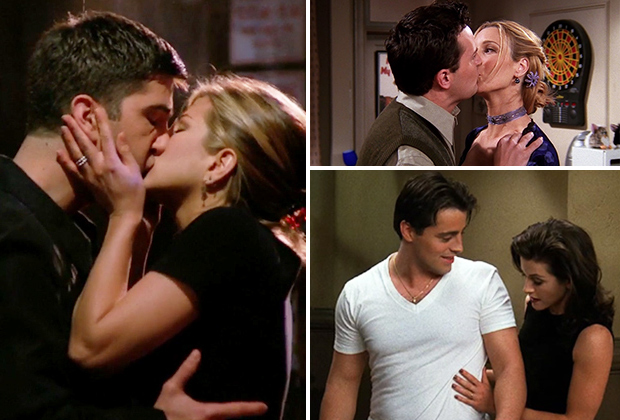 For those who haven’t been keeping up with the reunion special’s progress, it was originally supposed to premiere in May 2020, coinciding with the launch of HBO Max. Unfortunately, the coronavirus pandemic (maybe you’ve heard of her?) forced production to be delayed several times since then.

“Guess you could call this ‘The One Where They All Got Back Together,'” Kevin Reilly, then-CCO of HBO Max (and president of TBS, TNT, and truTV), said in statement when the reunion was first announced. “I became aware of Friends when it was in the very early stages of development and then had the opportunity to work on the series many years later and have delighted in seeing it catch on with viewers generation after generation. It taps into an era when friends — and audiences — gathered together in real time, and we think this reunion special will capture that spirit, uniting original and new fans.”

This reunion will mark the first time all six Friends have been together on screen since the show wrapped. Five were on hand for NBC’s 2016 tribute to director James Burrows, but Perry was doing a play in London and was unable to join the others.

On a scale from one to seven (seven… seven… SEVEN!), how excited are you about the Friends gang finally reuniting? And after all these years, which burning questions are you hoping the cast will answer? Whatever’s on your mind, drop a comment below and let us know.