And we’re off! The Voice went live with Season 20’s Playoffs Monday night, setting the stage for eight (!) contestants to be cut Tuesday ahead of the Semi-Finals. (If you haven’t already, you can check out my fearless predictions via the photo gallery below.)

Saved by America’s vote | Devan Blake Jones (Team Nick) — color me surprised; I had been sure that Carolina’s shouty “Anyone” was going to get her voted through. 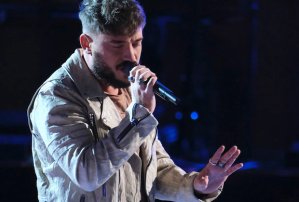 Corey Ward, “Bruises” — Grade: B+ | Lewis Capaldi’s hit was the perfect choice for Corey; the guy gets better the more emotional the song is, and this one was a doozy. Though he didn’t sound as “perfect” here as he did during the pre-recorded episodes, that rawness almost enhanced the overall impact. And after that big note followed by the falsetto followed by the roar? Forget it. He might not have just gotten himself through to the Semi-Finals but the Finals.

Gihanna Zoe, “Always Remember Us This Way” — Grade: B- | It’s no secret that I’m, ahem, Gaga for Gihanna and that little hint of a cry that she so easily slips into her vocals. But this song didn’t serve her as well as I might have hoped it would. There were bits where she was beautifully nuanced… and then there were bits where it felt like she was almost yelling, so aware was she that this was her moment, and she had to make it a capital-M one or else.

Zae Romeo, “When I Look at You” — Grade: B- | For weeks, I’ve been predicting that the Final would come down to a Zae vs. Cam Anthony face-off. After this performance, though, I’m not so sure. It was like the parts were all there, they just never quite came together. Thankfully, Zae probably saved himself with the moments during which he got to really let loose. The passion he put forth, even if the vocal veered toward the yelly, resonated. 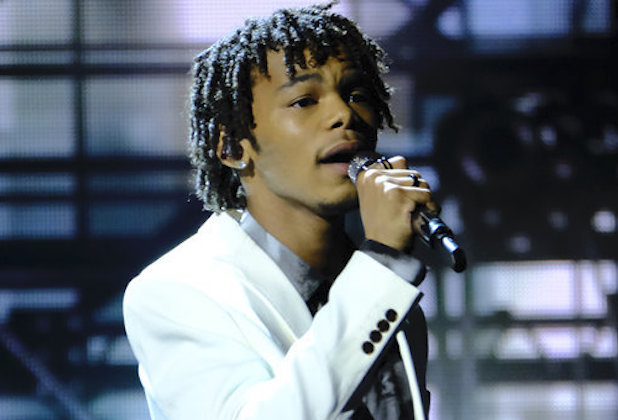 Kenzie Wheeler, “Red Dirt Road” — Grade: A- | The odds of Kelly’s one and only country boy not advancing fall somewhere between slim and none. Beyond the mullet, he’s got that “Aw, shucks!” charm and a fine voice to boot. Was his Brooks & Dunn cover the most challenging or exciting song performed Monday night? Not by a long shot. Nonetheless, he sounded as solid as the broad side of a barn and worked the stage like it was where he was born and raised.

Ryleigh Modig, “drivers license” — Grade: B- | Excellent song choice; Olivia Rodrigo’s hit teed up a banner opportunity for Ryleigh to really play up her uniqueness. Trouble was… she didn’t altogether take advantage of it. Don’t get me wrong; she sounded fine — and on a run here or there, memorably vulnerable — but the overall feeling was… eh.

Zania Alaké, “Dangerous Woman” — Grade: D | Oh, Zania. What happened?!? Watching her, she was sultry and sensational. Listening, though… was it not the best key for her or what? Until she made it to the part where she got to belt, Ariana Grande’s smash seemed like a struggle for Zania. And even when she did get to go big, it sounded, let’s say, strained. I have a bad feeling this was Zania’s swan song. 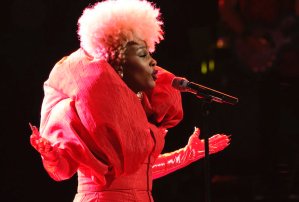 Pia Renee, “Need U Bad” — Grade: A- | First of all, that outfit — Pia was serving supervillainess realness in spectacular fashion. And she was utterly living her Jazmine Sullivan cover, turning out a vocal that spoke to her delight with the material. Not sure if it’ll be a vote-getting performance, but I had to agree with Blake: This was the best of the night by a member of Team Legend.

Victor Solomon, “I Wish” — Grade: B | I wouldn’t have minded Victor’s mic being turned up a bit on his Stevie Wonder cover, but even not hearing him as well as I’d have liked, I could tell that he was delivering a whole lotta personality, both via his stage presence and his vocal. Was he hoarse, though? His voice sounded shredded in a way that I don’t recall it ever having been before. It worked for him, it was just… noteworthy.

Dana Monique, “Free Your Mind” — Grade: A | From the word “go,” Dana freakin’ reached through the screen and took hold of me. The human wrecking ball has a voice that’s so magnificent and mammoth, it’s a wonder it can be contained by an indoor venue. And whereas so many of her competitors Monday sounded screechy when they tried to force a moment, she just naturally turned every damn second on that stage into one that made it tough to keep your jaw from dropping. Su. Per. Star. 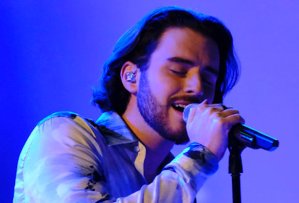 Andrew Marshall, “Put Your Records On” — Grade: F | Love this Corinne Bailey Rae song. Hate Andrew’s rendition of it. Did his coach assign this? If he didn’t, could he not have talked Andrew out of shooting himself in the foot? I can’t say that he didn’t hit a note or two here and there, or that his dancing wasn’t cute, but good Lord, the poor fella — this was a disaster.

Jose Figueroa Jr., “Talking to the Moon” — Grade: C | When Jose started, I was like, “C’mon, man, we need a sonic palate cleanser after Andrew.” And Jose was definitely an improvement, indulging in run after run as he’s wont to do. But every time he worked up a good head of steam and I started thinking, “OK, this is pretty hot,” he had to sing the word “moon,” and it was — d’oh! — reliably flat.

Devan Blake Jones, “Shape of My Heart” — Grade: D | Poor Devan. He survived the Four-Way Knockout only to turn in a performance as shaky as me after that sixth cup of coffee. He seems like the nicest guy, and I’m sure there’s a lovely voice in there somewhere, but ack. This was just bad. If it had been a Battle, not a Live Playoff, the producers would have edited it down to next to nothing (along with Andrew’s performance).

Rachel Mac, “Rainbow” — Grade: B+ | Ah, at last another singer who knows how to harness her voice. On her Kacey Musgraves cover, Rachel almost seemed to be just playing with her vocal, having fun putting it through its paces. I wasn’t sure about the teary finish — sincere or put on? — but overall, it was a strong, well-modulated performance (especially by comparison to some that we’d heard Monday). 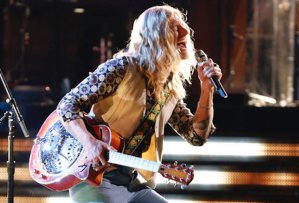 Jordan Matthew Young, “Gold Dust Woman” — Grade: A | Two words: nailed it. Jordan sounded so at-home on his Fleetwood Mac cover, he could’ve gotten mail delivered there. He was absolutely present, the epitome of the trippy rock star, and his rasp-tacular voice never let him — or us — down. Afterwards, his coach credited him with “bringing down the thunder.”

Anna Grace, “Let Her Go” — Grade: B+ | So spare was the arrangement at the beginning of Anna’s Passenger cover, there was no missing how lovely and lilting her vocal was. The song never really went anywhere, but it was still a nice showcase for Anna’s sorta ethereal voice. It also worked really well with that drowsy Lana Del Rey vibe that Anna has.

Pete Mroz, “We Belong” — Grade: C+ | I hoped to be really wowed by Pete’s stripped-down version of Pat Benatar; in theory, it should’ve worked gangbusters, combining his storyteller vibe with a song so familiar, it would be hard not to hear it as karaoke. Instead, it came off sorta cheesy. Pleasant but cheesy. (I know — I’m saying that, and yet, I got drawn in by Rachel Mac’s “Rainbow”; knee-jerk reactions are weird that way.)

Cam Anthony, “Take Me to Church” — Grade: A | Oh, yeah! It’s not for nothin’ that the show saved Cam to close out the night. Kid’s a star to the power of 10. Here, he dished out a glorious reminder of what an electric performer he is and just how unstoppable that voice of his is. Arguably, not since Chris Blue in Season 12 have we seen a talent this ginormous. “You could be the first superstar that we launch off of this show,” said his coach when he was done. Amen to that!

So, were you satisfied with the outcome of the Four-Way Knockout? And which singers do you think will make it through following their Playoffs performances tonight? Vote in the poll below, then hit the comments.