The actress goes into blonde bombshell mode to transform into Pamela Anderson for the new Hulu limited series Pam & Tommy, as you can see in the first-look photos released on Friday. James stars as Anderson, alongside The Falcon and the Winter Soldier‘s Sebastian Stan as her new husband Tommy Lee, in a comical look at the true story behind the illicit release of Anderson and Lee’s honeymoon sex tape.

In the full photos below, James — best known for more chaste roles in Downton Abbey, Baby Driver and Mamma Mia! Here We Go Again — slinks her way into a black leather vest and matching pants, with long blonde locks to match Anderson’s. In another shot, Stan is shirtless and covered in tattoos to match the Mötley Crüe drummer as James’ Anderson… well, nibbles his nipple.

Pam & Tommy also stars Seth Rogen as Rand, the disgruntled electrician who steals the couple’s sex tape and makes it go viral, with Taylor Schilling (Orange Is the New Black) as his estranged porn-star wife and Nick Offerman (Parks and Recreation) as “the money guy” who helps Rand distribute the sex tape.

Check out the photos below for a first look at Pam & Tommy, and then hit the comments and tell us: Do James and Stan look the part? 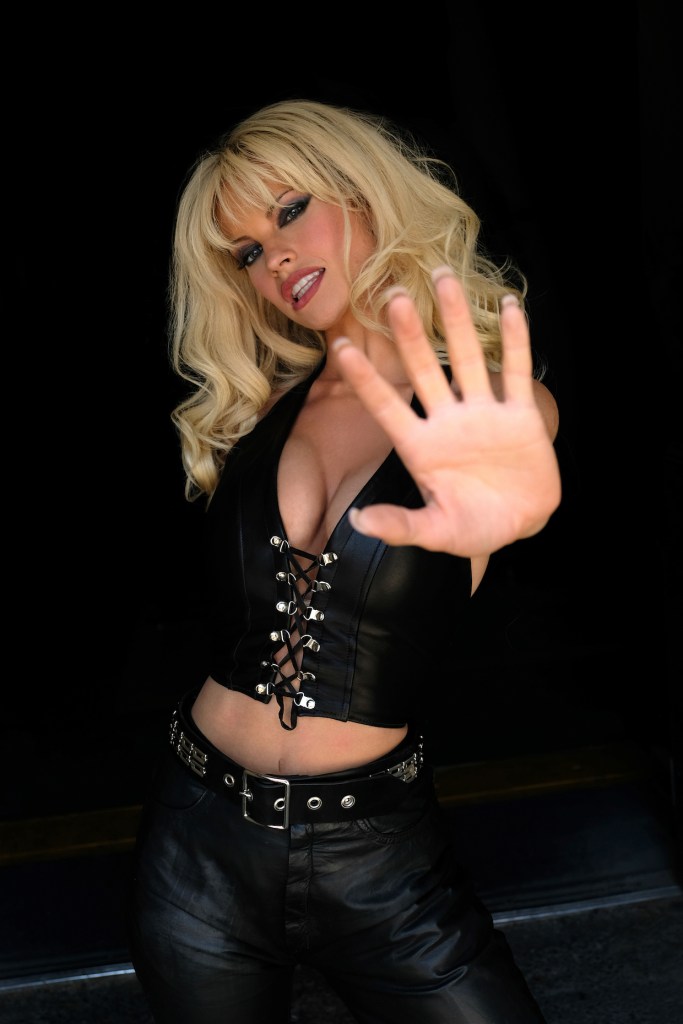 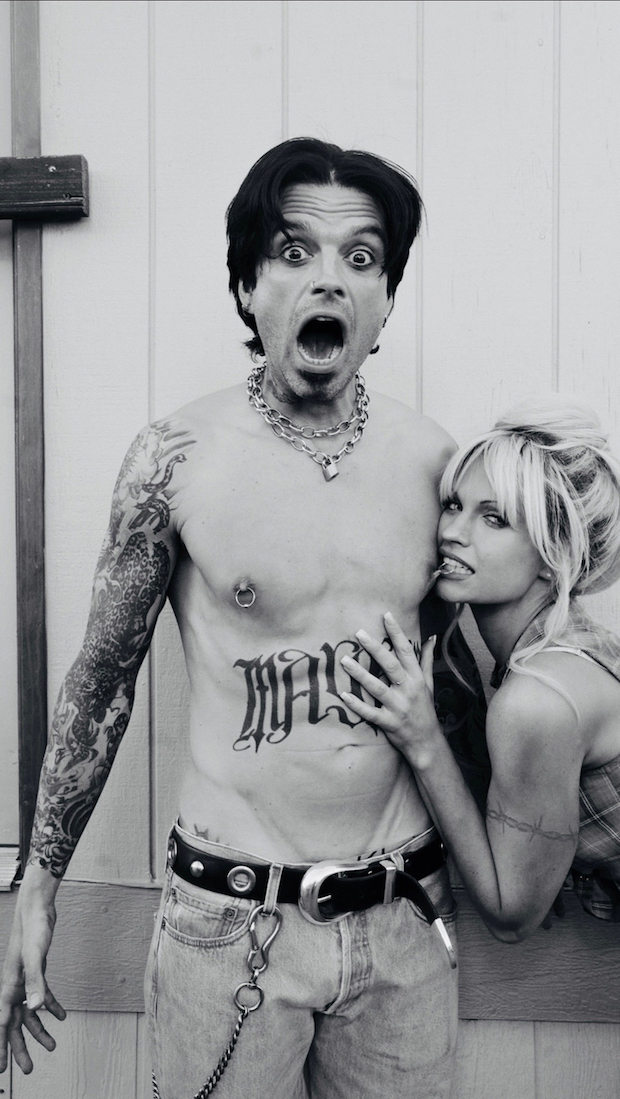