It’s almost inconceivable that Josh Duhamel did not suit up as a superhero until now. But Jupiter’s Legacy, premiering Friday, May 7 on Netflix, promises to prove worth the wait, he says.

Known to TV audiences from his roles on Las Vegas, Hulu’s 11.22.63, USA’s Unsolved: The Murders of Tupac and the Notorious B.I.G. and, yes, All My Children, Duhamel perhaps came closest to “superhero” fare with his role as Army Ranger William Lennox in the Transformers movie franchise. But even there, he played a mere (though badass) mortal who battled robot aliens.

“Earlier on [in my career], I was up for some things. I went and auditioned for some stuff. But I never really came that close” to being any kind of costumed crimefighter, Duhamel shares with TVLine. With a chuckle, the 48-year-old adds, “I figured my time as a superhero had come and gone!”

Lorenzo di Bonaventura, a producer on Transformers, saw Duhamel’s destiny differently, calling “out of the blue” to pitch Jupiter’s Legacy, on which he is an executive producer.  “And I loved the script,” Duhamel effuses. 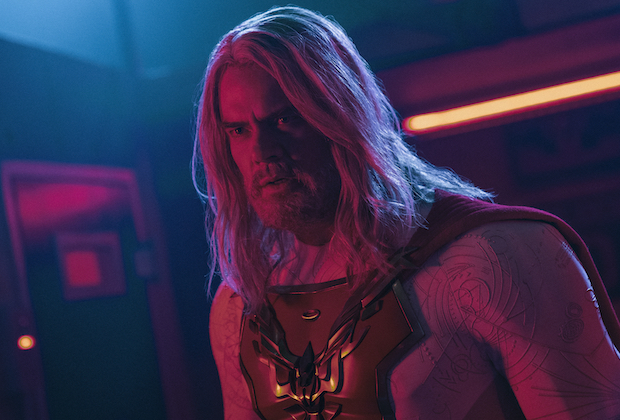 “Sheldon is so beholden to this [no kill] code, it almost seems like a death wish.”

Based on Mark Millar and Frank Quitley’s comic book series of the same name, Jupiter’s Legacy stars Duhamel as Sheldon Sampson aka Utopia, a revered hero who for some 90 years has led a team of super-powered humans known as The Union; Leslie Bibb (American Housewife) plays his wife Grace/Lady Liberty. As the series opens, there is speculation about whether Shel and Grace’s son, Brandon aka Paragon, will take up the Utopia mantle, though his ongoing mastery of his powers (as well as butting up against the Union’s “no kill” code) threaten to slow his ascension. Daughter Chloe (Sacred Lies‘ Elena Kampouris), meanwhile, has zero interest in costumes and silly names, instead preferring to parlay her “super” status into scantily clad magazine covers and cocaine-fueled all-nighters — much to the ‘rents’ disapproval. 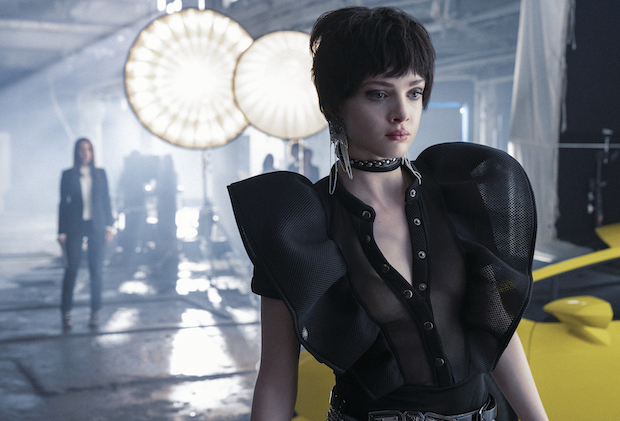 Chloe’s agent is about to learn not to ask her to strike the “hero pose” as part of an endorsement.

The Sampsons’ saga in and of itself “has this real sense of family and dysfunction,” Duhamel observes. “It’s about responsibilities and regret and betrayal…. All of the kind of things I like when I watch a show.”

Duhamel in particular found the scenes with Shel’s kids to be “really fascinating, because for a guy who can fly around the world in 12 seconds and shoot laser beams from his eyeballs, he’s powerless when it comes to communicating with his 20-year-old daughter. Or, he fumbles through trying to connect with his son. It makes him vulnerable and relatable in a weird way.” 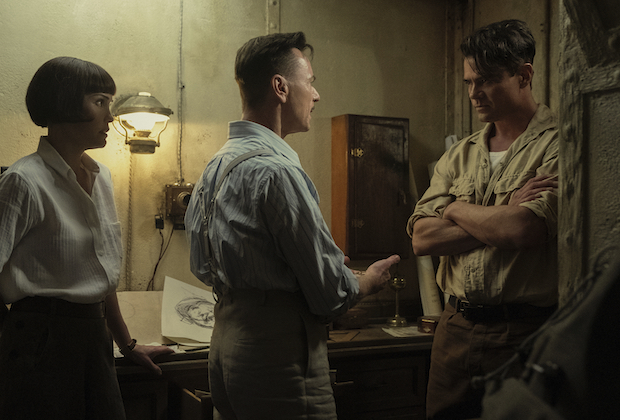 Jupiter’s Legacy also spends much time in the past, chronicling how a circa-1929 Sheldon went from a budding steel tycoon’s gung-ho scion to a tragedy-stricken soul thrust forth on a mission to discover… something. And all whilst locking horns with his brother Walter (The Exorcist‘s Ben Daniels), who will one day become Union member Brainwave.

Rounding out the cast of the past are Matt Lanter (Timeless) as George Hutchence/Skyfox, Mike Wade (SEAL Team) as Fitz Small/Flare and David Julian Hirsh (Weeds) as Dr. Richard Conrad/Blue Bolt, all of whom figure into the telling of the supers’ origin story, which “allows the audience to understand how it all began, and gives context later on for what they went through to get there,” Duhamel says.

The dual timelines is where Duhamel’s delayed entry into the superhero space proved fortuitous, being young enough to play one version of Sheldon and old enough to play the other. Yet while “it’s the same guy, it’s almost two different characters,” he contends. “At the beginning, he’s happy-go-lucky and bullish on the future — and then everything comes crumbling down after the market crash in ’29.” That real-world setback, coupled with a personal loss, leads to “a psychological unraveling that sends him off on this crazy adventure,” the actor shares. “It’s the dream of an actor to go to those places.” (For good measure, there’s a “third” Sheldon in at least one flashback to his parenting of pint-sized kids.) 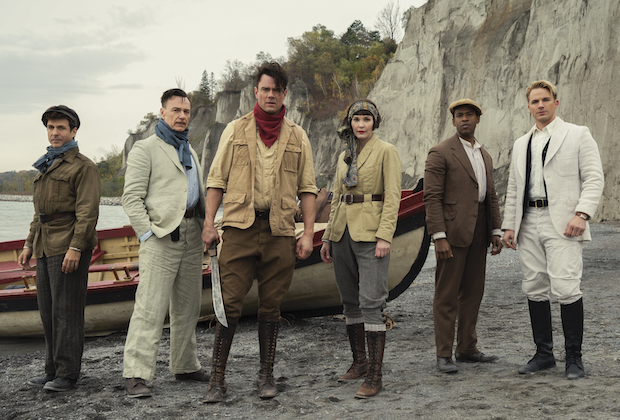 When playing the Sheldon of 90 years later, meanwhile, “We see that those things that happened all that time ago still are affecting him. Some of those things still haunt him” as he juggles both the fate of his mighty legacy and an unpredictable, new villainous threat.

Of course, Jupiter’s Legacy is roughly the 11teenth superhero series to hit the small screen in recent years alone, and that’s in addition to all of the theatrical offerings from Marvel and DC. Fatigue is quite possibly settling in for its target audience. So, what makes this saga special? Why should one put these eight episodes into their Netflix queue?

“This is an examination of what it would be like to actually live this kind of life, to have these kinds of powers,” Duhamel answers. And as a result, “This is as much a family drama/’makings of a modern tragedy’ as it is a superhero show, and that is what I think people are really going to love.” Additionally, “to see a new generation not necessarily agreeing with the ways of the old, there is something current about that,” he suggests. “These new ideas and opinions on how things should be run are not what Sheldon is used to, so he is forced to start listening. And I think that there are themes there in common with what’s going on in the world now.”