Team Flash will get a fun blast from the past — er, future? — in the CW series’ 150th episode.

Because in addition to Jordan Fisher (To All the Boys 2, Grease Live!) making his debut that week as Bart Allen, “the fastest teenager on the planet” — and Barry and Iris’ future son — TVLine can now confirm that Jessica Parker Kennedy will in turn reprise her role as speedster Nora West-Allen.

In fact, Kennedy will be back for a few episodes, including the milestone 150th, though there are no details beyond that. 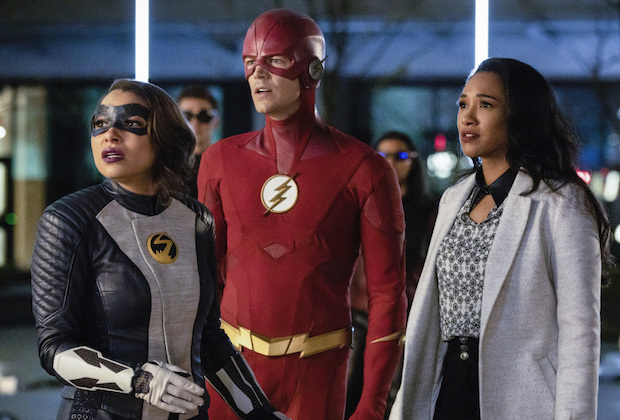 Barry and Iris first met their grown daughter back in Season 5, when Tornado Twin Nora aka the speedster known as XS visited from the future (albeit with a hidden agenda). JPK wrapped her original run in the Season 5 finale, when Nora sadly faded away amidst the cementing of a new  timeline.