Henrietta Lange is alive and kicking and — perhaps best of all — back at the Office of Special Projects, as seen in these exclusive photos from NCIS: Los Angeles‘ Season 12 finale.

All season long, the team’s Operations Manager (played by original cast member Linda Hunt) has been mysteriously out of pocket, on a covert mission that took her “nowhere I want to be” (she once revealed via a staticky video call). Part of that was due to the demands of producing TV during a pandemic. “We’re doing everything we can to keep everyone safe, and Linda is a little extra special in terms of how we have to look out for her,” showrunner Scott Gemmill told TVLine last fall, noting how the 76-year-old Academy Award winner’s appearances on video were filmed in the driveway at her home.

Recently, Retired Navy Admiral Hollace Kilbride (played by Gerald McRaney) suggested to interim Operations Manager Nell (Renée Felice Smith) that “Hetty’s not coming back.” He went on to note, “She has had her foot out that same door far longer than you have. And I think it’s time we accept this mission she’s on may very well be her last.”

But at the very least, Hetty will return to HQ, in one piece and smiling, in the Season 12 finale (airing Sunday, May 23 on CBS). In that episode, titled “A Tale of Two Igors,” Deeks is kidnapped by an associate of Kirkin’s; the team investigates the shooting of a militarized dolphin equipped with a Russian microchip; and Eric makes Nell an interesting offer.

“It was just so great having Linda back on set, especially for her scenes with Renée [Felice Smith],” Gemmill tells TVLine. “Hetty is such an important and almost mythical character to NCIS: Los Angeles, and fans are going to love seeing them together again.” 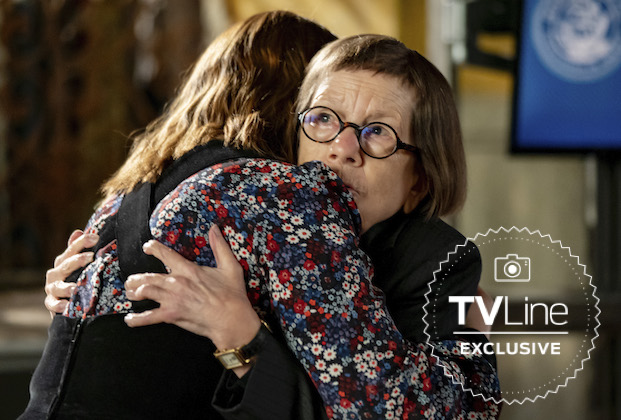