MacGyver would have had to find a way to secure a diaper using paper clips, had CBS decided to order a sixth season of the procedural.

During what I will call “Part 1” of TVLine’s in-depth series finale post mortem, showrunner Monica Macer shared that — building off of seeds planted in Season 5’s quarantine and Indian wedding episodes — Season 6 would have served up a “big, Romancing the Stone-like treasure hunt” in which Russ (Henry Ian Cusick), Mac (Lucas Till) and Bozer (Justin Hires) chase after long-lost Incan loot.

The three men, however, would bump into Sofia Walker (Russ’ longtime sometime fling, played by Holby City‘s Camilla Arfwedson), who is also after the treasure — and ultimately Russ and Sofia partner up on the hunt (and in other ways). 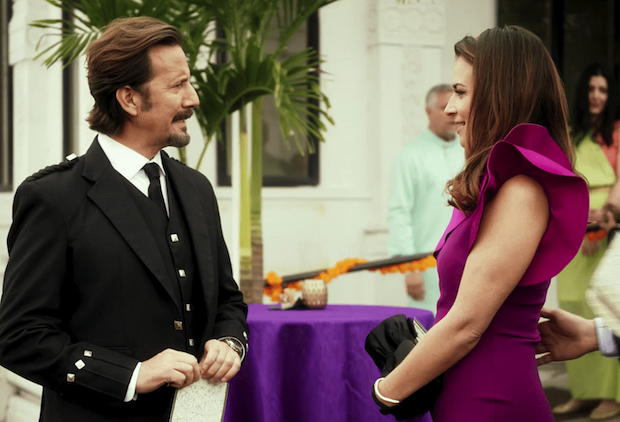 Amidst all the derring-do, Russ and Sofia “were going to have a little tryst that was ultimately going to end up with Sofia getting pregnant and Russ becoming a father,” Macer tells TVLine. “That was sort of the long game that we were playing” by introducing Sofia midway through Season 5.

Of course, when a show has a baby on board and multiple men on hand, you can usually count on a spin on the classic film comedy starring Tom Selleck, Ted Danson and Steve Guttenberg.

With Russ becoming an undoubtedly flustered new father, “we could do our Three Men and a Baby episode, with Russ, Mac and Bozer, in the future,” Macer shares.

Want more scoop on (what could have been) MacGyver (Season 6), or for any other show? Email InsideLine@tvline.com and your question may be answered via Matt’s Inside Line.