The CW’s next DC heroine is ready for her close-up. The network on Friday released an official first look at Ava DuVernay’s Naomi pilot, starring Kaci Walfall (Power) in the title role.

Based on characters from the comics, Naomi “follows a teen girl’s journey from her small northwestern town to the heights of the multiverse,” according to the pilot’s official logline. “When a supernatural event shakes her hometown to the core, Naomi sets out to uncover its origins, and what she discovers will challenge everything we believe about our heroes.”

DuVernay and Jill Blankenship are writing the project, executive-producing alongside Sarah Bremner and Paul Garnes. Director Amanda Marsalis will also serve as co-executive producer. Naomi is produced by ARRAY Filmworks in association with Warner Bros. Television.

Naomi is one of several buzzy pilots currently being produced for The CW. Another is Powerpuff, a live-action reimagining of Cartoon Network’s iconic Powerpuff Girls. (Click here for a guide to everything we know about it so far.)

Behold Walfall in all her glory below, then drop a comment with your thoughts on Naomi. 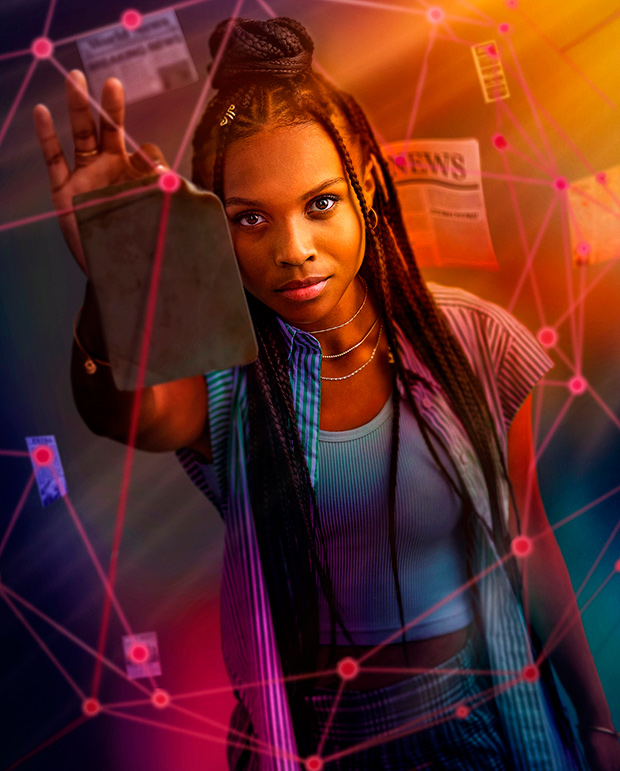