This week’s episode, titled “Prom Night!” and airing tonight at 9/8c, finds Dreamer and Brainiac traveling back to the past in the hopes of acquiring an item that could be the key to rescuing the Girl of Steel from the Phantom Zone. But they’ll need to keep a low profile when encountering both a young Kara (played by Izabela Vidovic) and an rising star reporter by the name of Cat Grant (Eliza Helm) if they hope to get the job done without altering the future.

According to Nicole Maines, who plays Nia/Dreamer, the flashback episode will be a fun one for fans, featuring both “some great references” as well as a buddy cop dynamic between Nia and Brainy (Jesse Rath) as they inevitably mess things up while in the past.

Here, Maines touches on the exciting installment and teases big things for Dreamer in the remaining episodes of the Arrowverse series’ final season.

TVLINE | What can you tease about this episode and where Dreamer fits in?
This episode is super fun. We kicked off this season from a high stakes place and this is still high stakes, but it’s with Brainiac and Dreamer at the helm. It’s got a very big pinch of fun in it. Running around 2009 with young Kara and Alex (Olivia Nikkanen) and [their high school friend] Kenny (Peter Sudarso) was a blast, running into young Cat Grant…. There are so many fun little references and nods that we got to do that I’m so excited for people to see. 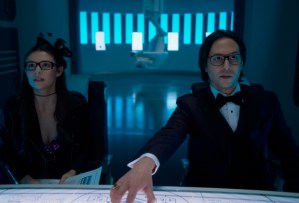 TVLINE | At the beginning of the season, there was a bit of tension between Nia and Brainy. But now that Brainy has promised no more secrets, is everything good between them?
There is as much tension as there can be in going back to the past; I can’t think of two people who would be more likely to mess something up. This is a really great opportunity for Brainiac and Nia, because their relationship has not had a smooth go of it. This is an opportunity for them to go on an adventure together and support each other through their insecurities, through their struggles. We’re going to see some really great goals for the two of them.

TVLINE | This season will find Nia unpacking her emotional baggage. Can you talk a little about her journey ahead, and working through some of that past trauma?
Nia’s biggest fear is that she is a liability to those around her and that her inability to understand her powers puts her friends in danger. We’re seeing this with Kara, where Nia hasn’t been able to interpret her dreams and if she can’t figure it out, she’s not going to be able to free Kara from the Phantom Zone. She is putting a tremendous amount of pressure on herself, and as that pressure builds, she’s going to become more and more desperate — and potentially reckless to figure it out. Nia will do whatever she needs to do, by any means necessary, to finally figure out these powers, because without her mom or sister, she hasn’t had anyone to properly teach her. 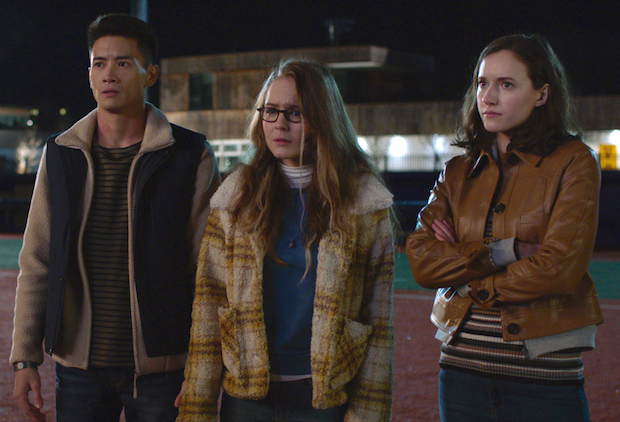 TVLINE | She also doesn’t have her friend and mentor, Kara, who’s now in the Phantom Zone. How has that impacted Nia as she’s dealing with this pressure of trying to save Kara, but isn’t able to turn to her for help?
Nia has really had to step up and stand on her own two feet. Without Kara there for support, [it’s] kind of like the training wheels were taken off and now she’s put in a position where she needs to perform, and she needs to be Dreamer. Going back to Midvale in 2009, we’re going to Nia put in a position of mentor to young Kara, because now the first aliens that Kara’s ever met are Nia and Brainy. Similarly to how Kara helped Nia embrace her powers, Nia will be able to help Kara do the same.

TVLINE | That’s such an interesting flip on the dynamic. Is it going to give Nia a confidence boost, having that leadership role and learning that she can do more than she thinks she’s capable of?
Yes, but it’s all going to come back to understanding her powers. As much confidence as Kara or Brainy or anyone can give her, she’s not really going to be in full control of the ship until she knows how it works, and she doesn’t know how to do that. She’s going to do whatever she can to get to that point, because there’s no one else who can help her.

TVLINE | I’m really hoping she can figure out her powers.
Her powers are one of the few remaining things keeping her from fully stepping into the mantle of the Dreamer and moving from that position of apprentice/sidekick/hero-in-training. Once she’s able to finally get over these last [few] hurdles, she will finally become a full-fledged superhero. 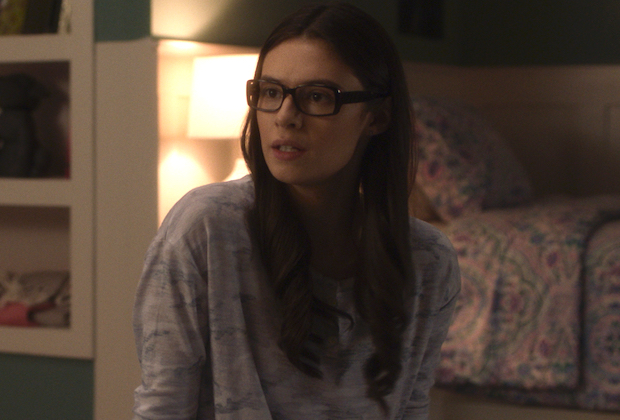 TVLINE | Having written for a comic anthology featuring Dreamer, do you have your own specific visions for what her at full capacity looks like?
Whenever we have seen Dreamer fight, it’s been with one hand tied behind her back. I am a firm believer that Nia is one of the most powerful characters in the Arrowverse, and she just hasn’t had the opportunity to fully step into that yet. I’ve written a little bit of it in the comic and given her this new sense of responsibility and understanding of her powers, and given her a couple of new, cool things to get people excited. But as far as Nia in the show goes, I’m really excited to get to see what that looks like when and if she does finally is given the tools to succeed. She’s stopping tidal waves and she’s not even at 100 percent, so what can she do when “the gloves are off”? There’s that moment in Naruto when Rock Lee takes the ankle weights off and then he’s fast as lightning — I feel like that’s going to be it.

TVLINE | Is there anything else you can tease about the journey ahead as the Super Friends try to bring Kara back from the Phantom Zone?
We know that Kara is going to come home before the halfway point. In Episode 7 (airing May 11 and directed by Supergirl‘s David Harewood), we’re going to see everybody dealing with their deepest fears, and there will be some emotional hurdles to jump through that will have long lasting rippling effects on our Super Friends.