Fox is mulling a return to Bedrock, teaming with Warner Bros. Animation and Elizabeth Banks for a primetime animated adult comedy that will continue the story of that “modern Stone Age family,” the Flintstones.

The Worst TV Reboots of All Time 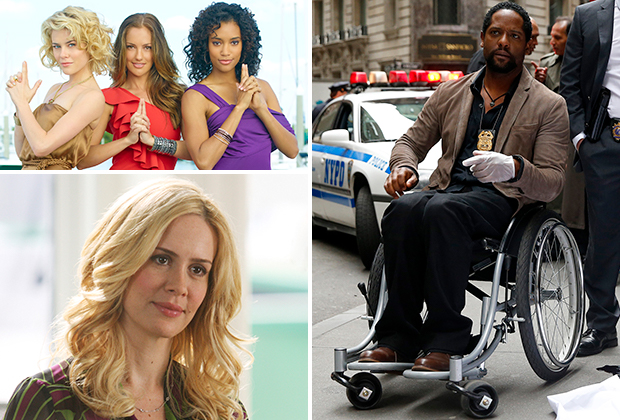 With a pilot penned by Lindsay Kerns (DC Super Hero Girls) and Banks voicing grown-up Pebbles Flintstone as well as producing, Bedrock will catch up with the Flintstones two decades after the classic cartoon was set, with Fred on the brink of retirement and twentysomething Pebbles embarking on her own career. “As the Stone Age gives way to a shiny and enlightened new Bronze Age, the residents of Bedrock will find this evolution harder than a swing from Bamm-Bamm’s club,” quips the synopsis.

“Long before the Simpsons and Springfield, the Griffins and Quahog or even when the Belchers started serving burgers on Ocean Avenue, there were the Flintstones and Bedrock,” Fox Entertainment president Michael Thorn said in a statement. “Their imprint on the animation universe is undeniable, and the idea of adapting it for today’s audience is a challenge we here at Fox are very much looking forward to taking on with Warner Bros., Elizabeth and Lindsay. No pressure whatsoever, really.”

“The Flintstones are the first family of primetime animation,” added Warner Bros. Animation EVP Peter Girardi. “Elizabeth and Lindsay have a brilliant take on these characters, and Fox and Brownstone are the perfect partners to bring them back to primetime. This is going to rock (sorry).”

Family Guy‘s own Seth MacFarlane once eyed a Flintstones update, some nine years ago, but it got shelved after then-network chief Kevin Reilly read the pilot script and “liked but didn’t love it.”

Are you curious about an “adult” Flintstones follow-up?