Sisterhood is the heart and soul of Delilah.

This not only includes the strong bond between besties Delilah and Tamara, but also Delilah and her former college roommate-turned-client Leah. But as viewers saw in Tuesday’s Season 1 finale of Craig Wright’s latest OWN drama, some sisters can’t be saved. Although it seemed like Leah — who really did steal Delilah’s boots when they were young — was a good person, she only cared about herself in the end.

Delilah did all that dirt and extra work to help Leah win her case against Fred Osbourne, and really, all Leah wanted was that fat check. Making matters worse, she lied to Delilah and withheld information. When Delilah called her out on it, she threw Delilah’s hefty legal fees in her face.

Meanwhile, Delilah risked her life, her job, her friendship with Tamara, her relationship with her kids, her father’s high-ranking job and other potential clients for Leah to ultimately shake her check in Delilah’s face and shrug her off. Terrible. But at least Leah helped Delilah get justice when it came to Osbourne, and he had to make things right financially for wounded soldiers. 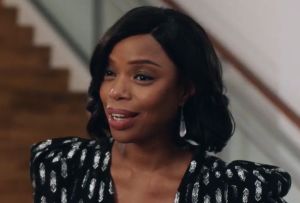 Thankfully, Delilah and Tamara are in a good place again. And it was really sweet seeing Delilah and the kids at Tam’s engagement party. Delilah even got a chance to flirt with Casey’s best man Jamal, who promptly won over Marcus by playing the piano for him while he sang. And little Marcus’ song choice couldn’t have been more apt than Marvin Gaye’s “What’s Going On?” Because seriously, what is going on with Mace?

Harper closed out the finale by finding Delilah and telling her that Frieda Nichols is missing, and the police are looking for the last man seen with her — Mace. Now that’s a cliffhanger.

If Delilah comes back for a Season 2, hopefully the Mace mystery will be solved with the quickness. Other loose ends that will have to be tied up if the legal drama returns include Gordan and Katya’s relationship; Delilah’s slowly improving relationship with her father; and whatever took Casey to Raleigh, North Carolina.

Fingers crossed that the Raleigh trip was truly innocent, because Tamara and Casey really do make a great team. The dinner scene when Casey told her about Win Jr. and his father’s attempts to shut down the reparation tax bill was one of the best in the episode. And he made short ribs. 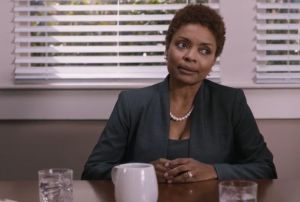 Other finale highlights included Tamara and Win Jr. scheming to oust his father from the law firm, Nate’s standing ovation when he left the rehabilitation center and Demetria acting as the unexpected voice of wisdom and reason when it came to Delilah and her dad.

The Color Purple‘s Maria Howell guest-starring as mediator Judge Adora was also an added treat, and if there is a Season 2, here’s hoping we get see her again too.

Give the Delilah finale a grade in our poll, and share your thoughts in the comments.