Doom Patrol in Season 3 will introduce both its version of the Brotherhood of Dada as well as the Dead Boy Detective Agency, cutting deep as it does with the more arcane comic book fodder.

The Sisterhood of Dada, as it will be known on the HBO Max original, is comprised of Malcolm (played by onetime Flash guest star Micah Joe Parker), a quiet, sensitive and thoughtful soul who would often rather be invisible than face this unforgiving world; Shelley Byron aka The Fog (Agent Carter‘s scene-stealing Wynn Everett), a charming, seductive and poetic alleged terrorist;  Lloyd Jefferson aka Frenzy (Cloak & Dagger‘s Miles Mussenden), a sculptor of strange life-like masks who is covered with tattoos and scars; Holly McKenzie aka Sleepwalk (Anita Kalathara), a hard-partying, light-hearted ne’er do well; and Sachiko aka The Quiz (Gina Hiraizumi), a germaphobe whose crippling phobias mask awe-inspiring powers.

Mr. Nobody (played by Alan Tudyk in Season 1) was a member or founder of the Brotherhood; someone smarter than me can probably elaborate.

Turning to the Dead Boy Detective Agency: As previously reported by The Direct, Ty Tennant (Fox/Canal+’s War of the Worlds) will play Edwin Payne, who since dying 80 years ago due to a “clerical error” has seen horrors no one could imagine, while Sebastian Croft (Game of Thrones‘ Young Ned Stark) will similarly guest-star as Charles Rowland, another long-dead lad who does his best to be chipper, though his death by hypothermia and neglect haunts him. Additionally, Madalyn Horcher (Fox’s Gracepoint) will guest-star as Crystal Palace, a sarcasting teenage medium whose only friends are Charles and Edwin. 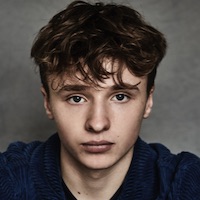 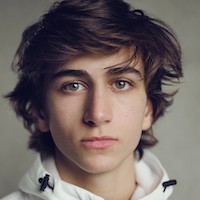 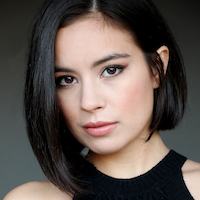 Want scoop on Doom Patrol, or for any other show? Email InsideLine@tvline.com and your question may be answered via Matt’s Inside Line.