Warning: The following contains spoilers for Wednesday’s Good Trouble finale. Proceed at your own risk!

Good Trouble‘s midseason finale dealt one resident of The Coterie a very big surprise: Gael’s one-time hookup Isabella is pregnant with his baby!

And that was hardly the only major development in Wednesday’s episode: Dennis returned to tell Davia that she’s his light and was greeted by the sight of her new boyfriend Matt clad in her robe; the Fight Club girls wanted to sue Evan for workplace harassment to get the money for their app, prompting Mariana to finally reveal that she’s dating their ex-boss; Callie discovered that Kathleen is involved in a witness’ disappearance; Alice got fed up with playing the stereotype-filled game and walked away from the comedy diversity showcase; and Malika said goodbye to Dyonte in order to prove her love to Isaac, who declared that he needed a break.

Now, take a moment to recover from all those revelations before diving into our chat with showrunner Joanna Johnson, who breaks down the finale twists and previews what’s ahead when Season 3 resumes.

TVLINE | The show tackles a lot of issues affecting people entering adulthood: work, relationships, financial responsibility. Was the Gael twist a chance to take that one step further and explore parenthood?
Yeah, definitely. Something that interests me is just this idea of what happens when you’re not in a relationship with the person you’re going to have a baby with, and how do you navigate that, and how do you talk about the future? It’s so complicated, and especially [with] someone you barely know. So I thought that’d be really interesting to explore. And also, for their age, it’s just very overwhelming when you don’t have money, when you don’t know how you’re going to take care of a child.

TVLINE | Is the baby definitely Gael’s? There’s no question about that?
Well, I think you’ll just have to wait and see. [Laughs]

TVLINE | Isabella doesn’t have the greatest track record for being trustworthy.
I’m not gonna rule out anything, let’s put it that way.

TVLINE | Gael’s pretty shocked by the news, obviously, but how is he absorbing it moving forward?
He’s having a hard time really sort of accepting… I think he also judges himself. He’s hard on himself. Like, why wasn’t he more careful? Why did he let this happen? How is his family going to react? He comes from a Catholic family who are pretty conservative. There are those things to think about, and how will taking responsibility for this change his life? What’s he going to have to do? He is a guy who really is very conscientious and thinks about others and thinks about consequences, so he’s not some guy who’s like, “Oh, whatever, we’ll figure it out.” He really takes these things seriously.

TVLINE | Callie and Gael were really starting to gravitate back towards each other this season. With this pregnancy twist, where does that leave them?
It certainly puts a damper on the fact that they were trying to find their way back to each other. Callie’s been questioning whether she chose the wrong guy when she chose Jamie, and Gael’s also been wrestling with the fact that he got really hurt when she chose Jamie, and does he want to set himself up again for potentially getting hurt? They’re both sort of dancing around each other in that way a little bit. But that chemistry that they’ve always had is there.

TVLINE | Does the baby news impact what Callie wants to do with regards to maybe getting back together with Gael? That’s a whole lot of extra baggage to take on.
It’s definitely going have an impact on next steps [and] definitely impact their relationship, which is something that we deal with in the next half of the season. 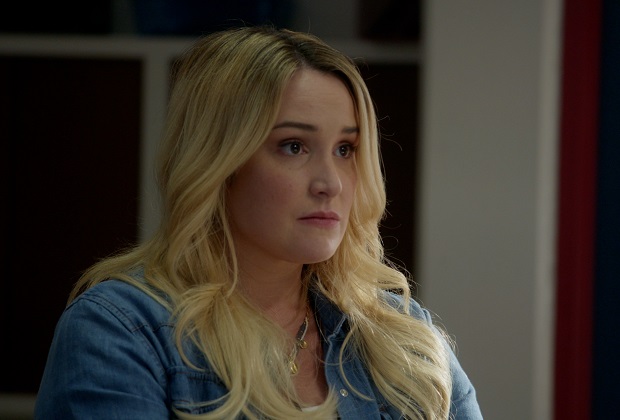 TVLINE | How does Davia feel about Dennis being back? Is it safe to say she’s not ready to just forgive him and end things with Matt?
I think in that scene, she’s a little upset with Dennis, like, “Oh, here you are waltzing back in. You left unannounced, and here you are walking back in unannounced.” She’s still very hurt, but she also has really strong feelings for him. They have this history and this chemistry. She’s going to definitely be confused about what to do.

TVLINE | Is Dennis going to move back into the loft?
Yeah, he definitely has come back, at least for now. 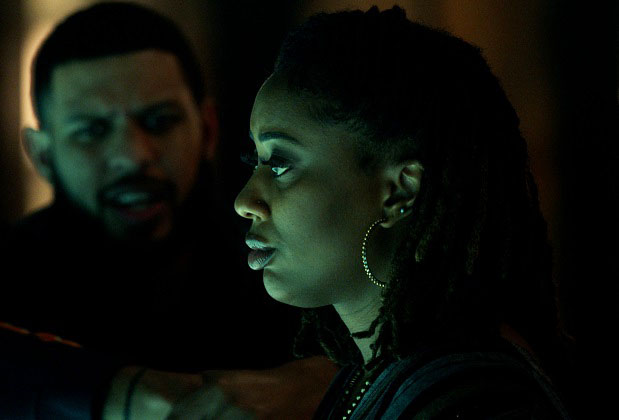 TVLINE | Speaking of love triangles, has Malika gone from having potentially two boyfriends to no boyfriend at all?
It kind of looks that way, doesn’t it? [Laughs] She took a big chance, telling Isaac that she’s poly and wants to pursue this relationship with Dyonte. She wasn’t prepared for Isaac to say he needs a break and take off. So that’s pretty hard for her. She’s definitely reeling from that.

TVLINE | Was polyamory specific to just her feelings for Dyonte, or is it something that she wants to explore in general in the future?
I think it’s something that she wants to explore in general. But polyamorous people are often willing to be monogamous if they’re with someone who really feels strongly. That’s kind of where she’s at. She’s like, “I don’t want to lose you,” to Isaac, “so I won’t explore this thing.” But his point of view is, “But you want to,” and knowing that, it’s hard to just ignore it.

TVLINE | Everything is also finally out on the table between Mariana and the Fight Club girls. How is that going to impact their business venture?
That was a big revelation for Mariana, because she’s really kept a secret from them for so long. It’s going to be interesting to see how they react to that. It’s a pretty big betrayal in their friendship. 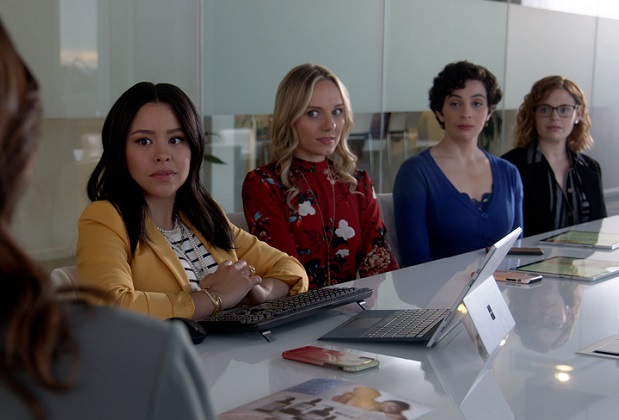 TVLINE | Does hearing the things that they’re saying about Evan make Mariana rethink her relationship?
There are certain things with Evan that Mariana has made excuses for. It’s going to make her have to look at how long she can separate the professional from the personal. She’s doing something that Callie wasn’t able to do with Jamie. When they had a big ethical difference of opinion, Callie had to break up [with him], whereas Mariana was more like, “Well, I can understand his side and his point of view,” but for how long?

TVLINE | Kathleen asks Callie to be her lawyer, and Callie doesn’t really say anything, but she sits down, so I don’t know if that was a silent agreement.
They have such an interesting relationship. Callie sort of goes back and forth about whether she can trust Kathleen, but there’s this kind of mentorship, and they’ve gotten a little closer this year, and they’ve shared about their mothers. And you know Callie, she loves an underdog. She can’t resist. 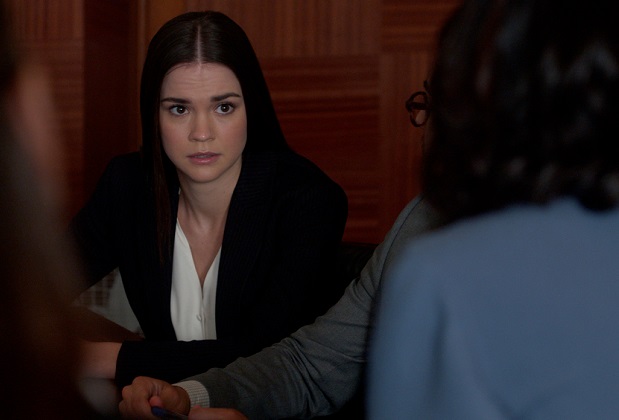 TVLINE | Alice quit her comedy showcase. Is that the end of that particular storyline for her, or will you revisit the talent showcase in the next half of the season?
We’re not done with that story. We still have a lot to explore in that realm and in that story. But Alice, certainly, has sequestered herself from the group.

Good Trouble fans, what did you think of the midseason finale? Grade it below, and stay tuned to TVLine for even more scoop!