Denial is a powerful force for Zoey’s Extraordinary Playlist‘s sister-in-law Emily, who is suffering from postpartum depression.

As viewers will see in this Sunday’s episode (NBC, 9/8c), “Emily is having trouble coming to terms with what she’s feeling and really acknowledging what she’s going through,” her portrayer Alice Lee tells TVLine. “She’s trying to sweep it under the rug, kind of brush it off.”

Meanwhile, her husband David is “also going through so much with his dad, [who] just passed away. So a lot of Emily’s inner thoughts are that she doesn’t want to be a burden to anyone,” Lee adds. “She wants to be able to get through everything on her own. She’s strong. She wants to believe she can, but in actuality, we can’t go through things alone ever in life. The episode is kind of her realizing that and opening up, really, and reaching out for help, which is hard for a lot of people.”

Below, Lee previews this week’s “very raw” heart song and how Emily’s struggle will strengthen her relationship with Zoey.

TVLINE | First of all, what was that experience like for you of shooting the “Rosanna”/”Anyone” musical number in the last episode, where you had to deviate from one song into another, while also playing all these emotions?
I know, it was crazy! [Laughs] It was really fun. It was very challenging. When I heard that that was going to happen, I don’t think I even knew how challenging it would be. That was supposed to be Max’s heart song, like fully into Rose. So just going from like thrilled to sad as f—k was a hard transition, but it was amazing shooting it. Jane [Levy] was very gracious, just giving me the space and the room for me to tap into everything. The director was amazing. We shot it several different ways. I was very nervous and anxious, of course, because it was heavy, and I wanted to make sure I did it right and I did it justice. But it was just such a safe space, and I felt very safe to tap into these difficult emotions. But at the same time, I’m like, “I don’t even know if I’m doing it. Like, you guys, did you get it?” [Laughs]

TVLINE | Max gets your heart song, which is this really powerful moment. Were you relieved or scared to find out that you were also going to be able to sing that song?
I know, right?! I guess I was like, “Oh, dang.” I mean, honestly, I knew that my version and his version would be different. I was kind of actually stoked. I was like, “Oh, cool!” I heard his version when I was in the booth before I shot the scene, and I was like, “Skylar, you sound so good.” But it wasn’t in a way where I was like, “Oh, God, I need to now deliver.” It was kind of comforting, knowing that someone else was singing it as well, to buffer any pressure that I might have felt, I guess. I loved it. He did such a good job. And I thought that the concept of the whole episode, where the songs were switching, was really cool. 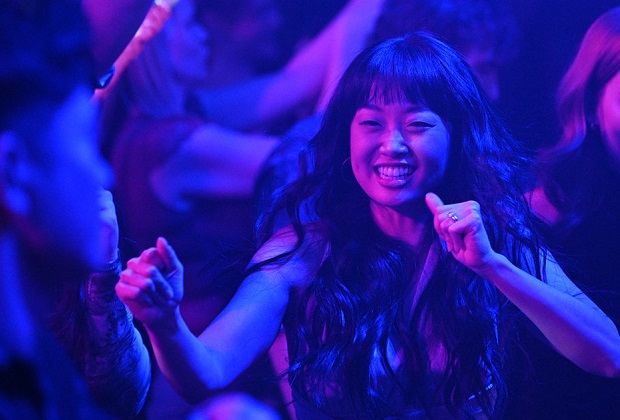 TVLINE | Zoey makes it her mission to help Emily out this week. Initially, how does Emily feel about Zoey trying to reach out to her? Is she receptive?
I don’t think Emily is receptive at all. Emily’s definitely just trying to brush it off every time, because Zoey really wants to talk and have a heart-to-heart, but Emily’s just on a totally different page. She just wants to rage or forget about it, really. It’s a funny dynamic, and I feel like we haven’t really seen a lot of Zoey and Emily together and their dynamic. It was really fun working with her during those scenes.

TVLINE | In Season 1, we got hints that Emily and Zoey are not super close. How does this episode change their relationship moving forward?
It definitely brings them closer together, for sure, because I feel like both of them have never talked to each other like this. I don’t think that either of them have ever gotten to know each other in this way. In this next episode, they have a girls’ night, they go to the club, they’re in that bathroom, and then there’s [a] whole talk, and I think it definitely bonds them in a different way now. I hope that’s reflected in the future as well. I feel like their relationship is also more developed now, which is awesome.

TVLINE | What can you preview about how Emily’s struggle is manifesting in her song number this week?
The number is pretty intense, which I loved. It’s very raw, and I feel like it’s her inner struggles trying to get out. Her whole reason [for] wanting to go out to the club is: Emily wants to, for a brief moment, forget about her responsibilities, forget about being a mom or a wife or having this depression. It’s all a lot for her, and [the club is] her escape. But no matter how much she just tries to escape, those feelings always come back, and they [come] back in that bathroom for this musical number. That number is just a representation of feeling trapped and feeling you’re not a person, you’re this machine who just keeps going. You’re the mom, and you’re just pumping and dumping. It just expresses her frustration, and no matter how much she tries to avoid it, it always comes back and in a very powerful way. It was a really cool way to show her struggle. 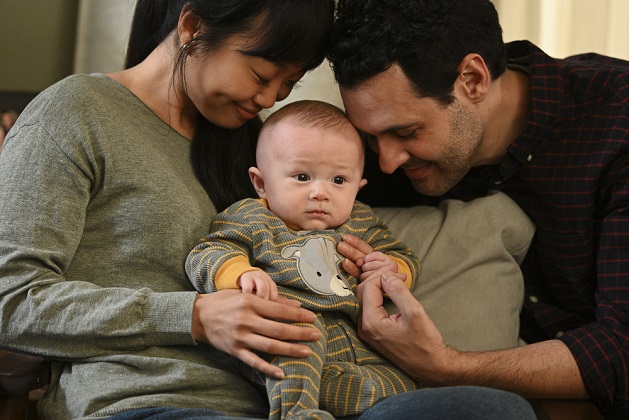 TVLINE | How would you say Emily’s struggle is impacting her marriage? Is that something that fans should be concerned about at all?
I think it’s really sweet that the reason she hadn’t told David, it’s out of love almost. She doesn’t want to bother him. He was going through so much, and Emily’s just like, “I don’t want to burden him.” But I think what makes David and Emily such an endearing couple is that they do try and work through everything. They’re really there for each other, and I think this time will be no different. Just as Emily was there for David when he was like, “I’m gonna quit my job, and I’m gonna join a band,” and she was like, “Okayyy,” he’s just the same with her, and they’re very supportive of each other, and you’re going to definitely see more of that. That’s very beautiful.