Ahead of next week’s grand finale, the queens of RuPaul’s Drag Race Season 13 reunited (mostly virtually) on Friday to spill some tea, throw some shade and, most importantly, promote some Bubly Bounce. (Symone deserves an Emmy for that delivery.)

The nine eliminated queens — Kahmora Hall, Joey Jay, Tamisha Iman, LaLa Ri, Elliott With 2 Ts, Denali, Tina Burner, Utica Queen and Olivia Lux — beamed in from their hometowns to get real about the goops and gags of the season, while the Top 4 — Gottmik, Rosé, Symone and Kandy Muse — stepped foot on the finale stage for the very first time.

Read on for the biggest Ru-velations from Friday’s two-hour event:

* Remember when Hall took so long to get ready for the season’s first challenge that she almost missed her cue? Well, she’s got good news. Sort of. “I have gotten faster!” Hall revealed. “I don’t take four hours anymore — I take three.” As for Hall’s iconic turn as the fully body-suited tree (head), this reunion gave her one last chance to nail the delivery of “I was rooting for us!” And she did… after a few tries.

* Addressing fans’ curiosity about whether something will happen between Joey and Kandy, Ms. Jay simply said, “Maybe it already has, baby. Don’t worry about it.” 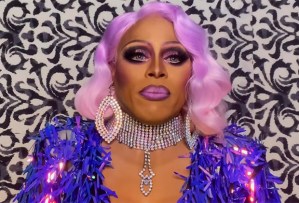 * If you thought Tamisha and Kandy’s Untucked tussle was intense, know this: It could have been much worse. “I came to the show to gain the sisterhood I never gained in my community, but you’re not going to mesh with everybody,” Tamisha admitted. “So Kandy and I would never be friends, but I don’t wish her any ill will. I don’t wish her any negative hate or anything like that. If the cameras were not there, I would have hit her.”

* When it comes to Chicago’s Mackie doll, Elliott has just one thing to say: “Rude!” Looking back at the season, Elliott said, “One of the most shocking moments for me that I had no idea about was Kahmora finding my voice to be annoying. She’s my sister, and I love her, but she’s messy.”

* Reflecting on the “Rosenali” rollercoaster, Denali noted that Rosé was always there for both her highs and her lows. “So you never know,” she said. “A few shots of some Scottish whiskey? Anything can happen.” The literal ice queen also addressed the infamous makeover challenge, which sent her home. She admitted that it was a “frustrating” experience, but she urged her fans not to come for Olivia. Instead, she said, “My only regret is not saying Tina Burner’s name.”

* Tina knows that fans “were not that receptive” of her forming a Mean Girls trio with Kandy and Gottmik. But as she explained this week, Mean Girls is a campy move about “having fun, being stupid and making fun of yourself.” Nothing more. 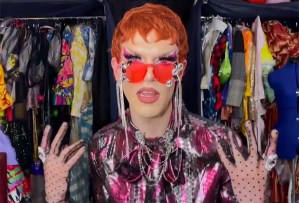 * Utica, who was whispering in her closet like she was hiding from someone, admitted that the roast was the hardest part of the season for her. (Shocker.) As she explained, “At the time, I didn’t understand the difference between humor and insults. I’ve grown and seen the way that jokes can be told and how they can come from a place of love. I definitely want to strive for that.” (Side note: Does anyone else feel like Utica was robbed of a spot in the Top 4?)

* Ensuring that she’ll take home the Miss Congeniality title next week, Olivia had no unkind words to say about being the majority vote when her fellow queens were asked who deserved the boot… twice. “For me, there were no hard feelings,” she said. “Everyone’s answer has nothing to do with me. We’re all on our different journeys.” Whatever you say, nice lady.

The evening concluded with a virtual lip sync rematch between LaLa and Denali, who faced off to La Bouche’s “Be My Lover.” Claiming the title of Season 13’s official lip sync assassin, Denali nabbed $10,000 for the National Center for Transgender Equality, while LaLa still scored $5,000 for National Black Justice Coalition.

Your thoughts on Drag Race‘s Season 13 Ru-union? Vote for the queens you think will (and should) win next week in our polls below, then drop a comment with your full Ru-view of the evening.