Starz on Friday handed a series order to the horror-comedy Shining Vale, which finds the Friends vet starring alongside Greg Kinnear, Mira Sorvino and Merrin Dungey.

Written by Trial & Error co-creator Jeff Astrof, from a story by him and Sharon Horgan (Divorce, Catastrophe), the series centers on a dysfunctional family that moves into a small-town house “in which terrible atrocities have taken place. But no one seems to notice except for Pat (played by Cox), who’s convinced she’s either depressed or possessed — turns out, the symptoms are exactly the same.” Kinnear portrays Pat’s sweet, sensitive husband. 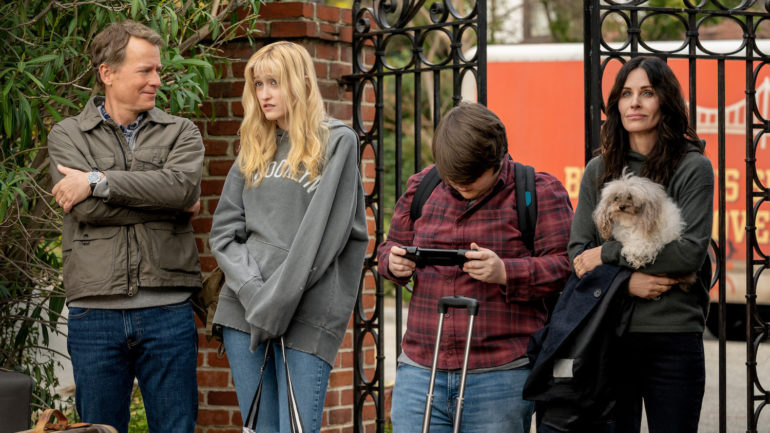 In addition to playing Monica Gellar for 10 seasons on NBC’s Friends, Cox also led Cougar Town for six seasons on ABC and TBS. She will next appear in HBO Max’s delayed Friends reunion special, which will bring all six of the classic sitcom’s stars together for a look back at the show’s legacy.