Spoiler alert: We’re about to cover the many unfortunate twists and turns of Younger‘s final season premiere. Haven’t watched? Head to Paramount+ or Hulu, then come back and chat.

Well, that didn’t go quite as expected, did it?

Younger‘s final season premiere — which dropped on Thursday, along with three other episodes — took us back to Diana and Enzo’s fairytale wedding, where Charles was hoping to get a happy ending of his own. (No, not like that. Don’t be gross.)

Unfortunately, this is how Liza ultimately responded to his proposal: “My answer is… I love you,” she said. “But technically you’re not even divorced yet, and I also think you may be a little drunk.” When he accused her of avoiding the question, she replied, “It is the most beautiful question I have ever heard, but I have a daughter I need to talk to. And you need to speak to your girls, as well. She told him not to rush, and he acknowledged, “Sometimes I can be impatient when I know what I want.”

“Charles was definitely surprised,” Peter Hermann tells TVLine. “He had deep and high hopes. But me? Was I surprised that the writers wrote it that way? Not at all. I think it was necessary to have that. She could have said yes, and then the path to their marriage could have fallen apart, but I’d be surprised if they did that.”

With his pride sufficiently wounded, Charles retracted the offer, leaving it up to Liza to propose on her own terms. And after a heart-to-heart with Josh (much more on that later), Liza made up her mind, asking Charles to meet her at the carousel where they had their iconic first date. What happened next was… well, let’s just allow the not-so-happy couple to speak for itself: 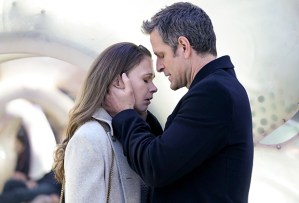 Charles: I remember this.
Liza: I will never forget when you brought me here. It was just you and me, and nothing else mattered. I don’t want to lose that moment, this feeling.
Charles: We won’t.
Liza: Then, can we just keep riding the perfect ride? I’ve been married, and it didn’t go so well. I love you, and I don’t want anything from you, except your heart. I want to be happily unmarried to you every day.
Charles: Wow. That was not the proposal I was expecting, but I do know what I want. And it’s not a ride, or some kind of fantasy. I want to get off the carousel. I want a partner in life.
Liza: I’m still your partner.
Charles: For life. I may be old fashioned, but I believe in marriage. It may not have worked out for either of us the first time, but I believe that it can work again.
Liza: And I think we’re finally free of needing to define ourselves by those rules and obligations. I want to be everything to you.
Charles: We’re not young, Liza, and we both deserve what we really want. Thank you for letting me know what’s in your heart. [Cue the dramatic exit.]

If this moment had you screaming at your TV (or whichever device you use to watch Younger), you’re not alone. “It was super frustrating,” Sutton Foster tells TVLine of her initial reaction to the breakup. “I sort of get it, and it felt very real — I respected both characters — but I also remember being like, ‘What’s your problem?!’ I was so mad at Charles. Like, why does have to be so [difficult]? But that’s what the season is about: Why is it so black and white?” 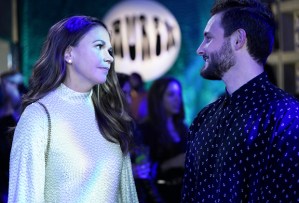 * OK, let’s talk about that sweet little moment between Josh and Liza at Lauren’s ridiculous(ly amazing) Little Women in Space-themed 30th birthday party, which proved that their bond exists far beyond the boundaries of their romantic relationship. In fact, this is another conversation that’s best conveyed in the characters’ own words:

Josh: So… congratulations?
Liza: No, not yet. I haven’t exactly said yes.
Josh: Why not? What are you waiting for?
Liza: I know you never really liked him.
Josh: That’s not true. I do like him. For you. It brings me joy to know that you are happy. You deserve that. I want that for you. For real.
Liza: Josh, you are so special to me. I always want you in my life. Promise me that.
Josh: I want you in mine, too. Always. Forever. Relationships don’t have to be defined, right?
Liza: No, they don’t.
Josh: We know who we are to each other.
Liza: We’re us.
Josh: We are us. We’re always going to be, no matter who we’re with.
Liza: Thank you for helping me.
Josh: Always.

“It was never a Team Josh/Team Charles situation for us [as actors],” Nico Tortorella tells TVLine. “That was definitely a genius marketing device that was built to get this show hype. Love triangles have existed since the beginning of television, but it was never that for us. I think I worked with Peter maybe two times over seven seasons. Charles just kind of didn’t exist in Josh’s world, in so many ways. And we’ve always been Team Liza.”

After Josh and Liza have been through, it’s honestly refreshing to see them both in such a mature place. In fact, Josh displayed such impressive maturity, I’m willing to forgive him for thinking that Clare was trying to kidnap baby Gemma and take her to Ireland with her hot new boyfriend. 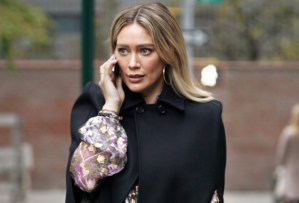 * Meanwhile, Kelsey is in a decidedly bad place, both personally and professionally. She was confident about turning down Quinn’s job offer, but she began to question that choice when the board voted to change the company’s name back from Millennial to Empirical. On top of that, Zane — who felt betrayed by Charles after the whole Mercury debacle — quit his job and dumped Kelsey in one fell swoop. It was nice to see Charles Michael Davis for literally one second, but after watching Kelsey and Zane’s relationship grow over time, I was disappointed to see it end so suddenly. And over FaceTime, no less!

(Side note: Is it weird that I actually agreed with the board’s decision, especially the member who likened it to “New Coke”? I’m a millennial, and even I howled at the “Who gives a s–t about millennials anymore?” line.)

* I know she isn’t new, but how delightful is Laura Benanti as Quinn? Minor spoiler: I hope you enjoy her as much as I do, because she’s going to be around a lot this season.

Let’s talk: Are you as frustrated by the Liza-Charles situation as Foster was? Do you already miss Diana? And wouldn’t you absolutely read every page of Little Women in Space? Grade the premiere below, then drop a comment with your full review.