Buzzy Cohen will invite some of Jeopardy!‘s best players to buzz in, when he guest-hosts next month’s Tournament of Champions.

In episodes airing May 17-28, 15 top competitors (listed below) will face off for the $250,000 grand prize, which will be matched and donated to the Hope of the Valley Trebek Center for the Homeless. (Named after the late Jeopardy! host, the Trebek Center assists up to 300 people per year with shelter, mental health services, job training and placement, substance abuse counseling and more.)

Cohen first appeared on the quizzer in 2016, when he amassed $164,603 in winnings over nine games. He returned in 2017 to win the Tournament of Champions, and in 2019 he served a team captain for the show’s All-Star Games. (Since hosting duties require him to work closely with Jeop!‘s writers and producers, Cohen will no longer be eligible to compete in regular tournaments.)

“Buzzy has been where each of these champions is, so it’ll be comforting for the contestants to see a familiar face behind the lectern,” exec producer Mike Richards said in a statement. “We will miss seeing him compete, but we look forward to seeing how he uses his quick wit and personality as guest host.” 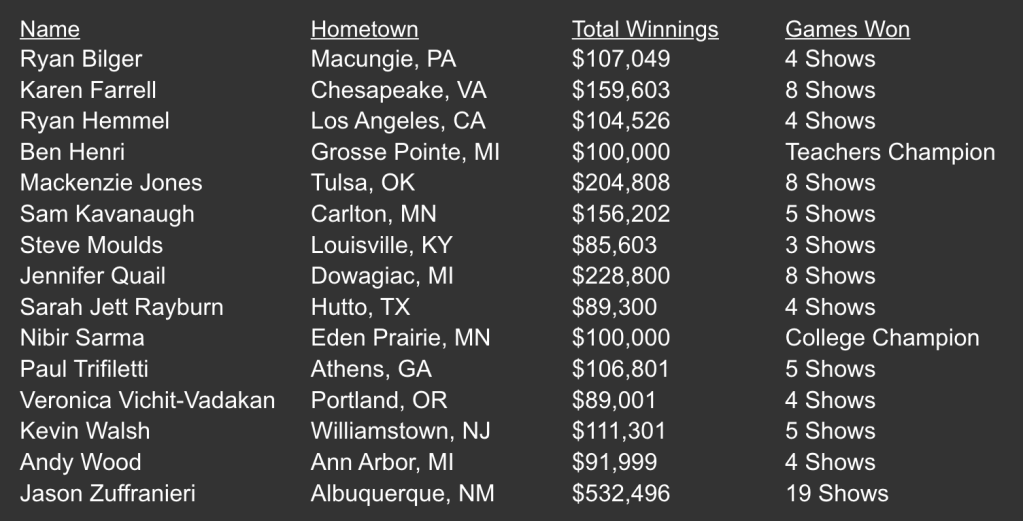