THE PERFORMANCE | It’s an odd testament to how consistently superlative Morgan’s work is on The Walking Dead that we’ve never before recognized it in this column. Instead of exclaiming, “Wow, that was amazing! We must single it out!” we’ve always said, in essence, “Ah, there goes JDM being JDM, brilliant as always.”

That grievous oversight is on us.

Thankfully, in the AMC drama’s Season 10 finale, Morgan was given a showcase that was too great to be shrugged off. In flashbacks to Negan’s marriage to Lucille — the woman (well-played by Morgan’s real-life wife, Hilarie Burton Morgan), not the bat that he eventually named after her — the actor beautifully illuminated sides of his iconic character that we’d rarely if ever seen. The gentle side. The sweet side. The uncertain side, as regretful and afraid as anyone’s.

Particularly impressive was the vulnerability that Morgan brought to Negan’s interactions with his cancer-stricken missus. Utterly absent in those moments was the wisecracking alpha d–k who once bludgeoned Abraham and Glenn to death — and then laughed about it. In his place was a sensitive soul humbled by Lucille’s love and ashamed of his shortcomings.

This guy would’ve, as we did, cried watching the episode. He would’ve been left a sobbing mess by the positivity that Morgan radiated as Negan, trying to distract from the effects of Lucille’s chemo treatment, held her close and softly sang “You Are So Beautiful.” And he would’ve been scared s–tless by the emergence of the Negan we first met back in Season 6.

After Lucille’s better half failed to make it home with replacement chemo treatments in time to save her, Morgan gave a performance that was nothing short of shocking. We’ve never been knifed in the stomach, but we can imagine it feeling a bit like watching him transform Negan from ne’er-do-well man child into a gleeful killer who sees the world through blood-red-tinted glasses.

In the end, our hearts were left as demolished as the head of the biker who’d cost Negan precious time. Morgan had made them race. He’d made them ache. He’d made them feel as much as an hour of television possibly could. So maybe it was OK that we’d never acknowledged his Walking Dead work previously. He’d deserved plaudits, for sure. But arguably, he’d never deserved them more. 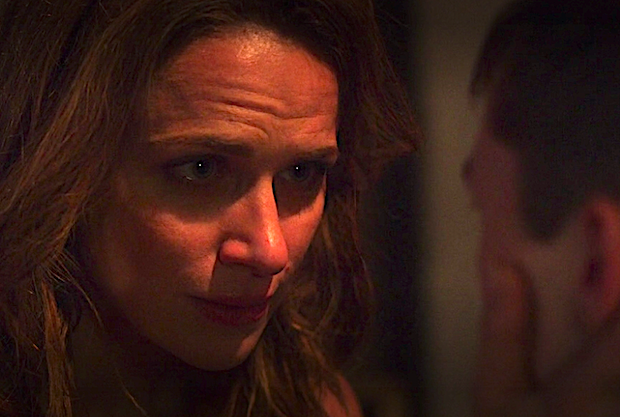 HONORABLE MENTION | The brilliance of Shantel VanSanten‘s work in this week’s For All Mankind was the refreshing lack of shame that she brought to Karen Baldwin’s tryst with her BFF’s college-age son Danny (GLOW‘s Casey W. Johnson). Her alter ego needed this roll in the hay, and VanSanten (of One Tree Hill and The Boys fame) exquisitely rendered that overwhelming thirst when she demanded horn dog Danny “stop talking” and start kissing her. When things started to spiral post-coital, VanSanten’s Karen remained in full control, informing the hopelessly lovestruck post-pubescent that their impulsive romp was a one-time thing, while at the same time conveying glimpses of regret and concern for unwittingly leading him on. “It was great — you were great,” she assured the oh-so-fragile Danny, VanSanten layering her words with a maternal warmth, before deftly shifting into tough-love mode with a confident, stern and unmistakable, “But it’s over.” 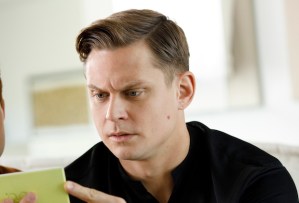 HONORABLE MENTION | Yes, Billy Magnussen‘s Made for Love tech billionaire Byron Gogol is controlling, manipulative and hopelessly narcissistic… but he can lay on the charm, too, as we learned this week when we flashed back to Hazel and Byron’s first date. Byron swept her off her feet, whisking her away on a virtual-reality tour of the entire globe, and thanks to Magnussen’s romantic flair, we could finally understand why Hazel fell for Byron in the first place. But Magnussen — who’s been making us giggle ever since he popped up as Kato Kaelin in The People v. O.J. Simpson — also let Byron’s creepy side peek through, and it bloomed fully when an obsessed Byron angrily flailed about looking for a way to win Hazel back. (He needs to learn what donut holes are first, though.) Made for Love has a uniquely offbeat tone, but the cast is nailing it so far, and Magnussen’s hilariously dense, genuinely scary performance is truly one in a billion. 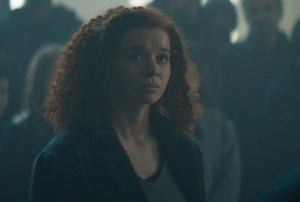 HONORABLE MENTION | As The Falcon and the Winter Soldier‘s Zemo has suggested, Sam sees Karli Morgenthau as just a “kid” who can be reasoned with — and maybe she can be. But make no mistake, Karli’s wheels are always turning, as Erin Kellyman makes clear in each and every scene. Episode 4 of the Disney+ series toggled between both sides of the Flag Smashers leader, showing her struggling with the decision to put more Super Soldiers into the world… but also cooly hitting Sam’s sister with an unveiled threat. We saw Karli speak fondly of the late Mama Donya and all that the community leader had done for those displaced by the Blip, after which she gave Sam a proper audience. But we also gasped when she scurried away like a rat after accidentally killing a hero. If Karli and her rhetoric are hard to pin down, it’s because Kellyman ably imbues the terrori–, sorry, freedom fighter, with nuanced layers.