Warning: The following contains spoilers for Friday’s For All Mankind. Proceed at your own risk!

For All Mankind is no stranger to controversial space policies, but in Season 2, an earthbound storyline is raising just as many shocked eyebrows. Over the course of the Apple TV+ drama’s sophomore run, astronaut wife Karen Baldwin has formed a friendship with Danny Stevens, the college-age son of her close pal Tracy — and in last week’s episode, their relationship went from friendly to something more when Danny planted a kiss on Karen, which she reciprocated. That moment then turned intimate in this Friday’s installment when the two had sex in the fallout shelter basement of Karen’s bar.

For star Shantel VanSanten, her character’s unexpected actions taught her an important lesson: “Everybody asks me, ‘What’s the one thing that you’ve learned from this season?’ and I said, ‘To not judge,’ and I’ve said that all along, but now that this particular part of her story has been exposed, I think people will understand why I say that,” the actress tells TVLine. 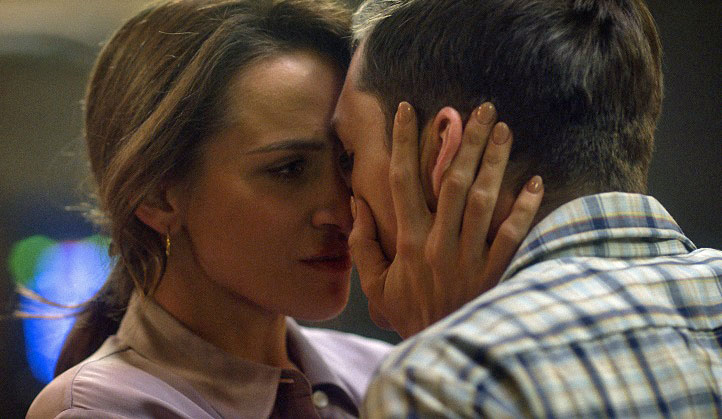 “As uncomfortable as I sat with Karen’s decisions and how things played out, and feeling uneasy in all of it, I had to remind myself that, again, I can’t judge,” VanSanten continues. “I just have to be present for the human experience. If viewers watch, of course, there are going to be people who are upset by it. There was a part of me, as a fan of the show, that was upset by it. But at the end of the day, as storytellers, we don’t just only tell the heroic, beautiful, awesome moments of life. We’ve shown grief. We’ve shown impulsiveness. We’ve shown mistakes. We’re on a longer journey with the characters than just impulsive moments.”

VanSanten likens acting to a psychology study, in which people might wonder if the Karen/Danny relationship is “because of the loss she feels [for] her own son, because Danny is the same age as Shane, and is this Freudian filling a void?” VanSanten posits. “We could all sit back and judge and say, ‘Ew, that’s gross,’ but that’s human.”

Karen and Danny’s illicit affair also exposes “a little bit of a double standard,” VanSanten notes. “If you think about it, nobody hated Gordo in Season 1, and we watched him cheat on Tracy, and very quickly, he won everyone’s hearts back, and we love him, but it’s an odd thing.”

When the audience first met housewife Karen in Season 1, “it felt like a lot was happening to [her] that she didn’t have a lot of control over,” such as her son’s tragic death and her husband Ed being stuck on the moon, VanSanten says. Following a nearly 10-year time jump, Karen has newfound purpose in Season 2, managing a bar and raising an adopted daughter with Ed. But the Baldwin household is far from perfect, and Karen recently made a seemingly rash decision to sell the bar. “I think she’s at a place in her life where there’s a part of her that’s really unhappy, and these things that she has don’t necessarily resonate with who she is anymore,” VanSanten describes.

Plus, Karen and Ed have “grown apart” and are in “different places,” VanSanten adds. “That doesn’t mean that [they] don’t love one another, but one of the greatest things I was ever told by my psychologist is, ‘Love isn’t enough.’ … His first love has and will always be space, and I don’t think Karen, anymore, wants to be on the back burner.” 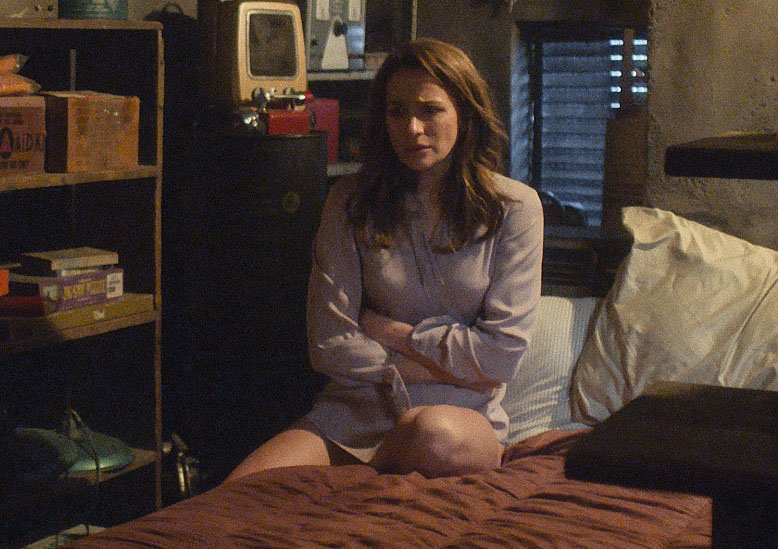 So possibly for the first time in her life, Karen thought of her own needs and wants, and acted on impulse with Danny, once again putting herself first when she shut down his proclamation of love for her. In that moment, she needs him to “understand that she did it for herself, and yes, it was very selfish,” VanSanten admits, “and it’s a side of Karen we’ve never seen.”

As for how the affair will impact the Baldwins’ marriage, “I think that in the aftermath is when she thinks about it all,” VanSanten shares, “and what it means, and why, and we get to discover that in the last few episodes of the [season] — what does it actually mean for her, and what does she actually feel about her marriage, about her decisions, about the impulsiveness, about her unhappiness.”