The HBIC of Reality TV is getting the full TS Madison Experience. Tiffany “New York” Pollard will bring her larger-than-life personality to the WEtv series’ season finale to help the titular star get her new project off the the ground.

Airing tonight at 10/9c on WEtv, the finale finds the titular Madison’s new show hitting a major snag, forcing her team to scramble and putting her major Hollywood opportunity in jeopardy. Pollard, meanwhile, will surprise Madison “with a shocking turn-of-events that could change everything.”

Ahead of the finale, TVLine spoke with the reality TV icon about how her friendship with Madison has blossomed and whether or not she would participate in another reality dating show. 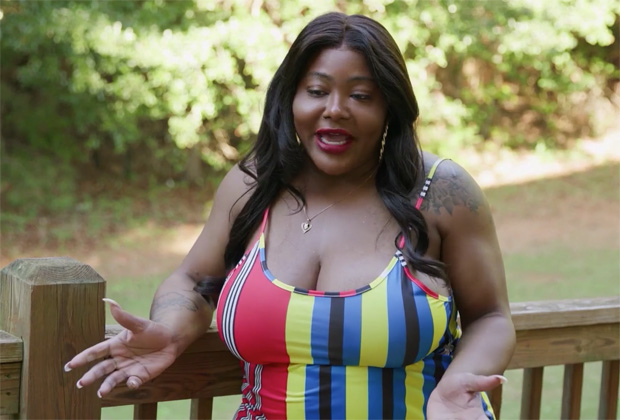 TVLINE | How and when did you meet TS Madison?
People don’t know this about me but I’m such a square. Sometimes I’m the last to hear about what’s cool and happening going on. [My brother] told me to watch TS Madison. He was like, “Girl, check out this show. It’s amazing. She is flawless and funny, and she’s just gonna give you your life.” So I watched one episode of the The Queen’s Supreme Court and I was hooked on Madison. Long story short, I was at an event and we just connected. This lady is a force to be reckoned with.

TVLINE | What are some things you’ve learned from her through this friendship?
I’ve learned just to keep persevering through anything. If something goes wrong, you still have to show up. This woman is always going to find her way no matter what. I’ve seen so many people drop out of her life but yet, she’s still making huge strides towards her goals. Anybody could watch her and just be inspired to keep going no matter what trial or the storm may be.

TVLINE | In the show, you discuss a number of important issues affecting the LGBTQ+ community, such using proper pronouns and violence against Black trans women. Do you think your friendship with TS Madison has made you a better ally?
There is no “think” involved. It is a sure thing, absolutely, yes. All hands down and feet down on deck. I’m so much more aware and well-endowed with knowledge. If you don’t know, you are ignorant, so do the work and learn the terms so you’re not being offensive. Even if you don’t know you’re offensive and are offensive, you’re just as guilty. Having those humbling moments and reflecting and growing is so important, and I urge everyone to continue learning how to be more aware and smarter. That’s what it’s all about, and that’s what Madison, and a lot of trans women that I know, have been encouraging me to be: better.

TVLINE | Given your own experience with reality-TV, is there anything you’ve been able to teach TS Madison?
Madison is a natural performer. You can go to a dentist’s office with her to get her teeth pulled and it’s going to be the most amazing, funny journey ever. That’s why we love her so much. But the thing that I like to always remind Madison of, and the thing that I like to say that I helped her out with, is allowing the haters to hate and not allowing that to affect her I think that sometimes Madison gets a little sidetracked with defending her honor and defending the woman that she is because, you know, she can read to filth. But sometimes, that can’t take up too much of your energy. When you’re such a large person as she is — she’s an advocate, she’s an entertainer and so many more amazing things —that just takes up a lot of her time. So just keep her head on, ‘Let me just keep going on my journey and forget the haters.’ That’s how I like to get guide and aid her on her journey. 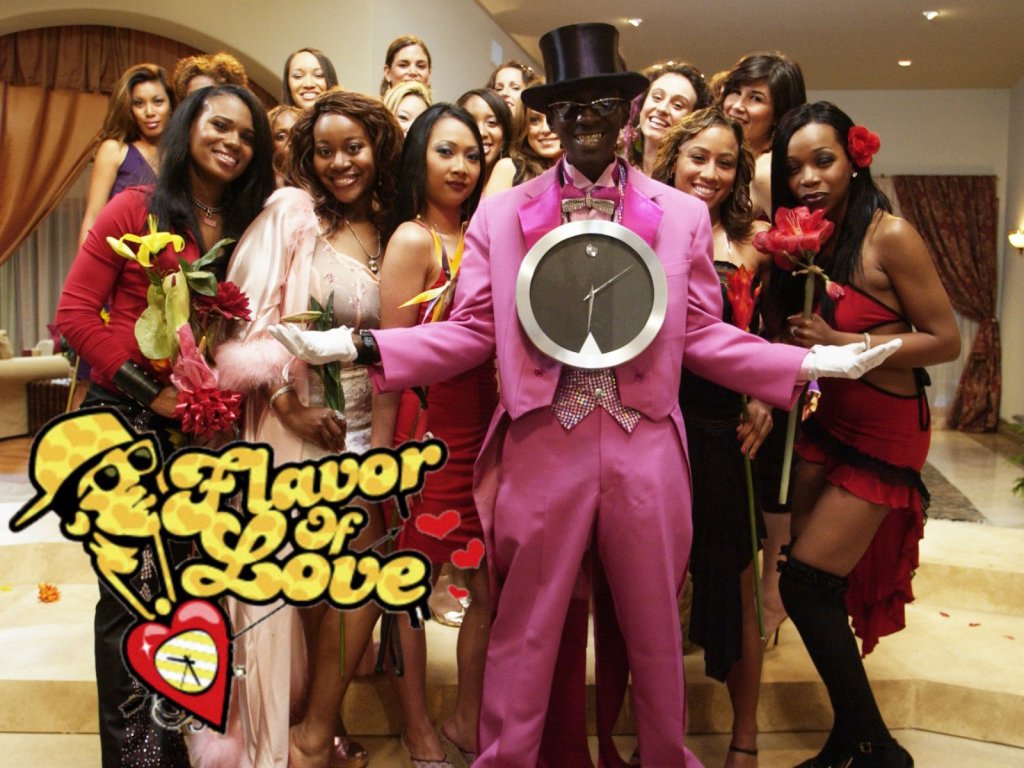 TVLINE | We’re seeing The Bachelor start to reckon with racism, which hopefully spreads to other shows. As the first Black woman to headline a reality dating show, did you experience anything back then that you now recognize as racist or a microaggression?
When I was in Flavor of Love and I Love New York… You’re in such a condensed bubble that — I can only speak for myself — I felt like it didn’t exist. We were there for love and to win, so everybody was in competitive mode. You really strike a chord with me because when I was shooting those shows, I’m out there in the sun and my skin got a lot darker. People would accuse me of bleaching because my skin now is not the same tone as it was [when I was filming]. But I defend myself and say, “Hey, no. What it is is I’ve never been in 90-degree weather before, so when you were seeing me film back then, my skin was a little bit deeper because of the exposure.” But other than that, I didn’t experience any bad racism or anything like that.

TVLINE | How do you think reality dating shows have changed since Flavor of Love and I Love New York?
I think that a lot of things are in a bit more of a controlled environment. When you’re the first to do something, there’s not a lot of rules and regulations. This is like trial and error, though with a lot of that trial and error a lot of great things were birthed. Some of my best moments were mistakes, and I feel like there’s not a lot of room for that today.

TVLINE | Is there anything about today’s reality-TV dating that you would change?
I would love to see us kick it back to about 2005-2006 when Flavor of Love was going on and people were just allowed to be themselves. Don’t be the “character” that you feel like the audience wants to see. Just be your little self and know that you are enough. I think that will bring a lot of magic back to reality television.

TVLINE | As one of the most entertaining people on TV, what shows entertain you?
I like Game of Thrones, Twilight Zone. I watch a lot of reality television. Obviously, The TS Madison Experience is one of my favorite shows. Shark Tank…. I channel surf a lot.

TVLINE | Well, there are plenty of TV shows, so you’re never going to be bored.
And there are so many new stations. I’m like, ‘I can’t do this. I can’t keep up with these apps. I just want to throw all my smart TVs out the window. This too much TV.’ 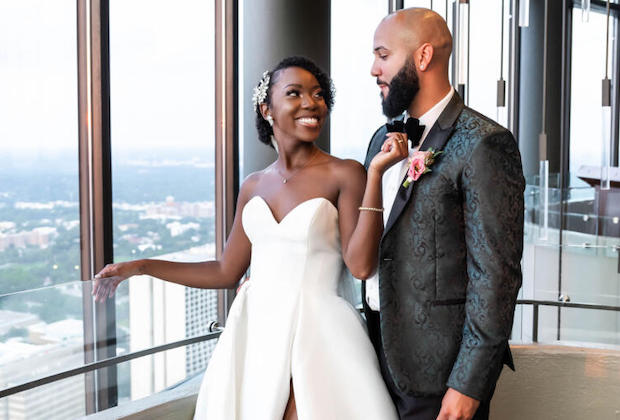 TVLINE | What are some of the best reality shows on TV right now, in your opinion?
I do like [OWN’s] Ready for Love; I feel like there’s an authenticity to that show.  [Lifetime’s] Married at First Sight is so fascinating to watch, but at the same time, I’m like, “Oh my gosh, I’m glad it’s not me. I have to marry this man just off of sight?” I don’t know how they do it. It’s so fascinating to watch, but I wouldn’t want to be a part of this.

TVLINE | If you were single, do you think you would go on another reality dating show?
It would depend on how involved I was with casting and how extensively they would look as far as the kind of man that I would be looking for. Like, it would have to almost be guaranteed for me to end with a definite life partner. But that would be hard to create. It just depends. I would have to be really hands-on.

TVLINE | Is there anything coming up that you’re really excited about?
I’m just really excited to tell everyone to watch the finale of The TS Madison Experience. Madison’s journey has been a remarkable ride and I’m so happy for her… I have a lot of good things coming out, so check me out on Instagram at @tiffany_hbic_pollard. There’s going to be some announcements coming soon.