OK, so maybe I’m the only viewer of The Voice who was quite so crestfallen to see a Blind Auditions frontrunner get cut Monday night. I always make the mistake of getting too attached to contestants way too early. But even for me, the episode wasn’t a total bummer as a couple of other early standouts managed to stand out even further. Who were they? Read on, it’s recap time! 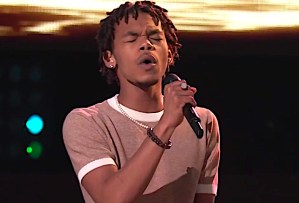 Team Blake: Cam Anthony (Grade: A) defeated Emma Caroline (Grade: B-) on “10,000 Hours” — Emma saved by Blake | In rehearsal, the competitors inspired the best of all possible compliments from their advisors, who originally performed the song with Justin Bieber. “They sing it better than we do,” exclaimed Dan + Shay. “It’s upsetting.” But Blake warned Emma that while Cam “is performing, you’re singing.” She needed to crank up the charisma. On stage, Cam sounded and looked like a freakin’ superstar; the guy was born for the spotlight. Emma, meanwhile, sounded lovely but had an unfortunate deer-in-headlights quality through much of the number. Not sure it was a smart move for Blake to save her when even he admitted that in doing so, “I wanted to scare some stage presence into you.”

Team Kelly: Gihanna Zoe (Grade: A) defeated Halley Greg (Grade: B+) on “Thinking Out Loud” | After hearing the duo rehearse, I’ll admit I was worried about Halley, who, along with Cam, was one of my absolute favorites from the Blinds. She’d nailed her big, belty note, but Gihanna sounded like she was inhabiting the notes as much as singing them; that was gonna be tough to beat. In the moment of truth, good Lorde, Gihanna just sounded like she was pulling tricks out of a bottomless bag. She was magnificent; her vocal, massive and emotional. Halley was good, too, but by and large, softer and more ethereal, which definitely gave Gihanna the edge. Still, I was gutted that no one stole Halley; no two ways about it, she’s special.

Team Legend: Zania Alake (Grade: B+) defeated Durell Anthony (Grade: C) on “Emotion” | Running through the Bee Gees/Destiny’s Child hit with their coach and advisor Brandy, Zania sounded far stronger than Durell despite his much-praised falsetto; she just needed to make sure that she had enough air to make it through her whole runs. When they took their place behind the mic, Durell sounded like he was hanging on by a thread to his pitch. Zania, on the other hand, sang with great confidence. Even though the duet as a whole never really gelled, it was like there was light being beamed out of her throat as much as sound. “You delivered once again,” summed up John.

Team Blake: Jordan Matthew Young (Grade: B+) defeated Keegan Ferrell (Grade: C) on “Calling All Angels” — Keegan stolen by Nick | After rehearsal, the big concern about Keegan was confidence. Blake loved his “wiggly vibrato,” but like Emma before him, he wasn’t owning the room; how was he gonna own the stage? Jordan didn’t lack presence, but Dan + Shay wanted him to command rather than politely request attention. In the moment of truth, Keegan sounded pretty but flat — not tonally, there just wasn’t any there there, nothing unique or particularly memorable (though Kelly’s fill-in Kelsea Ballerini was really wowed by his high note). Jordan, with his grittier voice, dominated with ease. If you’d told me I was watching a guest performer in the finale, I would’ve believed you. He was a total fish in water. Or a fish in bell bottoms, at least. Couldn’t believe Nick stole Keegan instead of Halley! 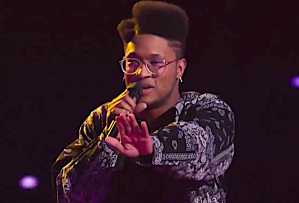 Team Nick: Zae Romeo (Grade: A) defeated Lindsay Joan (Grade: A-) on “Rewrite the Stars” | In rehearsal, advisor Darren Criss worried that, despite the contestants’ good instincts, their performance wasn’t meshing as a duet. (See also: Zania and Durell.) Suffering from his-and-hers fears, Zae and Lindsay just weren’t connecting. On stage, though, they pulled it together. Zae in particular really nailed the emotion of the song, whereas Lindsay shone more brightly in the technical aspects. Tough call, but I’d have had to have gone with Zae. The guy is the total package, and whereas Lindsay sometimes gave the sense that she was acting, from him, I only had a sense of feeling. Plus, how good would his name look in lights?

Team Kelly: Corey Ward (Grade: B-) defeated Savanna Woods (Grade: B+) on “Dreams” — Savanna saved by Kelsea for Kelly | Practicing with Kelly and Luis Fonsi, Savanna started Corey shaking in his boots. “She knows how to use her instrument to a T,” marveled Luis, adding that the competitors actually made one another better during their performance. Mebbe, but to me, he sounded outclassed; Savanna’s a beast in the best way. When the spotlight fell on the duo, Corey acquitted himself nicely, sculpting notes out of thin air. This wasn’t anywhere near as exciting a Savanna performance as her Blind, but I still couldn’t take my ears off her. We’ve heard a lot of Coreys, far fewer Savannas; she should stand way the hell out in the Four-Way Knockout.

Finally, given extremely short shrift was the Battle between Team Legend’s Ciana Pelekai and Denisha Dalton in which the former emerged victorious. Eesh — guess the “vocal risks” their coach mentioned them taking didn’t exactly pay off.

So, who stood out for you Monday night? Vote for the best Battle-r in the poll below, then hit the comments, if only to tell me that yes, I was the only one so bummed about Halley being eliminated.