There are Forces to be reckoned with, The Flash made crystal clear in this Tuesday’s episode — kicking off, in earnest, the “cool, fun” comic book storyline that Grant Gustin previously teased.

Gustin had told TVLine that, a short time after the Mirrorverse storyline ends, “We’re going to see something that’s from an arc in the comic books, with a handful of different Forces” akin to the Speed Force from which Barry draws his own meta powers. “It’s a cool storyline that we explore for a stretch of episodes, and the actors that they got to portray each of these characters not only killed it, but I was super-sad when we wrapped it up, actually, just because I had such a good time working with technically all four of them, three of which were new to our show. I think it’s going to be a fun storyline for the fans, and I personally had a really good time.” 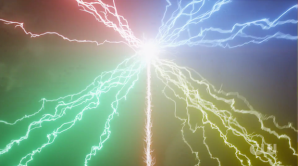 The March 16 conclusion of the Mirrorverse arc ended with a “bonus scene” that revealed that when Iris recharged the OG Speed Force, Barry expelled a pulse of energy that sent a “rainbow” of lightning bolts forking across the Central City sky. Some fans theorized that The Flash was introducing the Speed Force’s cosmic kin — Strength, Sage and Still. Those forces played into a 2018 comic book storyline in which Hunter Zolomon, in cahoots with Eobard Thawne, tricked Barry (and Wally West) into shattering the Force Barrier, unleashing Strength, Sage and Still so that he could tap into their respective powers.

The March 23 episode introduced a beefy CGI being that comic book fans suspected was an embodiment of the Strength Force — and sure enough, Cisco in this week’s episode dubbed that ersatz She-Hulk “Fuerza,” as in one of the comic books’ Strength Force conduits. 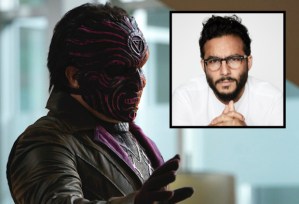 This week’s episode brought back the Nora Allen embodiment of the Speed Force (played by Michelle Harrison), who affirmed that the team’s latest foe, Psych (played by guest star Ennis Esmer) is just like her. TVLine can confirm that Psych is in fact the Sage Force’s conduit. “A disturbed man with a tragic past, the villainous Psych now uses his newly gained meta-abilities to create chaos and spread terror amongst Central City’s inhabitants,” the full character description reads. “But due to the immense scale of his meta abilities, no one is immune from Psych’s deadly psychic attacks… including the Flash.” 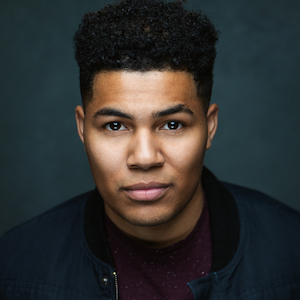 Which Force must be reckoned with next?

TVLine can report exclusively that the next cosmic force to surface — next week in The Flash‘s April 6 episode — is indeed the Still Force, played by Christian Magby (Legacies, One Night in Miami).

The Still Force will arrive in the form of Magby’s Deon Owens, a promising high school athlete who leaves behind a sports career after gaining miraculous meta powers. But as Team Flash attempts to reign in the lad’s growing influence on Central City, can they stop this force of nature before it brings life itself, literally, to a standstill? 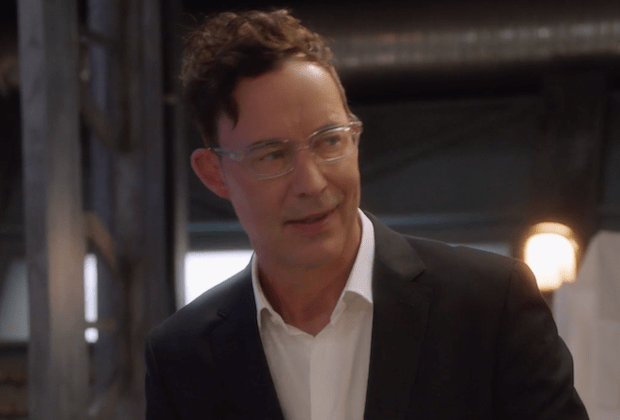 Food for Thought: If The Flash is taking a cue from this part of the comic books’ “Flash Wars” arc (by Joshua Williamson, who also created Bloodwork), could it be that the OG Harrison Wells aimed to trick Barry into breaking the Force Barrier? Perhaps he was in cahoots with whomever it was that he oddly nodded at during the Speed Force charging sequence…?