Warner Bros. TV has severed ties with All Rise creator Greg Spottiswood following an investigation into allegations of unprofessional conduct.

According to our sister site Deadline, Spottiswood continued to create a hostile working environment in the series’ virtual writers room during Season 2 of the CBS legal drama, following a mass exodus of writers of color during Season 1. His alleged use of offensive language triggered accusations of racism, which resulted in a new investigation and his eventual dismissal. He has also been dropped by his agency APA.

As a result of Spottiswood’s ouster, co-showrunner Dee Harris-Lawrence will serve as the series’ sole showrunner for the remainder of Season 2, which is two episodes shy of completing its 17-episode order. Its fate beyond this season has not yet been determined.

2020 in Review: TV's Most Egregious Controversies, From AGT Flare-Up to Toobin's Zoom 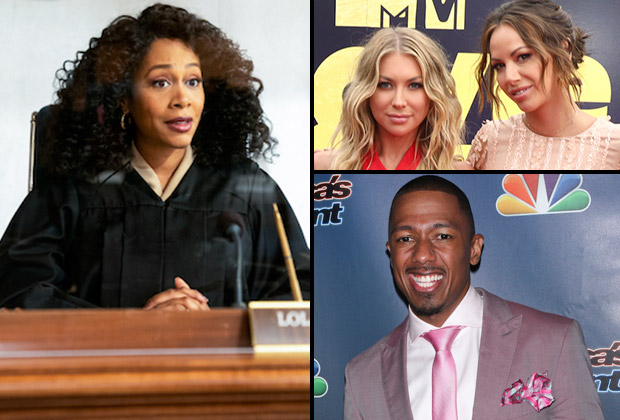 “Warner Bros. Television has relieved All Rise executive producer Greg Spottiswood of his duties, effective immediately,” the studio said in a statement. “Executive producer Dee Harris-Lawrence will continue to serve as showrunner of the series, working closely with fellow executive producers Michael M. Robin and Len Goldstein. We remain committed, at all times, to providing a safe and inclusive working environment on our productions and for all employees.”

Back in August, the New York Times reported that five of All Rise‘s original seven writers — including the show’s three highest-ranking writers of color — would not be returning for Season 2 after clashing with Spottiswood over the series’ depiction of race and gender. One of those five scribes, Sleepy Hollow vet Shernold Edwards, exited the show in November 2019 after realizing “we had to do so much behind the scenes to keep these scripts from being racist and offensive.”

Prior to that, former Revenge showrunner Sunil Nayar had tendered his resignation as co-showrunner after his efforts to have All Rise accurately reflect the experiences of Black people and other people of color fell on deaf ears, per the Times. He was replaced by Harris-Lawrence in December 2019.

All Rise is currently on a three-week break due to CBS’ March Madness coverage. Season 2 resumes on Monday, April 12.