The Ducks are flying again! The Mighty Ducks: Game Changers, premiering Friday, March 26 on Disney+, is assembling the OG film cast for a special reunion episode.

According to EW.com, Episode 6 will see the return of several former Ducks including Elden Henson as Fulton along with Matt Doherty as Averman, Vinny LaRusso as Adam Banks, Marguerite Moreau as Connie, Garret Henson as Guy and Justin Wong as Kenny Wu.

It all kicks off with a chance encounter between former coach Gordon Bombay (played by Emilio Estevez) and Fulton, where they reminisce about how they met — Fulton accidentally sent a slapshot through the window of Bombay’s van. When a “Spirit of the Ducks” gala, honoring the team’s past and the present, brings the OG Ducks together, the gang will be shocked to learn what their old team has become.

“They can’t believe that the Ducks have become cake eaters,” Steven Brill, who created the Disney+ series and wrote all three films (now streaming on Disney+), explained. “They’re disappointed and dismayed.”

Noticeably absent from the reunion are Joshua Jackson’s Charlie Conway and Kenan Thompson’s Russ Tyler (whose killer Knuckle Puck saved the squad in D2: The Mighty Ducks).  Brill offered this update on the pair: 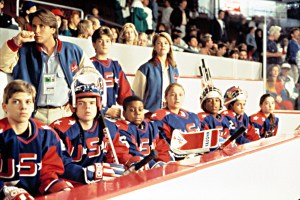 “We don’t know where Charlie is, unfortunately,” he said, noting that Jackson was too busy to appear (but he hopes he’ll pop up in the future).  Meanwhile, Russ “would be on Saturday Night Live” much like Thompson because “Russ is Kenan all the way through.”

The Mighty Ducks: Game Changers follows 12-year-old Evan (Boardwalk Empire’s Brady Noon), who starts his own team with help from his mom Alex (Gilmore Girls’ Lauren Graham) after being cut from the Ducks. This new band of misfits will “challenge the cutthroat, win-at-all-costs culture of competitive youth sports” that the current iteration of the Ducks subscribes to.”

Check out photos of the anticipated reunion below. 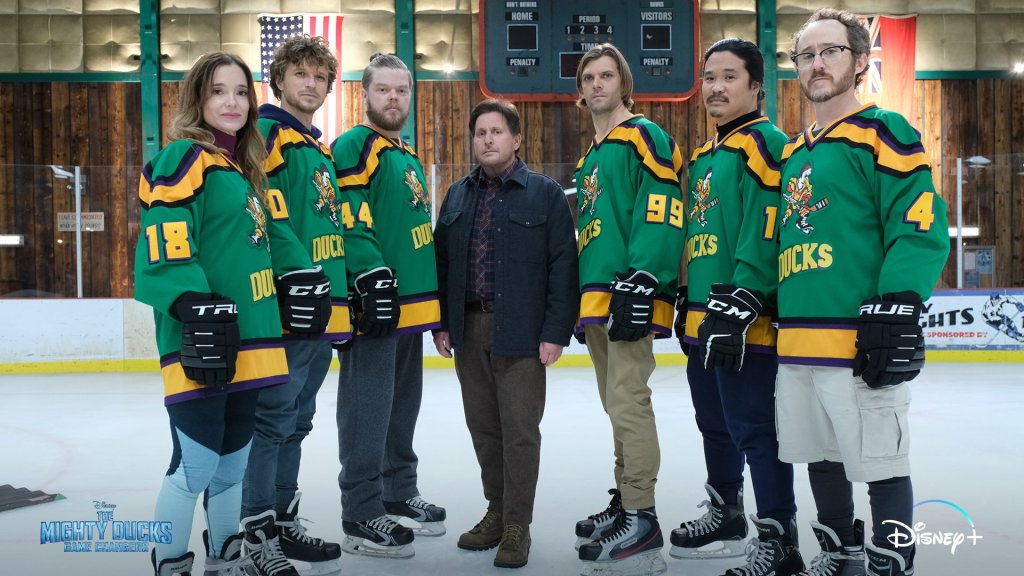 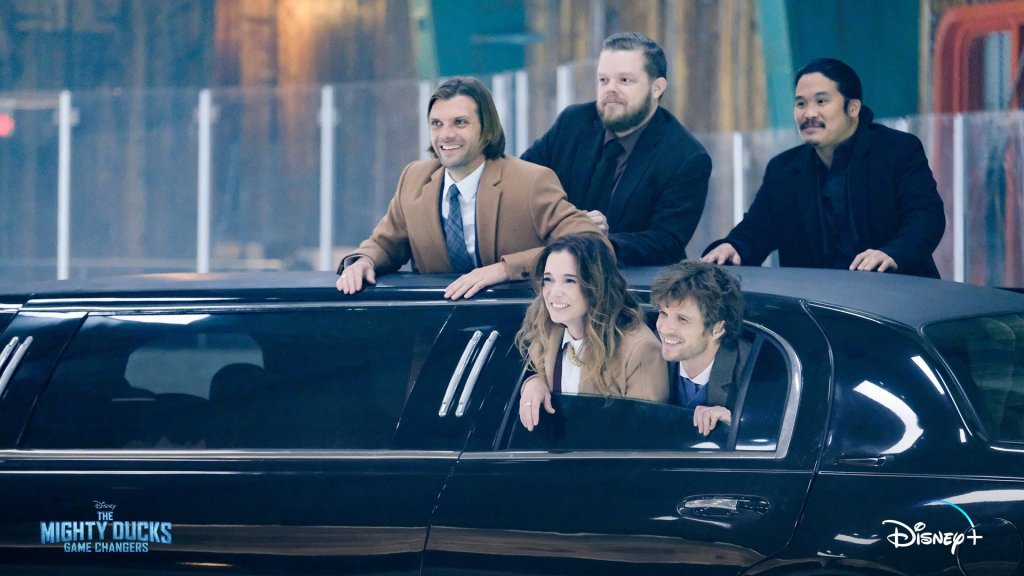 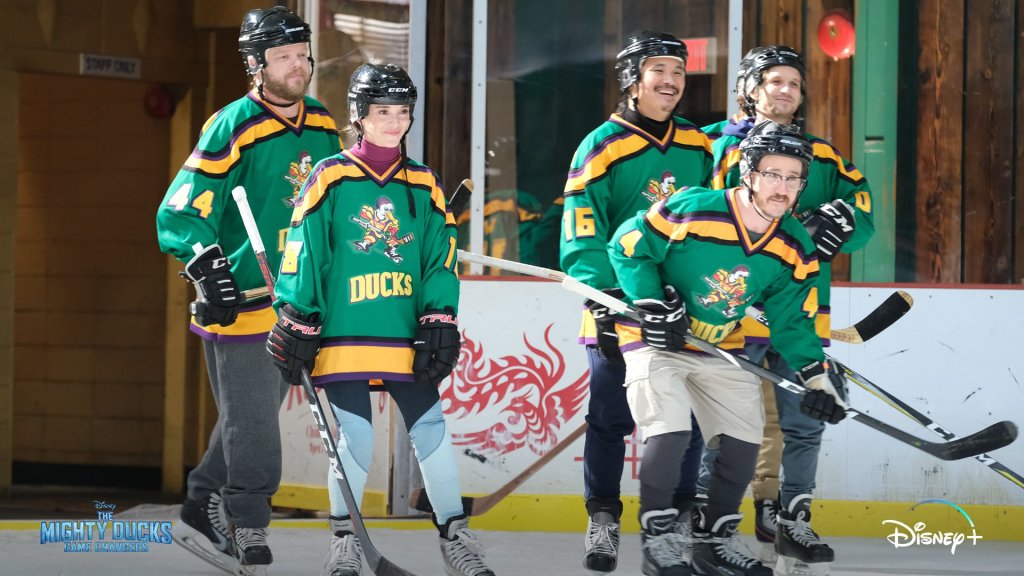