Chyler Leigh is adding another title to her résumé: director. The actress will step behind the camera for her directorial debut in Supergirl‘s sixth and final season — and TVLine has your first look.

Leigh will helm the flashback episode “Prom Again!” (Episode 6), the second in back-to-back installments that revisit the early years of Cat Grant’s career when she was still going by the name “CJ Grant.” Leigh, who will be pulling double duty for the episode, opened up about her experience.

“Playing Alex Danvers on Supergirl for the past 6 years has been one of the absolute highlights of my career,” she said in a statement to TVLine. “Then on top of that, being given the opportunity and honor to direct an episode in our final season is the greatest gift I could have asked for. In turn, I’ve grown tremendously as an artist, in ways I only imagined, and have found a deep passion to be on the other side of the camera.”

“I’m so grateful for the amazing team that surrounded and supported me and absolutely loved every part of the process, even in moments I didn’t know all the answers and felt a bit in over my head,” she continued. “But I learned that asking for help, especially as a first-timer, didn’t make me any less of a leader on set. In fact, it ultimately bolstered my confidence as a storyteller and greatly appreciate the power of collaboration. Respect for every department that works tirelessly to make great TV, the need for humility, the significance of punctuality, and the reward for making some (calculated) risks were the biggest takeaways for me. I look forward to the new adventures that lie ahead.”

Executive producers Jessica Queller and Robert Rovner added: “It has been an incredible honor for us to be involved with Chyler’s directorial debut on Supergirl. For years, she’s brought incredible depth and insight to the show as an actress, and she’s brought this same depth and talent as director. We cannot wait for fans to see what Chyler has brought to life.”

Season 6, which premieres Tuesday, March 30 at 9/8c on The CW, finds Supergirl and the rest of the team taking on Lex Luthor, who has used the Obsidian platform to brainwash half the world into loving and following him no matter what. Though the gang is ready to help, Supergirl realizes that the only way to truly stop Lex is to sacrifice herself.

Check out the photos of Leigh in action below! 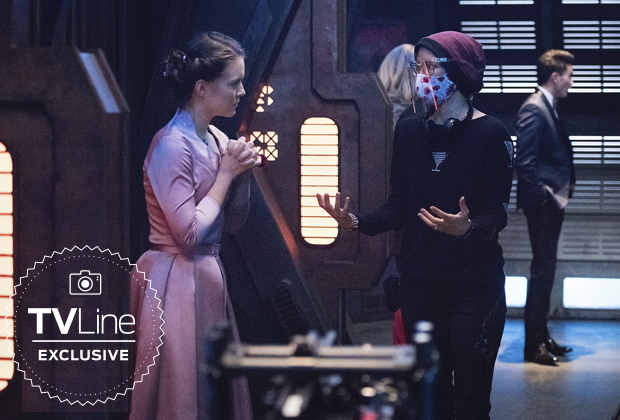 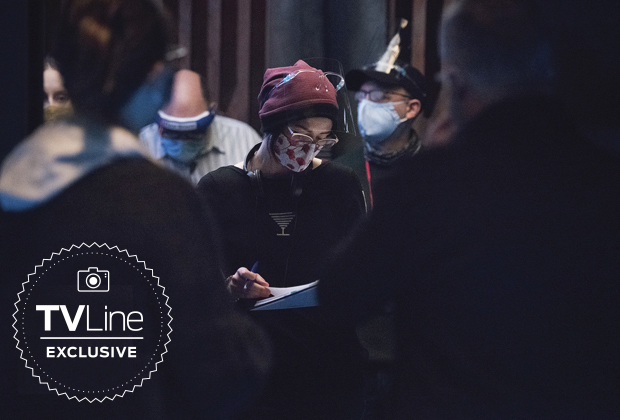