Cat Grant is headed back to Supergirl — but there’s a twist! A younger version of the journalist-turned-White House press secretary (played by Calista Flockhart) is set to appear during the sixth and final season, Entertainment Weekly reports.

Newcomer Eliza Helm has been tapped to play young Cat Grant in back-to-back episodes “Prom Night” (Episode 5) and “Prom Again!” (Episode 6) of the final season, which premieres Tuesday, March 30 at 9/8c The CW. The character will be introduced through flashbacks to the early days of Grant’s career, back when she was still going by the name of “CJ Grant.”

According to the official description, those Season 6 episodes find Cat “eager to step out of Lois Lane’s shadow and out from under her boss, Perry White’s thumb.” She chases a story all the way to Kara’s hometown of Midvale and the lead won’t go as planned. Instead, it will “put her on the trajectory toward the Media Powerhouse we know and love as Cat Grant.” 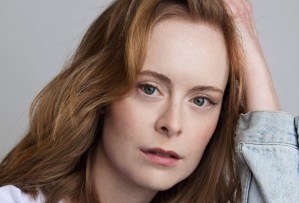 Details about the final season remain scarce, but we do know that the premiere will pick up after the events of the Season 5 finale, which found Brainiac (Jesse Rath) close to death after sacrificing himself in an effort to stop Lex Luthor (Jon Cryer). Lena (Katie McGrath), knowing how dangerous her brother is now that he’s used the Obsidian platform to brainwash half the world into becoming devout followers, “enlists the entire team — Alex (Chyler Leigh), J’onn (David Harewood), Dreamer (Nicole Maines), Kelly (Azie Tesfai) and Brainiac — to help, but Supergirl realizes that the only way to truly stop Lex is to sacrifice herself,” per the episode’s official description.