It’s hard to fathom why Wanda would save Leon from gunfire while watching the FX drama Snowfall (Wednesdays, 10/9c).

After all, he’s indirectly responsible for her addiction to crack. Yet, in the latest installment, which aired this past Wednesday, viewers saw Wanda (Insecure‘s Gail Bean) not only yell and warn Leon (Isaiah John) that his rivals were about to try and kill him in a drive-by, but she took a bullet to the hip as a result.

“Leon and Wanda used to be something major,” Bean tells TVLine. “In the Season 3 finale, we saw an alternate reality for Wanda and Leon as a couple. If Wanda didn’t have this cross to bear, she would be a strong and commanding woman in a loving relationship. It also shows just how different life would have been in the Black community if the government had not brought crack into our community. Look how far crack took us from our path.” 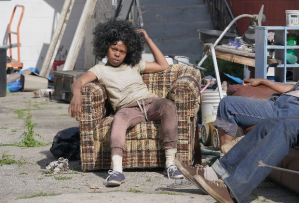 “They have love, like really genuine love. And more than anything, which I feel is greater than love, they have loyalty,” the Atlanta native adds. “Which is rare even now. Wanda and Leon both see the genuineness and loyalty they have for one another and that’s going to always keep them connected because Leon and Wanda came from something.”

In that way, Leon and Wanda are like a chosen family, she says. 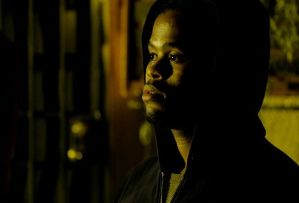 “Their home lives growing up may not have been as supportive as the loving family unit Franklin has,” Bean continues. “As dysfunctional as Franklin’s home life may come across, he still has the support and love of his family. Leon and Wanda bonded and they have so many similarities even though he’s the one who sort of got her hooked on crack. I mean, she was cooking in his crack house for him. But that bond is the backstory. When you find someone who has gone through things like you have and you struggle through something with someone, it creates an unbreakable bond and they will always have that. It’s like, ‘If no one else has you, I got you.'”

In Episode 4, Leon tries to return the favor by saving Wanda and getting her as much help as he can while she recovers in the hospital. Although John Singleton, who co-created Snowfall, died before he could work on Season 4, Bean says it feels like the way the story is playing out for Wanda and Leon is exactly how he would’ve wanted it to be.

“None of this would have been possible without the late John Singleton,” she says reverentially. “We wanted to pay homage to him. He passed while we were shooting Season 3, Episode 7. The finale was Episode 10, but John, who was such an amazing legend, had always been the director for the finales. I loved seeing Wanda’s alternate life in that finale and it was such a soft spot to shoot that without John. He was the one who had envisioned and planned out how that alternate-universe finale was going to go.”

“He laid the foundation for us,” Bean says. “We are working to make sure his legend lives on through Snowfall.”

As Singleton did, Bean wants to continuously remind viewers Wanda is a person first.

“It’s very exciting for me to have a character that has such a beautiful arc and so much depth,” Bean reveals. “‘Beautiful’ might not be a word that most people would use to describe Wanda’s journey, but I consider it beautiful because I can bring so much depth to it and remind people that addicts are human too.

“Wanda isn’t just an addict. She’s multidimensional,” Bean expounds. “There are so many plights that you already have to overcome as a Black woman in America. But once you add the layers of addiction, crack and poverty, the role becomes that much more intense.” 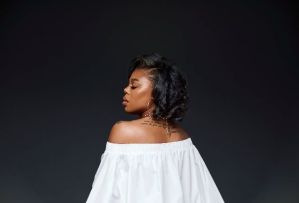 One of the ways Bean taps into Wanda’s humanity, she says, is to draw from her own personal experiences.

“All Black families have been affected by the crack epidemic, in some way or another, my family included,” Bean says, her voice softening. “I had family members that were on drugs. And I’ve only known them as addicts because I wasn’t born prior to their addictions. I didn’t get to witness them during that phase in their lives. I only knew them as addicts, but my parents and my grandparents, and other family members that are older than me, had this unconditional love for them. I knew that they saw the humanity in them and that’s what I wanted to tap into. I wanted to understand their love for these family members with addictions, and it makes me love Wanda even more.

“I didn’t know, when I got cast for the role, that she would eventually do drugs and become an addict and go down this dark journey,” Bean adds. “But it’s been very beautiful to have it unfold and experience this with Wanda, and see the other characters who have this unconditional love for her hold on to the person they used to know until that person can get back to them.”

Walter Mosley, who co-writes and executive-produces Snowfall, says Bean’s ability to bring depth to Wanda has allowed her to deliver some of the best acting he has ever seen.

“This group of actors that we have really has grown and developed over time and you’re just going to love them this season,” Mosley says. “That’s the main actors and actors who aren’t regulars like Gail Bean. She’s just an unbelievably good actor. She’s doing a performance that would be great in The Godfather. She could play opposite Marlon Brando.”

As flattered as Bean is by Mosley’s praise, she says more than anything she wants to shake up how people fighting addictions are viewed.

“Although I know people want to see her kick her addiction and see her get back to herself, there is no going back,” Bean says. “Even if she beats the addiction, she is going to be a new person. Crack changes you internally, mentally and physically. So, she will never be the Wanda that we all knew and loved. There will be glimpses of the old her that she might flash. But, it’s also a painful flash because it’s who she used to be. How will she get to that new version of herself? Sometimes we can fall into a hole so deep, we can’t see a way out.”

“The crack epidemic feels like it happened so long ago to so many people, especially for generations that came after,” she surmises. “They don’t really know it. The beautiful thing about Snowfall is the age range of our audience is so vast. People are being educated and so many people are better able to sympathize with addicts, who before they didn’t even see as human. I’m just grateful to bring humanity to Wanda.”