The producers of Shameless did not go easy on star Shanola Hampton for her directing debut. As the Showtime comedy nears its series finale, Sunday’s episode (airing at 9/8c) features pivotal moments for several characters, as well as an unexpected action sequence.

“I thought it was quite amazing that they trusted me with a jam-packed script,” the actress tells TVLine. “As a first-time director, sometimes they will give you the more diluted version of something, but they gave me this script that was jam-packed, in the middle of a pandemic. I felt trusted, and I wanted to do that justice. So I have to say thank you to [executive producer] John Wells and Sherman Payne, who wrote an incredible script.”

As for that aforementioned action scene, “the most daunting task for me, reading the script, was: I have never in my life shot a car accident before,” Hampton says. “That was the probably the scariest thing when I read the script.” 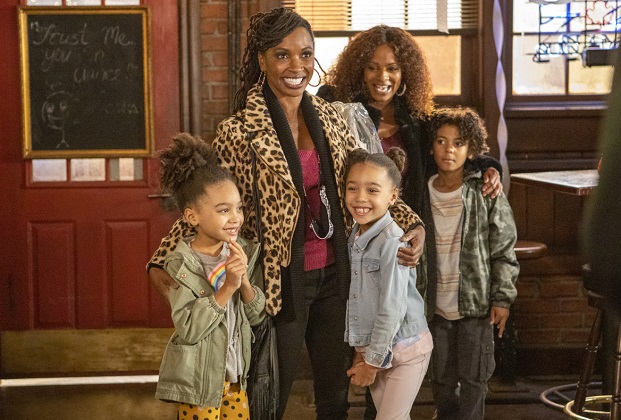 Hampton is “so happy” to have conquered that challenge, “because now I can go into [my next directing job] and be like, ‘Action? Oh, I have that! Romance? I have that, too! What do you need? I have that!'” the actress enthuses. “It gave me the opportunity to check a lot of boxes, so I’m very excited about it, and hopefully people will enjoy it, and it goes over really well, because I am truly, truly very proud of the episode.”

Hampton, who has played Veronica on the long-running comedy since the pilot, first got the directing bug in Season 8, after giving birth to her second child. “I was like, ‘OK, I know I’m done having kids. I’ve been on the show for X amount of years, but I feel like there’s something else pulling me,'” Hampton recalls, adding with a laugh that she is known to “produce and direct everybody’s lives that are friends or family members of mine.”

Hampton began her directing prep by shadowing Wells and her mentor, director Silver Tree, in Season 10, before finally taking the helm behind the camera in the 11th and final season. “I said, ‘I’m gonna just try it.’ Obviously, I didn’t know whether I was going to love it or not,” Hampton shares. But the experience proved to be transforming: “I love it! I cannot unsee what I have seen, and it’s ignited such a passion in me. It feels like home, and it feels right.”

Speaking of things that feel right, Hampton — who was hours away from stepping onto the Shameless set for the last time the day she spoke with TVLine — describes the show’s much-anticipated series ender as “fitting.” “It’s such a beautiful callback that we make to where we began, and the script is beautifully written,” Hampton describes. “I believe that people will feel satisfied at the end. You’ll feel sadness, of course, but you’ll feel like, ‘OK, OK…’ And these characters, they live on. You can see or imagine or use your mind to figure out where they are in three months, where they are at three years. You still live with them, and that’s a beautiful thing to have.” 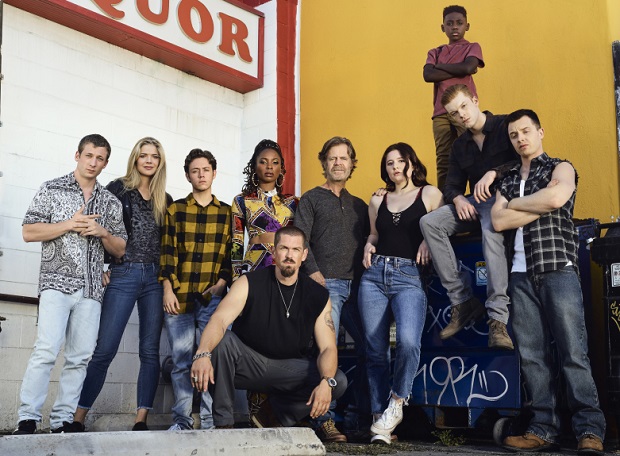 The final week of production has also been filled with lots of emotion off-screen. “Many of us have had restless nights this week,” Hampton says. “One of the blessings of the show that people may or may not know [is] we never left our set thinking we weren’t coming back. A lot of times, when you’re in shows, you’re on the cusp of getting cancelled or whatever the case may be. We sort of had this crazy security that you don’t get in this business.”