Walker is coming up on an unfortunate milestone: This Thursday’s episode (The CW, 8/7c) marks the one-year anniversary of Emily Walker’s death.

The Texas Ranger hasn’t been dealing with his wife’s passing very well, and the anniversary will, naturally, bring up even more emotions for the widowed father. “He definitely goes on a journey of grief within this episode, and a lot of it is about exploring those stages as the episode unfolds,” showrunner Anna Fricke previews. “I feel like even though he’s been home for these first five episodes, he hasn’t really been present, and he hasn’t really been processing. This is the beginning of him stepping out of that fog and seeing who his kids are and what they need, and dealing with his own emotions about Emily, about the death of Emily, and this sentimental space, the Side Step, and what that means to them.” (Geri’s thinking of selling the bar, so you can expect Walker to have plenty of thoughts about that choice.)

While Walker is mourning his wife, his brother Liam and his boss Captain James are digging into the strange circumstances surrounding Emily’s murder and the man who confessed to killing her. “They are starting to feel like something is not quite right, and so they’re going to further go down that road, looking into Carlos Mendoza,” Fricke shares. And they will continue to keep Walker in the dark about what they’re up to, “which is going to be a huge betrayal, because they were the ones who were so adamantly telling him to back off and to stop looking into it and stop chasing ghosts, and now that they’ve discovered that something is awry, they want to protect Walker until they have real information. But there’s just no clean way for them to do this. When the truth comes out, it’s not going to be easy.” 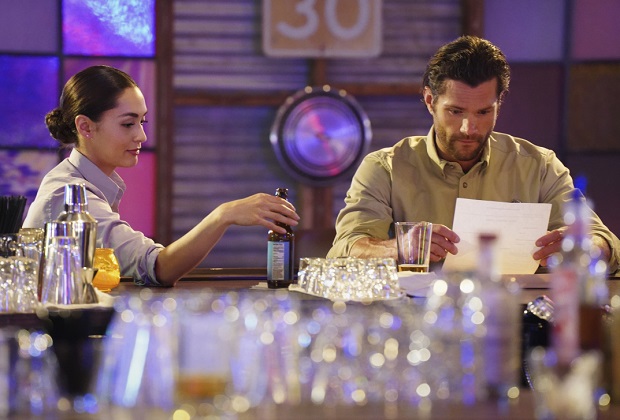 Elsewhere, Micki gets an unexpected visit from her mother Adriana (played by Telenovela‘s Alex Meneses), who is actually in town because of Walker. “She’s a court-approved psychologist whose job is to question those in law enforcement for excessive force and to give them mental assessments. So she’s here to question Walker and his actions,” Fricke reveals.

Adriana might just be doing her job, but “she and Micki have a very fraught relationship, so Micki is furious that her mother has inserted herself into her partnership,” Fricke continues. However, “as the dynamic between mother and daughter unfolds in the episode, Micki actually sort of learns something from her mother, and Walker learns something, as well.”