Warning: The following contains major spoilers for Thursday’s Walker. Proceed at your own risk!

Walker returned from a brief hiatus on Thursday with quite a few shockers. The biggest of all was discovered by Liam and Captain James after they tapped Hoyt to get close to Carlos Mendoza, the man who confessed to killing Emily. As it turns out, Carlos is a dying man and his niece has been getting a lot of hush money… which is coming from Geri’s LLP!

Meanwhile, Stella’s new friend Trevor finally met Cordell, but this was no ordinary meet-the-dad moment; Trevor recognized Cordell as his father’s old pal “Duke,” and revealed to the imprisoned Clint West (Austin Nichols) that “Duke” is actually a Texas Ranger.

Finally, Micki’s mom came to town to perform an assessment on Cordell, but ended up in trouble herself when she was arrested at episode’s end.

TVLine invited showrunner Anna Fricke to break down the multiple twists and what they mean. 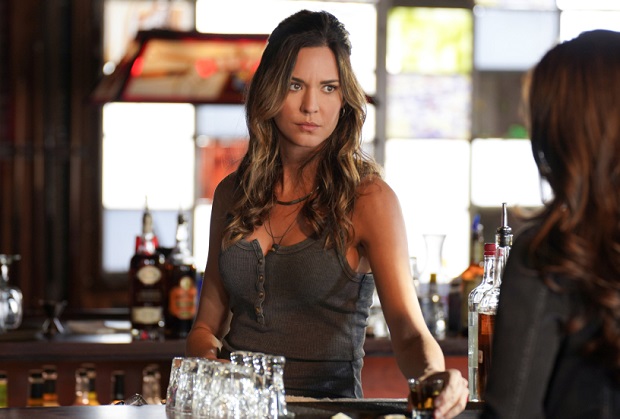 TVLINE | Captain James and Liam learned that Geri is connected to the hush money. First of all, is that as bad as it appears to be? Is Geri connected to her friend’s murder?
There’s a connection that doesn’t look great. [Laughs] And we definitely need to get to the bottom of it. But there is a connection.

TVLINE | Did you give Odette Annable any sort of direction for that scene where she’s driving in her car? Because the look on her face can be interpreted many different ways.
[Laughs] Yes, and Odette knows everything. She knows what happened. When we talked about that car scene with the director, we were like, “We’re gonna shoot it many different ways,” and the director shot a few versions. We were going for enigmatic, which I think she pulled off beautifully.

TVLINE | What are Liam and Captain James going to do with this newfound information about Geri?
They are going to go after it. They’re going to follow the money. So that’ll be an adventure that we can look forward to.

TVLINE | And how long are they going keep Cordell in the dark about what’s going on, especially in light of finding out that someone so close to him is connected to all of this?
They’re going keep him in the dark for longer than they should. When he finds out, we’ll discover they probably should have pulled him in sooner. It’ll strain their relationship, for sure.

TVLINE | Do you look at the “What happened to Emily?” question as a season-long mystery? Or do you intend to give answers earlier than that?
This is definitely something that is wrapped up in the first season. 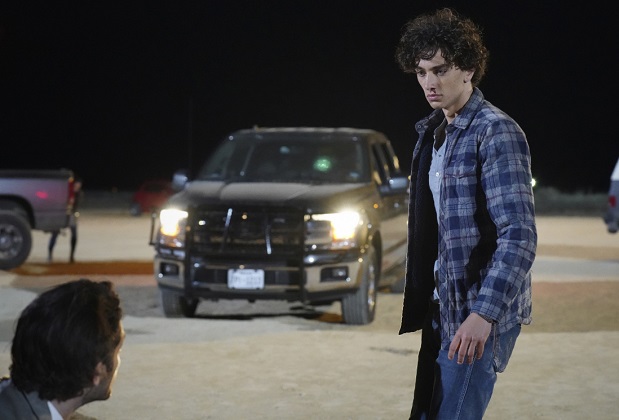 TVLINE | The other big surprise in this episode was that Clint West’s son Trevor recognized Cordell as Duke. How much danger is Cordell in now?
It’s not a great situation for our Romeo and Juliet of the season. It’s definitely a shocking moment. It’s funny, when Cordell walks in and stops Trevor and Stella from kissing, and Trevor just looks shocked, you think it’s because, “Oh, my girlfriend’s six-foot-five Ranger father just walked in.” But it’s because he recognizes him from this picture. In terms of danger, we’ll see. But it  has definitely complicated what was a very innocent first meeting between Trevor and Stella.

TVLINE | When Trevor went to visit his father in prison, at first I thought that he met Stella on purpose and was working for his dad the whole time. But it seems he is genuinely interested in Stella.
I don’t think it’s bad that you thought that, and I think you could think that because, for sure, Trevor has a really fraught relationship with his dad, and his dad is very manipulative. He does have Trevor under his thumb. Trevor is still, at heart, kind of a kid who’s scared of his dad, so there could still be some danger or manipulation happening

TVLINE | Is Clint going to start using Trevor to get payback?
I think he would like to, but I don’t know. Maybe love will win. [Laughs] 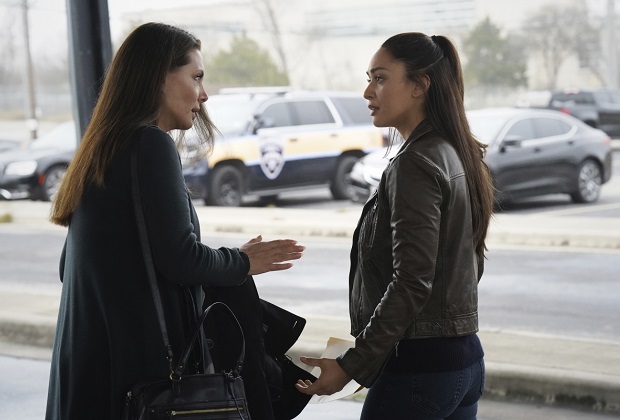 TVLINE | There was one more twist with Micki’s mom getting arrested. How will that play out next week?
We’re definitely, obviously, going to explore that. Micki is clearly shocked that her mom was arrested at the end of this episode, because it’s not behavior that fits Adriana’s profile at all. So Micki is very confused by that and then increasingly very suspicious of that. She is going to look into it until she gets answers.

What did you think of the Walker surprises? Hit the comments!